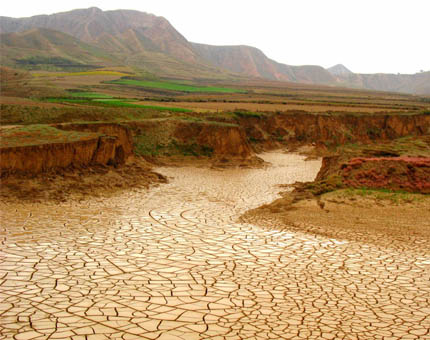 A PLACE OF REFINING

Being shut in a place of isolation with God has often proved to be an experience that transforms believers. Let’s take the prophet Elijah, for example.

In 1 Kings 17:1, we find Elijah bearding a lion in his den. The lion was King Ahab of Israel. This is the first mention of Elijah and it serves as a powerful demonstration of his obedience to the Lord under the most terrifying circumstances. Baal worship had invaded the land of Israel, promoted by the evil Queen Jezebel, herself a priestess of the Baal cult, and her godless husband, King Ahab. Jezebel came from Lebanon, where her father, Ethbaal, was the Baal worshipping King of Tyre and Sidon.

God had called His servant Elijah to confront Ahab with a prophecy based upon Deuteronomy 11:17 with which Elijah was clearly familiar. There was idolatry in the land and so God’s anger would be expressed in drought and consequent famine. Elijah was on safe ground as regards his prophetic words, but it made him ‘Public Enemy Number One’ as far as the government was concerned.

In His grace and according to 1 Kings 17:2-6, the Lord directed Elijah east from Ahab’s palace in Jezreel, across Israel to the Brook Cherith located near the Sea of Galilee. The Brook Cherith runs through a steep sided gorge and is today known as the River Yarmuk. The name Yarmuk is derived from the Greek, HIEROS MUCHOS, which means “Holy Ravine”.

In these stark surroundings the Lord fed His faithful servant, supplying him with meat and bread twice a day for a whole year. The text will show you that food was flown in every day by “RavenAir”!

Here was Elijah shut up in the remote gorge by the side of the Brook Cherith, but shut up with the Lord. We can be certain that while he was there the Lord was in fellowship with Elijah and preparing him for his future extraordinary ministry. It was certainly a quiet, secret place but the Lord was there with him. What a blessed state to be in.

After a whole year in which the Lord was refining Elijah, the water of the Brook dried up and the Lord directed Elijah to a village north of Israel right in the heart of enemy territory – Ethbaal’s Kingdom. Elijah was sent to Zarephath. He must have felt he had endured enough refining by the Lord, but imagine his disappointment when he realised where the Lord was sending him. Zarephath means ‘place of refining’! Elijah would be in Zarephath for two further years before the Lord released his prophetic ministry into Israel.

Zarephath, the place of refining, turned out to be a testing ground but also a place of blessing. A widow in the village cared for Elijah and provided him with his own room, where he was able to meet with God. He was mightily used by the Lord in ministering to the widow’s dead son and raising him back to life. When the Lord refines us, He can use the actual refining process to enlarge our ministry even as He is refining us.

Zarephath, the place of refining, turned out to be a testing ground – but also a place of blessing.

When Elijah emerged from Zarephath he went again to King Ahab and challenged him to arrange a contest on Mount Carmel. Elijah would represent the Lord and he would challenge the four hundred prophets of Baal to get their so-called “god” to pour forth fire from heaven to consume a sacrificed bull. 1 Kings 18 provides a graphic description of Elijah’s victory. The Baal prophets utterly failed in spite of their frantic and fanatical appeals to their false god. When Elijah stepped forward and appealed to the Lord God of Israel, fire fell like a lightning bolt from heaven and consumed the sacrifice and even the stones of the altar Elijah had built!

Elijah followed up his success by slaughtering the Baal prophets at the Kishon Brook at the foot of Carmel.

When Jezebel got wind of Elijah’s slaughter of her darling prophets of Baal, she was not happy! Jezebel swore vengeance on Elijah and God’s prophet wilted. He fled for his life and made for the Mountain of God, Mount Horeb, where the Lord had met with Moses and had given him the Law. It was a place famous for revelation of God and Elijah knew that was what he needed as never before.

When he reached Mount Horeb, Elijah went into a cave to spend the night. How Elijah needed the reassurance of God in the light of his having run away from duty! Fear of Jezebel had driven him to abandon his prophetic ministry and fear mixed with shame had left God’s prophet in a sorry state.

Being shut up in that cave gave the Lord opportunity to take time out with Elijah in order to prepare him for an astonishing encounter with Him the following morning. Elijah was instructed to leave the cave and stand out on the mountainside in the presence of the Lord.

Elijah was thoroughly familiar with the Five Books of Moses. He knew that awesome signs of God’s presence had rocked Mount Horeb  and frightened the people as God’s presence and power were experienced and the Law came forth to Moses. Elijah thought he was prepared. But nothing could have prepared him for the precise moment when the Lord spoke.

A hurricane ripped chunks out of the Mountain itself, an incredible earthquake shook it to its foundations and fire raged across the craggy precipices. Elijah must have been so puzzled. He simply could not discern the mighty Voice of God in these dazzling displays of His power! Then all went silent on the Mountain.

A mere whisper broke the profound silence. The still, small Voice! And in that still Voice, onward came the Lord. When he heard that awesome whisper, Elijah pulled his cloak over his face and stumbled from the cave. No need to stay longer: he had heard the Lord.

We do not know what the Lord said to Elijah in that pulsating moment. It seems as if God’s prophet never told anyone. It was so intensely personal. But then, in His amazing grace, the Lord sent Elijah on his way with an enlarged ministry and back to the place from which he had run. That’s the grace of God!

Elijah entered the cave and self-isolated. But the lord met him there and in that still, small Voice He changed Elijah from the man of fear into the man of renewed, granite-like faith!

Let’s enter that quiet place again to meet with God in SILENCE. Say little and listen hard. Allow the Lord to reassure with His still, small Voice to send you on your way with renewed faith and a determination to worship the Lord in spirit and in truth: utterly committed to Him, having a sure sense of calling and empowering.

Chris Hill has been a preacher for sixty years. He was a Minister in the Church of England but then resigned to minister more widely. Chris was for a time Principal of the Christian Life College in London and Teaching Director at Pilgrims Hall and Mulberry House in Essex. Chris and Lindy live in Oxfordshire. For 40 years, Chris led Bible Tours of Israel. His Books and recordings are popular with folks devoted to God’s Word.