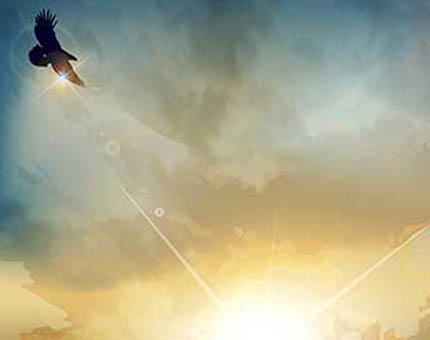 Daniel Holland considers the quiet but profound encounter between Jesus and that unnamed, unknown Samaritan woman by the well

Jesus and His disciples were travelling through Samaria, but they weren’t rushing, like the priest and Levite in the parable of the good Samaritan. So much about this prophetic encounter is counter-cultural and revolutionary. Firstly Jesus and His disciples are travelling through Samaria: a region populated by the progeny of intermarriages and extramarital relations between Jews and Assyrians (720 BC). These are a mongrel race, shunned as morally inferior and unclean. Samaritans were a stench in Jewish nostrils; a reminder of a painful and shameful episode in their history. They gave as good as they got, hating the Jews back. The Pharisaic practice of brushing the dust from their feet originates from removing the contamination from this region, should they be compelled to pass through Samaria.

Jesus’ journey wasn’t ‘a necessary evil’. The Lord and His disciples stopped at Jacob’s well, a place purchased by Jacob from Shechem (Gen 33v 19). It is steeped in patriarchal history (Joseph is buried nearby Josh 24v 32, Mount Ebal is close Deut 11v 29). There’s something about being evangelistic and prophetic that gets you to the right place at the right time. Jesus is a masterful friendship evangelist, and a prophet.

Remember, a Jewish man would not normally interact socially with a strange woman especially in public. Jesus’ ministry continually challenges the social norms regarding women and takes opportunity to affirm and uplift them. Small wonder that women ran to him, and loved him so much. They still do.

But this time, surely, it’s beyond the pale? The Samaritan woman is at the well alone at noon, the hottest part of the day. Normally village women would go together to a well just after sunrise and then again at sunset. There would be safety in numbers from bandits and unwanted male attention, and fellowship in their travelling together. Why is this woman out alone at midday?

Jesus’ interaction with the woman is so natural; immediately He puts her at ease by asking a favour of her – for her to draw water (echoes of Eliezer and Rebecca Gen 24?). By putting himself in her debt, Jesus indicates a desire to converse as equals. This is no threatening command. It’s human to want to relate to people from a position of strength, where we are the givers. It takes humility to be the recipient of kindness and hospitality.

We discover through Jesus’ word of knowledge that she has five husbands and the man she is now with is not her husband. Almost certainly she is an outcast from the female contingent of her community, viewed with a mixture of hatred, hostility and fear. Maybe she has reason to fear for her own physical safety if she tries to mingle with them? Ex-wives and their friends would hardly welcome this man-stealer. To say that she had a complicated past would be an understatement. What’s more, as a woman of questionable morals she could even be out to attract attention from shepherds and farmers and solicit them at their leisure (Song of songs 1v 7, Ruth 3).

On every level Jesus is prophetic in reaching out to her; crossing a huge social divide that separates them, He brings her into a Kingdom that welcomes and values women from every ethnicity and walk of life. Women will play a key part in the Kingdom of God and this Samarian will be among the first. No longer will she be downtrodden and sidelined by those who love the law, but have no law of love.

John is the only gospel writer to include this encounter; she is given a teaching masterclass, equal to the one Jesus gave Nicodemus. Jesus concludes this encounter with the earliest and the most direct affirmation of His true identity that He gave to anyone. Jesus does not consider her a swine from whom to withhold His pearls; but rather a worthy recipient of His highest truths. Suffice to say His disciples are shocked when they return to find Jesus conversing with her.

Jesus is prophetic; He gives a couple of words of knowledge (not explicitly prophecy which tends to relate to current or future events) which quickly pierces her religious façade. It is interesting that a woman of her moral provenance seeks her defence in religiosity. Why did Jesus use this evangelistic approach with her; possibly because prophecy gets to the heart very quickly? An intellectual or philosophical approach might have played into her chosen defence mechanism. She wanted to pivot in that direction. Jesus as always is the perfect balance of grace and truth; we sense their friendship and trust growing like a watered plant.

The answer to her question, ‘Are you greater than our father Jacob?’ is a resounding YES! Jacob may have dug a well to quench the physical thirst of the local people, but Jesus brings spiritual water for people to drink in a barren wilderness of doubt, fear and empty religiosity. Living water that will satisfy eternally,

“Let anyone who is thirsty come to me and drink. Whoever believes in me, as Scripture has said, rivers of living water will flow from within them.’ (John 7v 37-38)

Jesus segues into a valuable teaching for His disciples while this newly missionary Samarian woman brings her whole village. “Come, see a man who told me everything I ever did. Could this be the Messiah?” (John 4v 29) The village must have been impressed with an immediate transformation in this woman as she was in no position to command. Her face surely was glowing and she could look them in the eyes for the first time in years, all shame gone. I would love to know all that Jesus did in the two days He stayed. Faith must have been riding very high! And what became of the woman, and which man, if any, did she end up with? We can only speculate; with prophetic evangelism we do our part and may never know the end of the story.

They said to the woman, “We no longer believe just because of what you said; now we have heard for ourselves, and we know that this man really is the Saviour of the world.” (John 4 v 42)

Daniel Holland is a UK missionary with Through Faith Missions. This is a short extract from his forthcoming book “Prophetic Evangelism”, due to be published in Fall, 2020. He also authored “Through The Tunnel – Free at Last” published by PUSH Publishing.