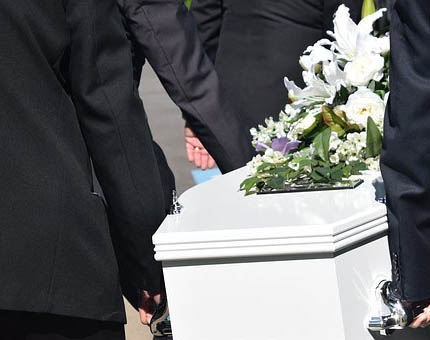 The “industry” for kind killers has taken off in recent years. Why? And how does this speak to us in terms of God’s purposes? Peter Sammons investigates …..

Kind Killer as a philosophy

Strangely no one has a serious answer to the objection what happens if a Smack-addled driver mows down a pedestrian? – “my choice – your body” would surely be the appropriate mantra there. If there’s any answer at all, it is usually a shrug. “Life is dangerous” they say, and ‘accidents’ will happen.

Narcotics abuse leads to pressure on already over-burdened health services. In the UK The Economist newspaper has argued for decades for the relaxation of narcotics law, using all the old hoary ‘arguments’ that have been comprehensively debunked so many times before. The Economist acknowledges, with a shrug, that there will be many more drug addicts. Never mind, they say, health services will simply need to be reinvested to “deal with” these additional victims. Since it is the ordinary taxpayer who must fund health services, and there is NEVER sufficient provision to meet all health needs and expectations, the mantra of “my body, my choice” wears a little thin! No one ever asks the long suffering taxpayer! “My body – your wallet” might be an underlying mantra here, but that is an argument that is seldom aired.

Today the ‘Kind Killer’ industry is campaigning ‘religiously’ (perhaps that’s an unfair term, since most advocates are atheists!) for the legalization of euthanasia. The flavour of their argument is similar to that used for the legalization of abortion. It would be kind, they used to say, to provide abortion “services”, because of the ‘huge number’ of “back street abortions” that were said to blight so many mother’s lives. Whether there was in reality a huge number of such abortions seems, in retrospect, rather doubtful.

But the claim served the purposes for which it was devised. Today the euthanasia ‘case’ is predicated on similar grounds. The heart-rending “story” of someone who suffers ‘terribly’ and wants to do away with themselves, is the one most often paraded by the ‘mainstream’ media.

When abortion (the killing of a pre-born baby in the womb) was argued in the UK before 1967, the British Government then, under Harold Wilson, assured the electorate that abortion would only ever be an exceptional procedure:

That was then. Today all these safeguards have been legislated away. Today we have, virtually, abortion on demand, and that is the stated aim of the abortion industry (those ‘kind killers’). “My body – My Choice!” A shame no one can ask the baby in the womb for its choice!

But the history of the UK abortion industry should be a clear warning of what will happen when euthanasia is legalized. Whatever safeguards are promised will quickly be whittled away – as is the case with any controversial social ‘reform’. The experience in many countries that have legalized euthanasia is that it quickly becomes uncontrollable. Forced life ‘terminations’ are not unknown:

Dutch doctor prosecuted for euthanize that was resisted:

Australian man had reasons to euthanize his wife:

As my mother used to say, “bad cases never make good law”. The Kind Killers always find ‘cases’ to illustrate their project to change the law and make killing easier. With mainstream media 100% behind these moves – in many cases orchestrating them – the broad electorate is ill informed about the real agendas at play. When euthanasia is legalized, the new “freedom” will be egregiously abused, but the courts will not intervene. Today in New Zealand a referendum is underway to rubber-stamp euthanasia law (EoLC) already passed by the NZ government. The question has now become – “Is the End of Life Choice Act safe?”

NZ citizens can vote yes or no to it in a referendum. Deliberately killing yourself, let alone empowering doctors and nurses to kill you, cannot ever be ‘safe’! When, however, the majority of legislators insist that it can, we have to fight them on their own ground. VoteSafe, has highlighted issues that should give everyone with a sense of their own mortality pause for thought.

In a society where elder abuse appears to be common, including by family members, EoLC only requires that a doctor acting on a request for euthanasia “do their best to ensure the person exercises their wish free from pressure”. Do their best? That sets the bar rather low! There is no formal requirement for assessing coercion. How good will that “best” be when the doctor hardly knows you, let alone your family? How much time can the doctor invest in the process?

Despite open-ended provisions like this, advocates of the NZ law claim it is watertight. According to one recent poll two-thirds of New Zealanders will vote yes in the referendum. Leading political contenders from left – Labour Prime Minister Jacinda (Be Kind) Ardern – and right – National leader Judith (Crusher) Collins – both voted for EoLC. They and other MPs had the advantage of debating it in parliament and listening to the opposition’s arguments. It is a safe bet, however, that 90 percent of NZ citizens have never read the legislation that sails under the ‘Kind Killer’ flags of “choice” and “compassion”. Many Kiwis will vote on the basis of superficial – or occasionally more serious but subtly biased – media coverage.

The agenda of ‘Kind Killers’ is to create a world where “terminating” one’s own life is a universal “freedom” – probably eventually to be ‘protected’ under the universal declaration of humans rights. Today controlled euthanasia, tomorrow euthanasia on demand, the same as abortion. And the day after?

So what’s really going on?

In Ireland the proposed new law on Euthanasia will not be limited “just” to the terminally ill. Killing yourself in Ireland will be a ‘lifestyle choice’ – or perhaps a death-style choice: https://alexschadenberg.blogspot.com/2020/09/irish-assisted-dying-bill-is-not.html . Even the Irish Bill’s promoter seems disingenuously unaware of what his Bill covers: https://thelifeinstitute.net/blog/2020/gino-kenny-doesnt-seem-to-know-whats-in-his-own-bill-on-assisted-suicide?mc_cid=711bb56bff&mc_eid=aca4013d9c#

We all know that soon the elderly will feel themselves a burden on their children and society. And soon – very soon – there will be a simple cost-benefit analysis associated with the elderly.  Old people cost the State quite a lot to look after. If they can be persuaded that they would be ‘better-off’ out of it, then the State will save a lot of money: https://alexschadenberg.blogspot.com/2020/06/belgian-professor-of-nursing-challenges.html

Tragically, of course what is really happening is that Mankind once again wants to act as “god” independently of his Creator God. In the book of Job we have that wonderful verse “The Lord gave and the Lord has taken away”. Followed of course by the magnificent “blessed be the Name of the Lord.”

It is normative Christian understanding that God is Sovereign and works out His will. In the account of Job it is clear that Job becomes the focal point of a direct spiritual battle between God and satan, so we cannot assume that Job’s experience is common to all. However, Job’s general response to his circumstances, that God is worthy of Job’s undivided worship, is a truism that has sustained God’s peoples for millennia. It is interesting that Job’s so-called ‘comforters’ seem to have mixed motives as they counsel him. Today of course, one ‘comforter’ would undoubtedly suggest to Job that he allow himself to be euthanased and so escape his problems.

It is noteworthy that the number of the Beast in Revelation chapter 13 is directly described as the number of Man(kind). The future “Beast” will be enabled, supported and followed by the wider population (excepting true Christians, and Jews). Remember Adolph Hitler was an elected leader, with widespread support! Rev 13: 18 tells us that the Beast’s number is 666 and states categorically that this is Man’s number. It is, perhaps, man X man X man – an unholy trinity. It is the time when Man worships himself rather than his Creator God, when Man worships evil and rejects holiness. Within this evil reign life becomes ever cheaper, and even though God sends great woe upon the Earth, still stiff-knecked Mankind refuses to budge (Rev 9:20-21).

There is a reckoning to come.