The Feasts of the Lord – Sukkot   by Rufus Barnes 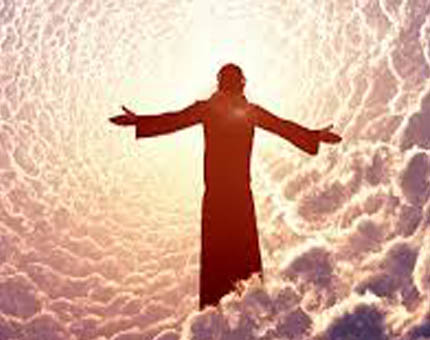 The last of the autumn feasts is Sukkot, or the Feast of Tabernacles. It comes five days after Yom Kippur and it lasts for eight days with a special day added on at the end, called Simchat Torah, or the Rejoicing in the Law. The first and eighth days of the Feast are days of rest or holidays. It is one of the three pilgrim feasts when the Jewish people were required to go to present themselves before the Lord at the Temple in Jerusalem.

Sukkot gets its name from a central tenet of the Feast that for the eight days of its durationthe people were required to live in specially constructed booths – ‘Sukkot’ in Hebrew, the singular of which is Sukkah. Why were they required to live in such booths? This was to be a reminder of when the Jewish people were wandering in the wilderness and they would have had temporary, flimsy homes with rooves through which the stars could be seen on a clear night. Today sukkot are built on the same principle. The roof has more open space than covering and a dining table is usually placed in each sukkahat which the main meal of the day is eaten. In warmer countries some members of families, often the children, will still sleep in sukkot.

‘Thanksgiving’ is central to Sukkot. In the calendar year it is the time of the latter harvest for which God is to be thanked.Four species are central to Sukkot and are tied together and each evening special blessings are said over them and they are waved in all directions to symbolise God’s omnipresence over His creation. The four species are the palm branch, the myrtle, the willow and a peculiarly Israeli citrus fruit resembling a lemon, called an Etrog. The Etrog is the subject of extensive examination before being chosen for the festival; every family wanting the most perfect example they can find.

We celebrate the birth of Jesus on the 25th of December, but the Bible does not actually tell us when He was born and in a sense it does not matter – the important thing is to celebrate His birth. However, careful study of the scriptures – particularly those relating to Zacharias, the father of John the Baptist and a priest serving in the Temple who we are told in Luke 1 verse 5 was of the Division of Abijah,enable us to consider another possibility. Abijah is one of the priestly divisions referred to in 1 Chronicles 24 vv 7-19. Each division served in the Temple at specific times in the year. Biblical scholars believe that using this information and the fact that Mary conceived when her cousin Elizabeth was in her sixth month of pregnancy, it is likely that Jesus was actually born at the time of Sukkot. If this is the case then the reference to Jesus becoming flesh and tabernacling amongst us is particularly poignant!

John’s Gospel tells us of an important link between Jesus and this Feast.

In Biblical times during Succot a priest would take water from the Pool of Siloam and carry it to the Temple. There the priest would pour the water over the altar amid great rejoicing of the people. This was to prophectially illustrate the days of messianic redemption. John 7 verse 37 tells us that on the last day of this Feast, when this ceremony was taking place, Jesus proclaimed‘If anyone is thirsty let him come unto me and drink’.An amazing messianic proclamation.

I have emphasised that the Feasts of Leviticus 23 are the Feasts of the Lord. We should not think of them as Jewish Feasts. Sukkot has a future relevance that will impact on us all. Zechariah 14 tells us that when the Messiah comes a second time He will return to the Mount of Olives and verses 16 – 19 tell us that at that time representatives of all the nations of the earth will have to send representatives to Jerusalem for the Feast of Tabernacles or their countries will have no rain.

I mentioned the ninth day of the Feast or Simchat Torah. On this day the Jewish People end the annual cycle of reading the Torah (the first 5 books of the Bible). They read the last verses of Deuteronomy and start again with the first verses of Genesis. As the name (Rejoicing in the Law) implies, there is great rejoicing at the completion of the reading of the revelation of God.

After becoming a Believer and getting married, Rufus Barnes went to Bible School in Jerusalem where his eyes were opened to the Hebraic root of the Christian faith. He is currently Vice-Chair of CMJ UK, is on the leadership team of Hephzibah Cambridge and leads an Israel prayer meeting in his home town in Essex UK. He has led a number of study tours to Israel and was Chair of Love Never Fails.