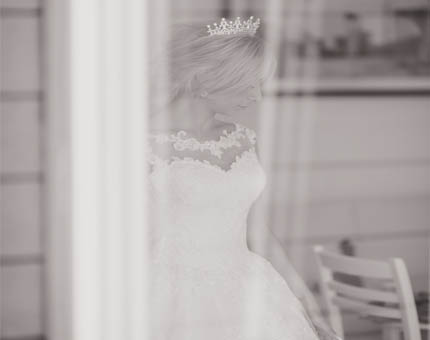 What does it mean to worship our Father with unveiled faces? Peter Sammons ponders the question …….

2 Corinthians 3:18, ESV: “And we all, with unveiled face, beholding the glory of the Lord, are being transformed into the same image from one degree of glory to another. For this comes from the Lord who is the Spirit.”

Wow! The first response as we look at this key verse is to be amazed at the truth it brings to us. First, what is its context? The verse is contained within a portion of 2 Corinthians that explores, and revels in, the New Covenant. Some point out that what we call the New Covenant might be better described as the Renewed Covenant, now that the “priestly” (or Moses’) covenant is extended to cover all who place their trust and faith in Jesus. That’s a discussion for another day! We shall park it for now!

In 2 Corinthians 3 Paul ruminates on the fact that under the older Moses’ covenant, a veil was in place which prevented those blessed by and through the covenant from properly appreciating its purpose and beauty. Indeed those living under that older covenant in some measure had their minds “hardened” (3:14). Yet those who were far off have now been brought near.

Paul had been referencing Exodus 34, which tells us how the skin of Moses’ face shone after his meetings with God. Moses’ face so powerfully showed-out God’s glory that he covered it with a veil to protect the Israelites from even the reflection of God’s presence. Their sin at that time had caused their minds to be hardened. In that condition, God’s glory was absolutely unbearable to them.

Paul has just described the only way for this separation between sinful humans and God’s glory to be removed. It is not through study, or attempts at obedience, or even religiously following the Torah (“teaching”). God removes this “veil” between Himself and people only when we come to Him through faith in Messiah Jesus. Only in Messiah Jesus is sin forgiven once and for all. Only then does God’s Holy Spirit act to remove that veil of hardness and allow those in Messiah to see God’s glory as He has revealed it in Jesus.

Paul shows that this moment of spiritual revelation is followed by spiritual transformation. With ‘the veil’ gone, all those in Messiah have unveiled faces, boldly looking at Jesus, Who is the glory of God. We can now see Him for Who and for what He is. This act of ‘seeing’, and understanding, the nature of Messiah begins the process through which God transforms His children into the very image of Messiah.

Paul writes that this change happens from “one degree of glory to another” or “from glory to glory” in the Greek language. It is a remarkable promise. Not only are those in Messiah Jesus finally freed to see God’s glory, but they begin to become God’s glory as they begin to become like Jesus. This is not something we accomplish for ourselves through discipline or self-will. Paul insists that it is the Holy Spirit Who makes this happen in all those that are in Messiah Jesus. Seeing the glory of God in Jesus initiates what some call “progressive sanctification,” meaning that we become more and more like Jesus as we are changed by His Spirit over time.

For us then, the question becomes, is my face veiled or unveiled?

Why might we have veiled faces? A first thought is that of a bride whose face is unveiled when she is pronounced married and prepares to kiss her groom. We, those in the family of the redeemed, who have believed in Messiah Jesus, have left our own way and embraced Him as Lord. Now we have unveiled faces. The moment we received Him, John 1:12, we were given the power to become His children. But we also became part of the Bride of Messiah.  So, Ephesians 1:13, when we heard and believed, we were included in Jesus and given His Holy Spirit. As we received Jesus as Lord, believing in our hearts, confessing with our mouths, Romans 10:9-10, we became that Bride. Jesus knows those who truly receive Him and they are His promised Bride. Yet every Bride must traverse from promise to possession, with her confession of “I Do.” Then we are proclaimed as HIS. The veil is metaphorically lifted and, as we lean forward to Him, so He leans forward to us. We are now His Bride with unveiled face. What a beautiful picture!

Another image of ‘veiling’ is that caused by shame. We don’t want to be counted among the openly wedded bride of Messiah Jesus, and we become ashamed of His name. Metaphorically, we cover our faces. All of us, surely, at some point have been guilty of doing what Peter did in the Garden when asked “aren’t you one of His disciples?” We may ‘veil our faces’ and say, “no you are mistaken, I am not His, I am someone just like you.” What a sad and shameful thing! At the coffee pot at work, or in the marketplace, or out on the games field, or out in our neighbourhood, to veil His glory within us and say “no, I am not one of His.” The truth is, if we belong to Messiah, we really cannot hide it. The world can see His glory peeking around the veil. We can change our talk, even call down curses, but we protest too much! They know it, and we know it, but there we stand with pretend veiled faces.

Another reason why our face may be veiled is that we have has never confessed Jesus as Lord, believing in our heart that God raised Him from the dead, Romans 10:9-10. Perhaps we have never called on the name of the Lord for Salvation, Romans 10:13. But we need not have a veiled face, the offer to be His Bride is for you too! As you hear His promises of love and provision, as you hear the president say “do you promise to love and obey, will you receive this ring?”, we then know that all we need to do – indeed must do – is to say “yes, I Do!” When we do that, we become part of the Bride, with faces unveiled. We become God’s great glory of redemption, forgiveness, cleansing and restoration. Only Believe, only receive.

Just at this moment around the world, Christians are being forced rightly, or wrongly, (you make up your minds!) to cover our faces in the presence of our King. Perhaps it is time for judgement to begin with the Church. That modern, institutional (institutionalized?) and denominational church that has so abandoned the ancient paths, and been effectively dead in the water on so many current moral and ethical questions – largely adopting the mores and the attitudes of the world at large, has now been sliced and diced as at no time in its history short of outright and sustained government persecution.

At no time in history has the collective ‘church’ been told that it cannot sing (unless of course it is told it cannot meet, something slightly different). At the very time, perhaps, when many outside the church might have sought the solace of the ‘church’, so that same ‘church’ has been conspicuous by its absence. Has it become the ‘macavity cat’ church? Has God visited this indignity upon the ‘church’ in view of its large-scale abandonment (particularly in its high places) of the traditional, received revelation? The ‘church’ looks like the world. And so the world does not seek the church! Perhaps this is a good thing in the long run, as it may just be a wake-up call for the ‘church’.

At no time in history, outside of outright and egregious persecution, has the church been told it cannot break bread. Yet that is the position today. And many within those “churches” are in wholesale agreement with this situation. Jesus commands us to do this in remembrance of Him, yet many say “sorry Jesus, that is just too dangerous, and we do not trust You to keep us alive, anyway” (Am I being unfair? You decide!).

Is the legal compelling to cover our faces in our Lord’s presence, His way of telling the institutional ‘churches’ that enough is enough? Since we have chosen to hide His glory and become just like the word in virtually every area, so God has made the metaphor into a physical reality. He will no longer look upon our faces. We now have to hide them in His presence. We do not, by and large (certainly in our denominational institutions) reflect our Lord. And if judgement begins in the House of the Lord (1 Peter 4:17) then what hope is there for the world at large?

Jesus said “let him who is innocent cast the first stone”. Perhaps the modern challenge is “let him who has not adopted the mores and the practices of the world, be the first to come into My house and remove his face mask”. I hope I’m being slightly unfair, but the challenge is real.

Peter Sammons is commissioning editor at Christian Comment. He is author of “The Empty Promise of Godism” which explores the ‘churches’ clear design to meld with the other religions of the world, following “god” as they see it, but minimizing the truth of the Cross. Online link to PDF here: https://christian-publications-int.com/default-65.html