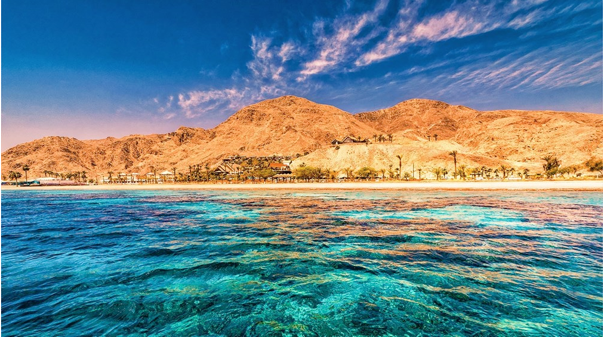 A Biblical Perspective on the News

A warm peace between Israel and Arab nations

The normalization of relations between Israel, the United Arab Emirates and Bahrain, mediated by President Trump, was welcomed with open arms by most Israelis. Following are some of the more interesting insights about this historic event:

Lahav Harkov said if Israeli PM Bibi Netanyahu had a doctrine, it could be summed up as “Security first.” Or as Bibi once said, “protecting ‘life itself’ comes before other matters.” For Netanyahu today, this means “Iran, Iran and more Iran,” and Iran is one of the major reasons for “the historic announcement of Israel’s third-ever peace agreement with an Arab country,” the UAE.

Iran is a major factor pushing Israel and Gulf States together. After former US President Obama signed a nuclear deal with Iran and world powers in 2015, “Israel began sharing intelligence with several Gulf States,” who also felt threatened by Iran.

A part of Bibi’s doctrine is preference for the status quo with the Palestinians. He has been skeptical of big changes, “whether peace plans or sovereignty moves.” While he “wanted the Trump peace plan to include Israel applying sovereignty” to its settlements, “he would only do it with American support.” And when an opportunity of real peace with the UAE arose, he agreed to suspend extending sovereignty for now.

Political opponents “to his right, and settler leaders” were upset by this, yet he can “claim a victory” as he made peace with an important Arab nation, “and unlike former prime ministers Begin or Rabin” he did not “make any real concessions,” other than suspending what Israel doesn’t even have yet. (“Normalization with UAE is a win for the Netanyahu Doctrine” L. Harkov, JP analysis, 13 Aug. 2020)

Benjamin Weil wrote, “For years, statesmen and diplomats… claimed it is impossible for Israel to reach a peace agreement with any Arab state without first” making peace with the Palestinians, which included trading land-for-peace, destroying settlements, dividing Jerusalem and creating a “Palestine”. The idea that Israel could sign “a peace agreement with any” Middle East [ME] Arab nation before all of the above was done was considered insane.  The treaty with the UAE proved this wrong.

A major benefit of this treaty is Israel allowing the UAE “future access to Mediterranean ports, thereby bypassing the need to send oil tankers” via the Straits of Hormuz, which is under daily Iranian threats. (“UAE, the first domino to fall,” B. Weil, Arutz 7 Op-ed, 14 Aug. 2020)

As expected, the UN remains stuck in anti-Zionist mode. In September UNSC members rejected Trump’s peace plan and called for “a resumption of Israeli-Palestinian talks based on the pre-’67 lines,” while endorsing half-heartedly the peace deals Trump brokered between Israel, the UAE and Bahrain.

EU nations on the Security Council, Germany, Belgium, France and Estonia, plus Norway and Ireland who are about to be part of the UNSC in 2021, all agreed that, “The two-state solution, with Jerusalem as the future capital for both states, is the only way to ensure sustainable peace and stability in the region.”

China and Germany backed a call “by Palestinian Authority [PA] President Abbas for an UN-convened” conference early next year “to resume talks with Israel, based on the pre-’67 lines.” And Germany “demanded” that Israel trash all plans “to annex portions of the West Bank, cease settlement activity and the demolition of illegal Palestinian structures.” That Germany still has the gall to demand anything of Israel is unbelievable. (“UNSC members: Israeli-Palestinian talks must be based on pre-1967 lines,” JP, Sept. 30, 2020)

After the peace treaty signing, Bret Stephens, an anti-Trump columnist at the NY Times, said, “those of us who are frequently hostile to” Netanyahu and Trump need to recognize when they have done something special, because “what happened between Israel and two former enemies is an honest triumph in a region, and in a year, that’s known precious few.” He said Trump “has done more for regional peace than most of his predecessors,” and added “how wrong a half-century’s worth of conventional wisdom has been,” which had insisted that “solving the Israeli-Palestinian conflict remains key to sustainable peace in the ME.'”

Stephens: “The rise and fall of ISIS, civil war in Syria and anarchy in Libya, Turkey’s aggression against the Kurds, proxy battles and hunger in Yemen, political turmoil and repression in Egypt and Iran, the bankruptcy of the Lebanese state, the plight of ME refugees – if any of these catastrophes have something in common, it’s that they have next to nothing to do with the Jewish state or its policies.” (“Let us not abandon the sovereignty plan,” Dr. J. Frager, Israel Hayom Op-ed, 16 Oct. 2020)

“Sanctify them through Your truth; Your Word is truth.”