Phinehas and an Unnamed Woman 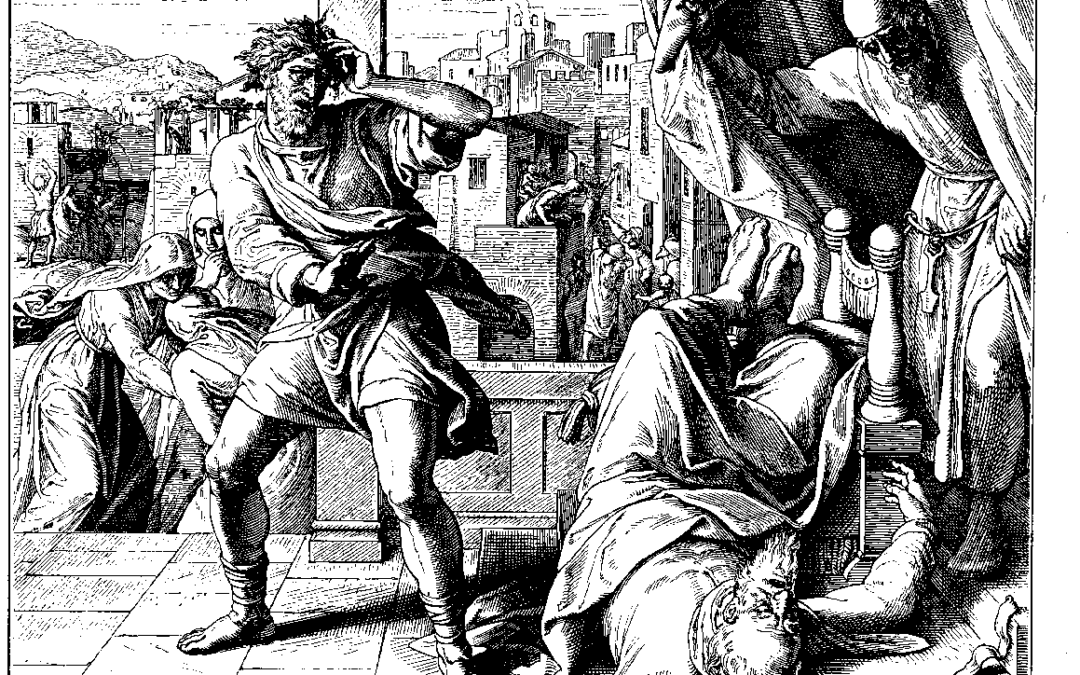 Phinehas and an Unnamed Woman

Jonathan Redden continues his occasional series looking at marriage, and how God feels about this foundational gift …..

Warned, but no action!

There are few statements in 1 Samuel about this marriage, but enough to illustrate some important concerns. Eli who we have already met had two sons, Hofni and Phinehas. They were privileged young men who, with Eli,  were priests of the Lord.

The Bible describes them as “corrupt and did not know the Lord”. Furthermore, they slept with the women who served at the tent of meeting. They went through the religious ceremonies, they burnt incense in the presence of God, but in their hearts and minds they were mere performances and they pursued their duties for personal gain. Such men to this day have been present and a scandal to God and His people. Although Eli their father knew about these things, his great flaw was that he warned them but did nothing about it.

We know that Phinehas had a wife, and one can understand the daily sorrow in her heart. She would have become aware at some point in her marriage of her husbands faithlessness to God and to her. She had to cope with the presence of this philandering partner. A few claim that an affair has improved a marriage, but the experience of most is that it has been severely and profoundly detrimental. Adultery does not automatically lead to divorce, but it is a major factor in many. The emotional effects on the husband and wife can be devastating. Although men are more likely to cheat on their wives, they tend to react more when their wives are unfaithful.

As time went by, she came to the knowledge that her husband was not the believer she thought he was when she first married him. Such a realization can be devastating to a Christian spouse. She might have come to the conclusion by herself or a friend may have told her by the question, “Don’t you realise what your husband is doing? Did you not know that he is cheating on you?”

Afterwards, she might have put a brave face on it and tried to carry on as best she could.  When she went to the market, perhaps she could see others making knowing glances and muttering behind their hands. Each knowing look, each stifled snigger would remind her of her pain.

She had married into a leading or aristocratic family, and saw that her articulate, well-spoken charming husband was a quite happy to sleep with other women and was a law unto himself. It is a state of affairs that has repeated itself many times since then. She could not divorce him although she had just grounds and was therefore trapped in a faithless marriage. In her position, it was probably unable to share and discuss the situation with anyone. She had to be the dutiful, resilient wife of a corrupt husband.

Nevertheless, she managed to cope and perhaps Phinehas at some stage improved his behaviour as they were intimate and subsequently she became pregnant.

During the final days of her pregnancy, the Israelites including Hofni and Phinehas went out to battle with the Philistines. Eli, his pregnant daughter-in-law and many others awaited with fear news of the battle. When it came, the outcome was devastating. The battle had ended with a terrible defeat, Hofni and Phinahas were dead.

On hearing the news, the blind, elderly Eli fell backwards and died. His daughter-in-law immediately went into labour. She gave birth to a son, but such were the difficulties of her labour, that she knew she was dying. The women helping her tried to encourage her with the arrival of a healthy baby boy, but it was no use.

She was devastated by the loss of her husband and father-in-law, but she had a rare and specific insight into the loss of the Ark of the Covenant which Phinehas with his brother had taken to the field of battle.

She knew about the corrupt state of affairs in Israel, from the top to the bottom. The defeat in battle was a sign of God’s judgement. All the news troubled her but it was the loss of the Ark, the reminder of God’s presence with His people, that prompted the name she called her son. She did not name him after her family but called him Ichabod. The Hebrew word means, “No Glory.” The glory of God had departed from Israel. In a way, we can say that the Gory had already departed on account of the priests unfaithfulness and unconscionable corruption. The loss of the Ark in battle was a culmination and symbol of that fact. We can also say that God had divorced Israel. This was only partly so since God later renewed the covenant and Israel returned to faith for a while.

This unnamed but faithful, believing woman was taken at the right time for I like to think she was received into the loving presence of God. This lady had to endure an unfaithful and unprincipled husband as have many down the centuries, but just as God remained faithful so did she.

For I consider that the sufferings of this present time are not worthy to be compared with the glory which shall be revealed in us. (Romans 8:18)

Jonathan Redden worked as a consultant orthopaedic surgeon. After retirement he studied theology at Bible College. He has lectured extensively in Europe and China and has written scientific papers on arthroscopic and orthopaedic surgery.

Redden continues this short series over the next few months.