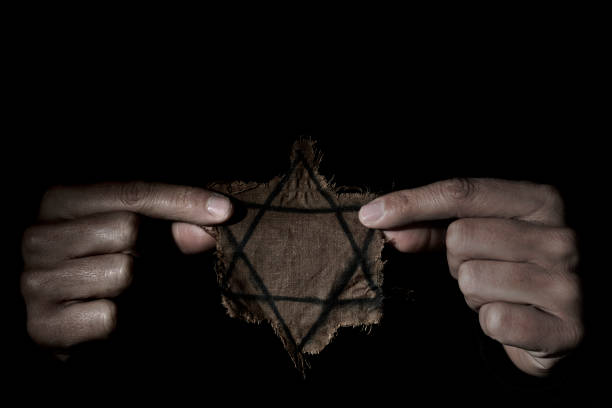 Replacement Theology [ ‘RT’ ] is the belief that the “church” replaces Israel in God’s purposes and affections. Chuck Cohen Investigates …… Part 4

Although at times God modifies His declared decisions, He does not change His essential nature. The Bible reveals that God will modify His decisions according to man’s response to His warnings, judgments, threats and His offers of salvation, mercy, etc. After all, if God would not modify His decision, why would He emphasize the power of prayer throughout the Word?

In Leviticus 26, four times God warns about His increasingly severe judgments, saying, “And if you will not yet for all this obey Me, then I will punish you seven times more for your sins” (Lev. 26:18; cp. vs. 21, 24, 28). God is offering Israel a choice of blessings or judgments according to how they respond to His revealed will for them as His people. So their response determines which it will be.

Again, in Deuteronomy 30:19, Moses sets before the children of Israel two paths and asks them to choose – the implication being that God will respond either with blessings or curses/judgments according to what His people decide. “I call heaven and earth to record against you this day, that I have set before you life and death, blessing and cursing: therefore choose life that both you and your descendants may live:”

Joshua 24:14-15 is another case of an Israeli leader challenging his people to make a choice. “Now therefore fear YHWH, and serve Him in sincerity and in truth. Put away the gods whom your fathers served on the other side of the River, and in Egypt, and serve YHWH. Yet if it seems evil to you to serve YHWH, then choose this day who you will serve…but as for me and my house, we will serve YHWH.”

This truth of God modifying His decision according to man’s response happens not only with Israel, as the pagan city of Nineveh is a stunning example. Jonah, after God’s “gentle” persuasion, walked through that large city, proclaiming, “Yet forty days and Nineveh shall be overthrown” (Jon. 3:4). That is all God told him to say (1:2). As far as what is revealed in scripture, God did not tell Jonah to tell the Ninevites that if they would only repent, He would spare them. We do not know if He even gave them that choice. Yet they did repent and God modified His declared judgment and did not allow that which He said would happen to happen.

While many prophetic statements in the Word are established by God’s eternal counsel, many others wait for man’s response. In the Jonah story, we have an example of God “changing His mind” – but not His nature. Since He is always merciful as well as just, Nineveh’s actions caused Him to act according to His holy mercy while in no way forsaking the fact that He is a just and holy Judge – as the Ninevites found out about a century later.

While God often prophesies judgments in order to bring forth a response of repentance, the pattern seen in Scripture is that most of the time people refuse to repent.

Revelation 9:20-21: “The rest of mankind who were not killed by the plagues [of the 6th trumpet], did not repent of the works of their hands, that they should stop worshipping demons, or idols of gold, silver, brass, stone, and wood, which cannot see, or hear, or walk. Nor did they repent of their murders, their drug use, their illicit sex, or their thefts.”

Revelation 16:8-11, 21 tells us the same sin-filled story, since after the 4th, 5th and 7th bowls are poured out, people continue to blaspheme God’s name.

Yet Revelation 11:13 shows that there will always be some who respond in a righteous way. “At the same hour there was a great earthquake, and a tenth part of the city [Jerusalem] fell, and …7,000 people were killed. The survivors were terrified and gave glory to the God of Heaven.”  Since the context is the remnant in Jerusalem, is it specifically talking about the Jews? It would seem so.

Exodus 32:7-14 is one of the best examples. Moses, who, other than Messiah Yeshua, is the intercessor supreme in the Scriptures, is on Mount Sinai receiving the Ten Commandments [literally, the Ten “Words”] from God. The Israelites had built an idol, a golden calf, and were worshipping it. God is furious! “YHWH said to Moses, Go! Get down, for your people, whom you brought out of the land of Egypt, have corrupted themselves. They have quickly turned aside from the way which I commanded them. They have made a molten calf, worshiped and sacrificed to it, saying, ‘These are your gods, O Israel, who have brought you up out of the land of Egypt’.”

God then tells Moses, “I have seen this people, and behold, it is stiff-necked. Now leave Me alone, so that My wrath may burn against them and…consume them, and I will make from you a great nation.”

We are confronted with this incomprehensible fact that the Almighty God, the Creator, tells His created servant Moses, “Leave Me alone!” Yet with unbelievable chutzpah – that is, extreme audacity – Moses refuses to obey this God with whom he is face-to-face (Ex. 33:11; Deut. 34:10)! Moses perceived what was ultimately at risk and boldly prayed – challenging God not to do what He has threatened to do because His name, His reputation and His word, is at stake.

“Moses prayed to YHWH his God, saying, ‘YHWH, why does Your wrath burn against Your people whom You have brought forth out of…Egypt with great power and with a mighty hand? Why should the Egyptians say, “He brought them out for harm, to kill them in the mountains and consume them from the face of the earth?” Turn from Your fierce wrath, and repent [change Your decision] concerning this evil [You have threatened] against Your people. Remember Abraham, Isaac, and Israel, Your servants, to whom You swore by Your own self, saying to them, ”I will multiply your seed as the stars of the heavens, and all this land that I have spoken of will I give to your seed, and they shall inherit it forever”.’ And YHWH repented [turned away] from the evil which He spoke of doing to His people.”

Moses reminded God of His Word, which is what biblically based intercession is all about (Isa. 62:1-2, 6-7, see below). Specifically Moses reminded God of His covenant commitments to Israel’s forefathers, arguing that if He followed through with Israel’s destruction, the gentiles would misunderstand and spread lies about God’s way of dealing with His people. This would lead to God’s name and reputation being blasphemed, profaned, slandered. Finally, note that Moses never mentioned Israel’s sin! His target in intercession was God’s glory, and that resulted in God turning from His threats of judgment – for His holy name’s sake, which is often the reason why He extends mercy to His people (Ezek. 36:21-23, 32). We continue to pray for Israel like this today.

Isaiah 62:1-2, 6-7 “For Zion’s sake I will not be silent, and for Jerusalem’s sake I will not rest, until its righteousness goes forth as brightness, and its salvation as a burning lamp. Gentiles will see your righteousness, and all kings your glory; and you will be called by a new name, which the mouth of YHWH will name.” In these verses Isaiah declares God’s will and intentions. Note that one of the main reasons for Jerusalem/Zion to reflect His glory is for the gentiles’ sake. This is part of God’s initial promise to Abraham, that through his seed all the families of the earth would be blessed (Gen. 12:3b, cp. Ga. 3:8).

Then in Isaiah 62:6-7, God places watchmen on Jerusalem’s walls specifically so that they can remind Him of what He has already said He will do. They co-labor with God to accomplish His will. “I have set watchmen on your walls, O Jerusalem, who will not be silent all day and night. You who remember YHWH [lit: those who remind God; in modern Hebrew the root of this word is where we get the word for “secretaries”], do not be silent, and give Him no rest until He establishes and makes Jerusalem a praise [reflecting on Himself] in the earth.”

In Jeremiah 7:16; 11:14; 14:11, God tells His prophet not to pray for the good of Judah because He has already determined to exile them to Babylon. Praying can be so powerful that it could hinder God’s righteous judgment at the wrong time! We truly need to have circumcised ears to listen for the Spirit’s guidance as we intercede.

Ezekiel 22:30-31 “I sought for a man among them who should build up a wall for the land, and stand in the gap before Me, that I should not destroy it. But I did not find any, therefore I have poured out My fury on them. I have burned them up with the fire of My wrath. I have given their way on their heads, says the Lord YHWH.”

In these verses, God seeks for an intercessor, for someone to remind Him of His merciful nature and turn Him from His holy wrath, just like we saw Moses do in Exodus 32. Because He did not find anyone, His judgment was poured out. This is what the Lord Yeshua did for us as our intercessor, our mediator, who turned God’s righteous judgment into holy mercy by standing in the gap between us and His Father, and taking on Himself the outpouring of the Father’s just decree that was due to us (2 Cor. 5:21).

Twice in this chapter Amos pleads for mercy and God changes the outcome. However, as the next verses show there is a limit to what an intercessor can do. God finally says, “Enough!” He determines not to pass by His people in mercy again.

In Luke 18:1-8 the Lord Yeshua tells a parable, teaching that “it is always right to pray and not to faint.” He uses the story of a persistent widow and an unjust judge. Because of her persistent nagging of the judge, he changes his mind and gives her what she is asking for. Then Yeshua said, “Hear what the unjust judge says. And shall not [a just] God avenge His own elect who cry day and night to Him, though He has been long-suffering over them? I tell you that He will avenge them suddenly. Yet when the Son of Man comes, shall He find faith on the earth?” God, after seeming not to hear our cry, often answers suddenly. This is why we need faith and patience to inherit the promises (Heb. 6:12).

James 5:16-18 “Confess faults to one another, and pray for one another, that you may be healed. The effectual fervent prayer of a righteous one avails much. Elijah was a man of like passion as we are, and he earnestly prayed that it might not rain, and it did not rain on the earth for the time of three years and six months. And he prayed again, and the heaven gave rain, and the earth caused its fruit to sprout.”

This exploration continues next month in Part 5