Sheep and Goats – a picture 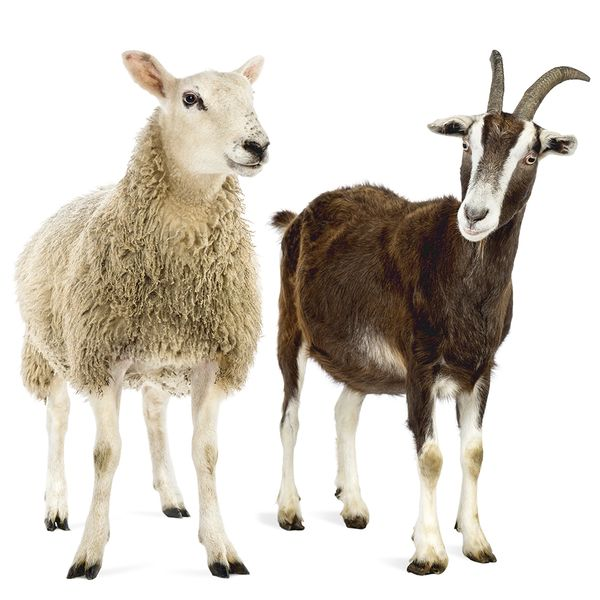 Sheep and goats feature in many bible stories and parables, including when Jesus explained how He will separate people like sheep and goats on judgement day. In the Middle East, Eastern European and southern Mediterranean countries, one can still find shepherds today with mixed flocks.

In this article we want to share some observations to help you understand why sheep and goats are used in the bible to depict two people groups… specifically two types of people who profess to be believers!

The concept of believers being a flock led by a Shepherd is familiar to all who follow the Lord Jesus Christ. David wrote how the Lord would lead him to green pastures. It was to faithful shepherds who the angel Gabriel announced the birth of the Messiah. We read in the prophets about false shepherds, or shepherds who abandon their responsibilities and the consequences that follow. God warns He will judge them harshly, with Ezekiel 9 stating how the judgment of the earth begins at the house of God, with the leaders – those who call themselves shepherds of God’s flock. Jesus warned the people not to do as their religious leaders did, complaining about their behaviour and likening their actions to washing cups on the outside, in order to look good, but inside they were filthy (Matthew 23).

Jesus said “My sheep know My voice”. He said at the end of the age He will separate the sheep and goats; reflecting the parables of the wheat and tares, good fish and bad fish etc. In Matthew 25:31-46 the sheep are told to go to his right – the position of favour, the goats to the left. He says to His sheep “come, you who are blessed by My Father, inherit the kingdom prepared for you from the foundation of the world”. The goats, as you read down to verse 46, will go to eternal punishment!

The sheep and goats coexist side by side until this time of judgment. As in the parable of the wheat and tares, when the servants ask whether they should go and pull up the weeds, the master says no. Wait until the harvest. Jesus explains His angels will come as reapers to harvest into His barn (the kingdom) and tares into the fires – the lake of fire. In the parable of the fish He explains how the fishermen threw out their nets and caught many types of fish. Many types of people. When the time came to haul in the nets, the end of time, harvest time, judgment day, the fishermen separate the good and bad fish. (Matthew 13:47-50)