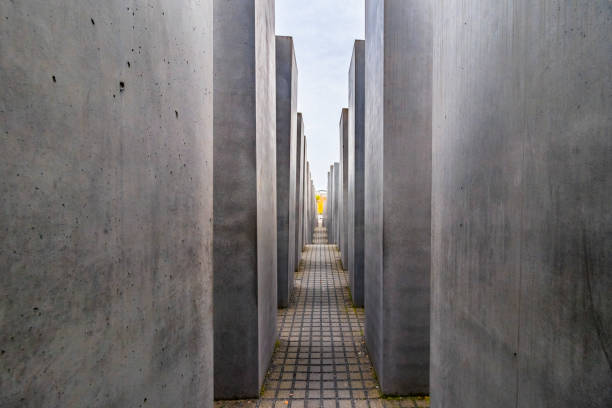 Replacement Theology [ ‘RT’ ] is the belief that the “church” replaces Israel in God’s purposes and affections. Chuck Cohen Investigates …… Part 5

In the Tanach, the Hebrew word “name” when associated with God, often stands for His essential nature and/or reputation. If we read “essential nature” when verses say “name,” at times it clarifies what the original word is trying to communicate. Here are a few examples:

Exodus 34:5-6 “YHWH descended in a cloud, and stood there with him [Moses], and proclaimed the name [the essential nature] of YHWH,” saying, “YHWH, YHWH God, merciful and gracious, patient, and compassionate and true.” Note that His “name” that Yahweh declares to Moses is basically a list of some of His divine attributes.

Proverbs 18:10 “The name of YHWH is a strong tower: the righteous run into it, and are safe.” This is a very important truth for believers in these last days, especially when understood in its Hebraic sense, which is that all that our God is – His divine attributes – that is our strong tower. We can run into His mercy, His justice, His holiness, His truth, His strength – and find our safety and salvation in who He is.

John 17:6 “I have manifested Your name to the men whom You have given to Me out of the world. They were Yours, and You gave them to Me, and they have kept Your Word.” What Messiah Yeshua is saying is much more understandable if we see know “name” can also mean “essential nature.” He is stating here that which He had told His disciples when they asked Him to show them the Father. “Philip said to Him, ‘Lord, show us the Father, and it will be enough for us’. Yeshua answered, ‘Have I been with you for this long and yet you still do not know Me, Philip? He who has seen Me has seen the Father…” (John 14:8-b) In other words, Yeshua in His incarnation manifested the very essence of His Father. This is why one of His “names” in the Tanach is “The Everlasting Father” (Isa. 9:6). While Yeshua is not the Father, He is of the same essence as God the Father.

There are other examples of how knowing that “name” in the Hebrew often means “essential nature” can open up verses in a faith-building way. Try thinking of “essential nature” when you read the words “in His/God’s name” and see if the verse becomes a brighter light to your path (Psa. 119:105). While this is not a rule, it is valid in quite a number of verses.

One other note: this biblical insight clarifies what it means to pray “in the name of Yeshua.” It does not mean to use His name as some magical incantation, but it guides us to pray more in line with Messiah’s essential nature – which includes God’s revealed attributes from Genesis through Revelation.

While many of God’s attributes are revealed in the Word, the foundational characteristic which undergirds all the others is His holiness, that is, His purity and total separateness from His creation. While God is love, He is never described as “love, love, love,” but He is declared to be “holy, holy, holy,” in both the Tanach and the NT. “Holy” describes His character which existed even before He created anything to be separated from. God’s purity existed before creation and is the living source of all God’s attributes. No one can see God in His purity/holiness and live. He stands alone in His timeless perfect purity, unassailable and unbreachable. Only His Son can reveal Him to us.

Isaiah 6:3 “One cried to another, saying, ‘Holy, holy, holy, is YHWH of hosts: the whole earth is full of His glory’.”

Revelation 4:8 “The four living creatures each had six wings and were full of eyes within, and they did not rest day and night, saying, ‘Holy, holy, holy, Lord God Almighty, which was, and is, and is to come’.”

All His attributes are under His “holy” umbrella, so that His love is not just the Beatles type of “all-you-need-is-love” stuff; it is a holy, a pure, love. His mercy is never a humanistic mercy that actually becomes part of the problem, but it is holy mercy. His grace is holy grace, not the cheap grace which is often taken too lightly or taken for granted. His justice, His judgments, His anger and all other of His characteristics are holy in all their ways, and can only be understood through revelation – revelation that always agrees with His Word.

Has God turned against His people?

Has this covenant-making and covenant-keeping God turned against His people? RT followers, whether they realize it or not, are caught implying that the God who has made a covenant-commitment to Israel – based on who He is – and not based on what Israel does – that this God is now somehow saying to Israel, “Forget it! I’ve broken My covenant with you!” But for the biblical God to go back on His Word to Israel means He would have to change His nature. And that is impossible.

God’s commitments to Israel are based on who He is:

Genesis 12:1-3 God’s initial promise to Abraham includes a land, a name, a great nation, divine protection and the gospel, the Good News, to the gentiles (Gal. 3:8), and all this was before Abraham said “yes” or “no” to the only thing he was told to do – leave his land and father’s household and go to what was then Canaan.

Genesis 15 God’s covenant of the land promised to Abraham was unconditional because there was nothing Abraham did, or needed to do, to “earn” it. He was put into a deep sleep by God [v. 12], and then God made [literally “cut” (v. 18)] a covenant by passing through “the pieces” in a theophany, an appearance of God in the Tanach. By this unconditional covenant commitment God gave to Abraham and his seed all the land of Israel, which includes more than it has today. And all this based on who God is and not on whom the Jews are, or what they do!

Genesis 17:19 God’s unconditional covenant was passed on to Isaac, and not Ishmael, even before Isaac was born. Later, God confirmed the covenant to Isaac himself (Gen. 26:2-5).

Genesis 25:23 God’s unconditional covenant was promised to Jacob, and not Esau. Again this was before Jacob was born or did anything to earn it or spurn it. Later, God Himself confirmed His covenant to Jacob (Gen. 28:12-15), and this was right after Jacob had obeyed his mother and deceived his father in order to receive the blessing of the firstborn. Yet the covenant was – and still is – based on God’s faithfulness to watch over His Word to fulfill it (Jer. 1:12) regardless of what His people do or not do.

Romans 15:8 is a very revealing verse on Messiah Yeshua’s relationship to all His Father has promised to the Jews. “Now I say that Yeshua the Messiah was a minister for the Circumcision [the Jews] for the truth of God [the Word of God (John 17:17)], to confirm [to establish and make even more sure] the promises made to the fathers [Abraham, Isaac and Jacob]:”

This exploration continues next month in Part 6