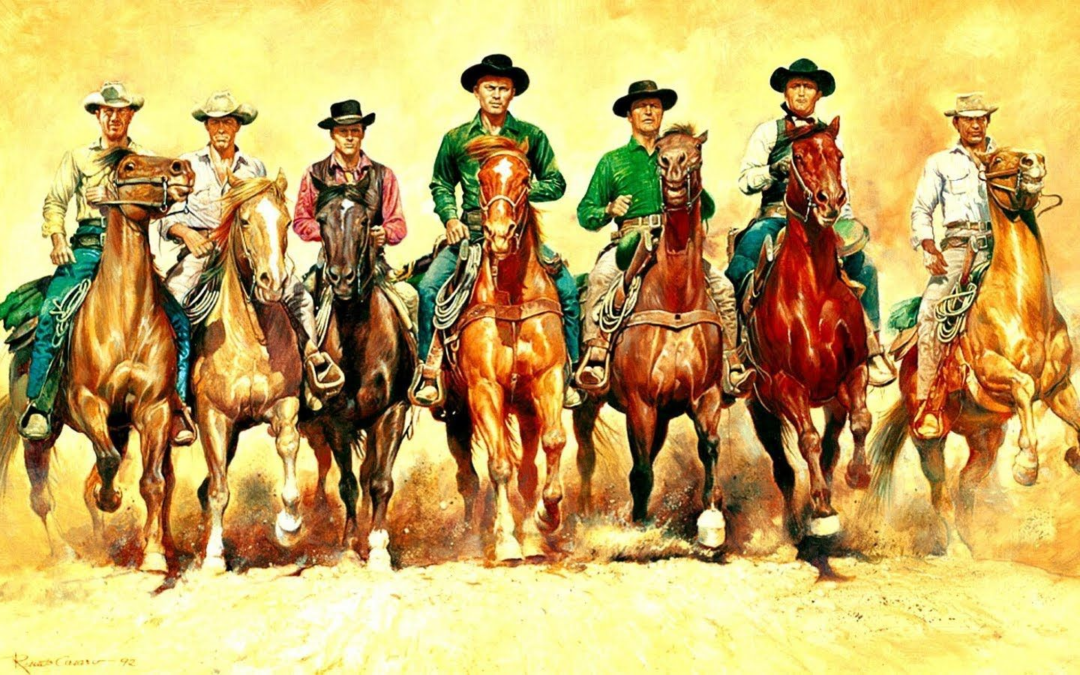 The number seven is always, in the Bible, a number of completeness, of divine perfection or something that is completely finished, as in the creation “week” of Genesis 1:1 to 2:3. God might have chosen to create the earth in a single “day” or over multiple years. However He chose to invest six days in creating the earth, and then rested on the seventh. In doing this he was clearly providing for Mankind a pattern to be followed.

God “rested” on the seventh day, not because He was tired but as an example for us to follow.  We are commanded to work six days and to rest on the seventh. This is the fourth of the ten commandments of Exodus chapter 20. It is repeated in Exodus 34:21 “Six days you shall work, but on the seventh day you shall rest. In ploughing time and in harvest you shall rest.” In the Ten Commandments the first three commandments are about God Himself (we are back to the number three!) but the fourth is about Sabbath (Shabbat). The weekly rest is a pattern for us to follow and by which to be blessed. Disregard your weekly rest too often and you will quickly notice the practical implications!

There are numerous references to, or uses of, the number seven in the Bible. For examples:

No animal could be sacrificed until it was seven days old (Exodus 22:30).

The Lord would discipline Israel up to sevenfold (up to seven times) if they refused to obey Him (Leviticus 26:18).

Jesus condemns the religious leaders (teachers of the law and Pharisees) seven times in Matthew 23.

There are seven letters to the seven churches in the Book of Revelation (chapters 2 and 3).

There are seven trumpets announcing judgments by God in the Book of Revelation (chapter 8).

Elisha told the military commander Naaman to bathe in the Jordan River seven times and he would be healed of his leprosy (2 Kings 5:10).

There are seven qualities or attributes of the Messiah cited in Isaiah 11:2-5.

There are seven things that the Lord hates cited in Proverbs 6:16.

There were seven stems to the lampstand in Israel’s tabernacle (Exodus 25:37).

There were seven angels pouring out seven bowls of the wrath of God in the Book of Revelation (16:1).

Hopefully by now we should be seeing the pattern and its importance: wherever something is mentioned seven times the Lord is making an emphatic statement and one not to be ignored. It is as if God is saying “I am making this PERFECTLY clear to you, so take notice”. The number seven is also the number of perfection.

Jesus performed seven miracles on God’s holy Sabbath Day (which ran from Friday sunset to Saturday sunset), thus affirming its continued sacredness to God and necessity in the life of the believer:

Are these seven Sabbath healings merely a numerical coincidence, or is God telling us that He is the Lord of the Sabbath?

Interestingly, mankind was created on the sixth day of creation. In some passages of the Bible, the number six is associated with mankind. In Revelation “the number of the beast” is called “the number of a man. That number is 666 (Revelation 13:18). If God’s number is 7, then man’s is 6. Six always falls short of seven, as we are obliquely reminded that “all have sinned and fall short of the glory of God” (Romans 3:23). Man is not God, just as 6 is not 7!

Multiples of 7 also figure in the biblical narrative: the “seventy weeks” prophecy in Daniel 9:24 concerns 490 years (7 times 7 times 10). Jeremiah 29:10 predicted the Babylonian Captivity would last for seventy years (7 times 10). According to Leviticus 25:8, the Year of Jubilee was to begin after the passing of every forty-ninth year (7 times 7) leading to a “new start” – almost a new life – for all those benefitting from the Jubilee year. Jesus told Peter to forgive a wrongdoer “seventy times seven” times (Matthew 18:22) – in other words, completely. There are passages in which the number seven is associated with God’s judgment: the seven bowls of the Great Tribulation, for example (Revelation 16:1), or God’s warning to Israel in Leviticus 26:18.

The total number of times the number seven is used in the Bible is more than seven hundred. If we also count the words related to seven (terms like sevenfold or seventy or seven hundred), the count is still higher. We must note carefully however that not every instance of the number 7 in the Bible carries a deeper significance: sometimes, a 7 is just a 7. We must be cautious about attaching symbolic meanings to any and every text, especially when Scripture is not explicit about such meanings. However, there are numerous instances when God is surely communicating the idea of divine completeness, perfection, and wholeness by means of the number seven.

Peter Sammons concludes his investigation next month. This book, The Messiah Pattern, contains a fuller exploration of patterns in the Bible: https://christian-publications-int.com/default-23.html?ID=142