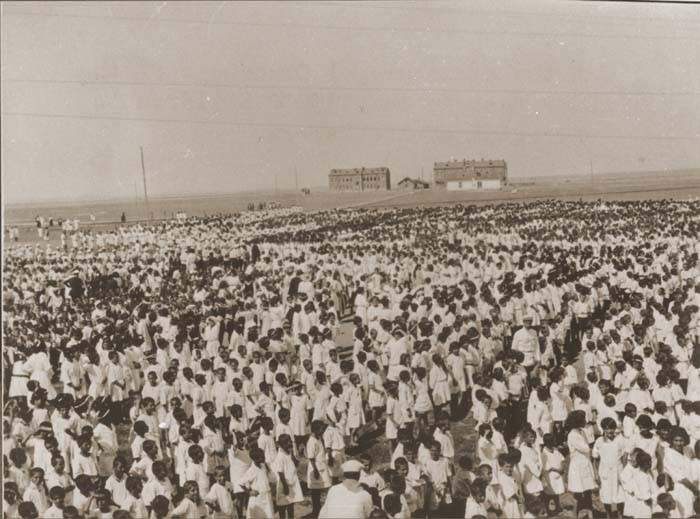 Between 1893 and 1923, 3.75 million Christians were killed in the Ottoman Empire. Today relatively few countries officially recognise the atrocity.

1,500 Armenian children at a refugee camp of the Near East Relief organization in Alexandroupolis. Greece, 1921–22.

Between 1893 and 1923, 1.5 million Armenians were killed in the Ottoman Empire in a policy of extermination of Christian minorities. In addition some 2.25 million Assyrian, Greek and Syriac Christians were also killed within Ottoman territories between 1914 and 1923, making a total of 3.75 million Christians killed.

Today relatively few countries recognise the Armenian Genocide, even after 100 years. Hitler used the world’s ignoring of the Armenian genocide as an encouragement for a genocide that he had in mind ….

Today Armenians are still under persecution, yet the world turns a blind eye.  This four minute video and associated petition from Barnabas Fund is helpful, and puts things into a modern perspective. https://barnabasfund.org/en/armenian-genocide/  May we not forget the Armenians.