Art of the possible … 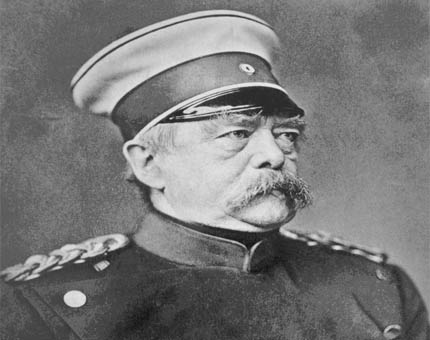 Men built the tower of Babel to avoid being spread out, because they wanted to live in unity, and through unity, to reach God’s throne. God forbade this from His fallen creatures; He confounded their language, and scattered them across the earth.

On the first Shavuot [Pentecost] after Yeshua’s resurrection, the Holy Spirit fell on 120 Messianic Jews who were worshipping Messiah in God’s house in Jerusalem. God used their babel of languages – tongues – to tell of His wonderful works to the Jews from many different nations, adding another 3,000 Jews to the newly created Body of Messiah. He used what was at first a judgment – various languages to prevent anti-God unity – into His tool to make of the many one Body (Rom. 12:5).

In Messiah, even with our various opinions, we are one. Outside of Messiah there is no relationship with God, no covenants, no promises, no hope (Eph. 2:12), nothing but final destruction. We have the answer the world’s existential question – which is Messiah and Him crucified – yet the world has turned so far from its Creator that it no longer knows how to ask the right question.

Signs of the times

Intercessors for Israel received a question from a brother who was “intrigued” by Chuck’s statement in a Friday Prayer Alert that while we may not be sure of what God is doing at this exact time in history, we do see Him setting the stage for the return of His Son. He asked what we saw as “clear signs”.

Chuck thanked him for mentioning “clear signs” because believers at times look for signs that occur in Scripture only once, or signs that are not clearly described, and then people have to guess whether this or that event is this or that “sign”. Yet here are some clear signs in the world today:

Anti-God: How far has the US government moved from a godly path? NY’s Democratic congressman, Jerry Nadler, overseeing a meeting to discuss the controversial Equality Act, told another congressman who dared to reference the Bible in speaking against this Act, “God’s will is of no concern of this Congress.” (“‘God’s will is no concern of this Congress’: NY Dem Nadler rejects God during debate over Equality Act,” Faithwire, 5 Mar. 2021)

Anti-Bible: UK Columnist Melanie Phillips’ description of what she sees in the West today lines up with how Paul described the last days (See 2 Tim. 3:1-13): “…Western values are under unprecedented and ferocious assault,” as conservatives are “silenced by liberals intoxicated with their own cultural power…And, of course, bigotry against Jews and Israel is rampant.” She says this “reversal of truth and falsehoods, justice and injustice, victim and victimizer has been accelerating over several decades.” Compare that to Isaiah 5:20-23.

Phillips sees the key to understand the “onslaught against the West…is Jewish values. Although Christianity embedded those values in Western culture, it is the Mosaic codes themselves that are in the crosshairs of those” who are intent upon destroying justice, truth, sexual continence and unraveling biological identity.” The Bible’s morals are rejected “in favor of universalizing ideologies, such as moral and cultural relativism,” which replace the idea “of objective truth with subjective opinion,” so that what is right or true is “what is right or true for me.” Without objective truth, there are no lies. “That’s one reason why even verifiable factual evidence doesn’t dent the blind certainty of the Israel-haters.”

All these ideologies replacing Biblical truths end up being anti-Jewish and anti-Israel. “Moral relativism denies the moral codes in the Mosaic Law…Environmentalism, which denies the superiority of humankind over the natural world, devalues humanity in favor of the planet. Materialism, or the belief that everything in the universe has a material explanation, denies the existence of God. Transnationalism dismisses the importance of the individual nation with its particular culture and laws, which is the very essence of Judaism…” (“Meghan Markle & the Jewish question,” M. Phillips, Israel Hayom Op-ed, 14 Mar. 2021)

Dennis Prager also views “the current civil war” in the West as between Judeo-Christian values and the radical Left which reject those values. Judaism and Christianity are both based on the Old Testament, and while “Christians also believe in the NT,” only an enemy of Christianity “would argue that the NT negates the values of the Old.”

He lists these values: “Objective moral standards come from God… if there is no God who declares murder wrong, murder can be subjectively wrong, but not objectively wrong.” If nonbelievers hold murder, stealing, or other deeds wrong, but no based on God’s laws, their views are opinions and not moral facts. “Without the God of the Bible, there are no moral facts.”

“God judges our behavior,” so we are accountable to Him for how we act.

“Just as morality derives from God, so do rights…”

Human beings are “uniquely precious,” as only we “are created in God’s image.”

“The world is based on a divine order,” with “divinely ordained distinctions,” such as, “God and man, man and woman, human and animal, good and evil, and nature and God.”

“Human beings are not basically good…Religious Jews and Christians understand that the greatest battle in life is with one’s nature…” And because humans are not intrinsically good, “we must not trust our hearts to lead us to proper behavior … Feelings make us human, but they cannot direct our lives. This alone divides the Bible-based from those on the Left.”

“All human beings are created in God’s image. Therefore, race is of no significance…”

“Fear of God is a foundation of morality…” In most of the West today “people fear the print, electronic, and social media” more than they fear God. [We see this as an issue in the Church as well.]

Prager concludes, “When Judeo-Christian principles are abandoned, evil eventually ensues …When Christianity died in Europe, we got communism, fascism, and Nazism. What will we get in America…?” (“The American Civil War is over Judeo-Christian values,” D. Prager, The Daily Wire, 3 Apr. 2021)

The path of the Anti-Christ’s rise revealed? Hoover Institution fellow Niall Ferguson, a notable historian, warned in a TV interview that society is applying “religious feelings to political figures and ideologies,” in the same way that religions have to their gods. “We are dealing not just with the decay of traditional religion, but far worse, the rise of new fake religions, political religions…”

The 20th century proves “that when people take their religious feelings and apply them to political ideologies, terrible things can happen.” Karl Marx was seen as “a prophet and Marxism is a kind of religion,” and most faithful Nazis viewed Hitler as the “redeemer of the German nation…” (“Organized religion ‘decays’ as political ideologies are increasingly viewed in a religious light”, N. Ferguson, Fox News, 14 June 2021)