An Hebraic Approach to Jesus’ Return 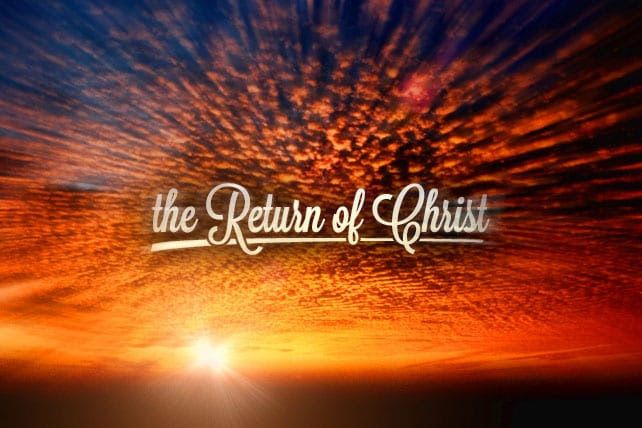 An Hebraic Approach to Jesus’ Return

Simon Pease – on a different approach to understanding Jesus’ return

Shortly after coming to the Lord in 1979, I was introduced to a widely-held consensus among pre-millennialists regarding the key events of Jesus’ return.  These included the invasion of Israel by the USSR, the expansion of the 9-nation EU into the Antichrist’s 10-nation confederation, the fall of Roman Catholicism (mystery Babylon), the pre-tribulation rapture, a clearly delineated timeline of the last 7 years of this current age, and so on.  However, in recent years, there has been something of a paradigm shift in many people’s thinking towards these “certainties”, not least concerning the importance of Islam to the last days.

A few years ago, Steve Maltz coined the term “Hebraic Church” in an attempt to convey the idea of returning to a Biblically authentic, Jewish approach to life and faith.  His teaching has exposed Greek philosophy’s pernicious impact on Western Christianity.  In parallel, Jacob Prasch has enriched our understanding of the Bibleby exploring how the Jewish midrash approach to Scripture can help Christians better unpack types and shadows.  Maltz and Prasch complement each other in different ways, which reminds me of Jesus’ comment that teachers of the Jewish Scriptures who become believers bless us with new and old treasures (Matthew 13:52).

I have recently been re-evaluating my understanding of Bible prophecy as it relates to Jesus’ return, and am very blessed to be doing so together with other Christians who are similarly stirred.   It occurs to me that some of the most helpful perspectives concerning the interpretation of Bible prophecy might be termed “Hebraic”, and have accordingly sought to bring these together in this article, largely drawing on the work of others far more qualified in this field than I am. In doing this, it strikes me that there is one overriding perspective which, when properly understood, is of great assistance with many of the individual points.

It concerns the inherent difference between Jewish and Greek thinking.  In the West, historically we have been trained to forensically dissect, categorise and organise information, using it to formulate a hypothesis leading to a single correct version of the truth.  This approach also lies at the heart of the scientific method, and as such is of undoubted value, especially in this post-modernist anti-intellectual age when personal feelings and emotions are so often elevated above objective facts.

Yet as a Western Christian, taught to approach Scripture from the Greek frame of reference, there is also much I have missed in consequence.   The Jewish mindset assists us in particular with some of the apparent tensions within Scripture, allowing different interpretations to simultaneously be true and complementary to each other. To illustrate this, let us consider two subjects which cause tremendous contention among prophecy students – “the abomination that causes desolation” and “the mark of the beast”.

When Jesus referred to the former, He was speaking of an event future to His own time.  In advising his listeners to understand Daniel’s prophecy, there seems to be a strong hint that Antiochus Epiphanes’ desecration of the Temple in recent Jewish history would in some way be repeated.

Those of a Replacement Theology persuasion claim that this was fulfilled in its entirety in the Roman desecration and destruction of the Temple in AD 70 – mistakenly so, because some of the details simply do not match the Biblical narrative.  However, whilst the fulfilment of this prophecy yet lies in the future, it is also true that there was a partial historical fulfilment.  Biblical prophecies are therefore frequently characterised by events which repeat themselves in recognisably similar ways, ultimately building up to their final conclusion.

The Hebraic approach to interpretation is therefore more helpful than the Greek, which tends to lead to a confrontational “the winner takes it all” outcome, in which people’s egos are invariably bruised and battered (even if as believers we are supposed to have “died to self”)!

Regarding the infamous 666 “mark of the beast”, we clearly await a future literal prophetic fulfilment, in which membership of the world’s economic system depends on taking the mark and, effectively “taking the knee”.   The number 666 is itself important, this pattern being clearly seen in one of the most common barcode formats.  Furthermore, in Biblical gematria, six is understood to represent the number for man, whilst five represents grace, and seven perfection.   People invariably fall short of God’s standard of perfection, but feel compelled through works and religion to add to His grace.

The combination of three sixes emphasises this dimension of humanity’s fallen state.  In Scripture, all details matter, so what of the placement of the mark on the right hand or forehead?  This appears to be Satan’s counterfeit sign of personal allegiance to him.  Of the Passover, it is written “This observance will be for you like a sign on your hand and a reminder on your forehead that this law of the Lord is to be on your lips. For the Lord brought you out of Egypt with his mighty hand” (Exodus 13:9).  Once again, taking an Hebraic approach to prophecy gives us a far deeper and more nuanced insight into God’s word.

It is worth pausing for a moment and stepping back from our time- and space-bound human perspective.  Inevitably we are drawn, as moths to a flame, to a place where we feel comfortable that we have seen the light and can assert with confidence that “this is that” – whether it be identifying the Antichrist, the nature of his mark, and so on.  Yet only the generation which experiences these things will be in a position to do so.

Does that mean that for two millennia it was futile for Christians to search the Scriptures regarding these things?  After all, the first generation of believers looked forward to the Lord’s return, yet Peter also cautioned that a thousand years is like a day for the Lord.   Revelation, the ultimate prophetic book, above all reveals Jesus. And doing so to strengthen and encourage communities of believers suffering intense persecution.  It commands us to look up and gaze on our Redeemer, putting our faith in Him, rather than the transitory things of our present age. Bible prophecy has therefore always been of value to all generations of faithful believers, whether to those looking forward to the Lord’s first coming, or those eagerly awaiting His return.

How does the Hebraic help?

In no particular order, let us now return to some of the ways in which what we might broadly term “Hebraic” approaches to Scripture can help us with interpreting Bible prophecy.

In summary, I believe that an “Hebraic” approach to prophecy is invaluable, helping us work more collaboratively in a way which honours the Lord as the time for His glorious return approaches.