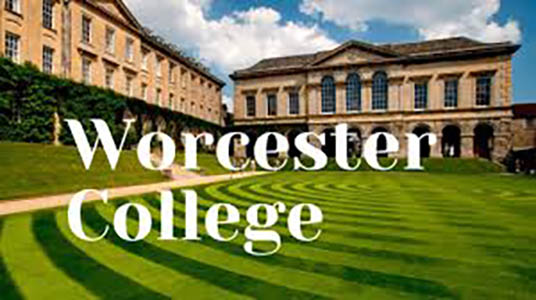 An independent inquiry into the ‘Wilberforce Academy 2020’ event found “no evidence to justify” why Worcester College apologised for hosting the event. The 11th Wilberforce Academy conference was held in September 2021. The Academy described it as ‘a wonderful time of teaching, equipping and empowering over 80 students and young professionals to speak of Jesus in public life’. However, after student activists complained about the conference, Worcester College’s provost – former chair of Stonewall, David Isaac – apologised for causing them “significant distress” and vowed never to host such a conference again. The college told a student newspaper: “The Wilberforce Academy’s views on ‘reproductive rights’ and ‘conversion therapy’ do not align with our values, and we are aware that the conference’s presence and promotional materials have caused distress to many members of the College.”

It added that the college would use its profits from the conference for “dedicated equality, diversity and inclusivity initiatives” . As the Christian Institute pithily observed, a ‘diversity’ that doesn’t seem to extend to those who hold historic Christian beliefs!

Seeking to determine the veracity or otherwise of Worcester College’s claims about the Wilberforce Academy, Christian Concern commissioned an independent inquiry from Michael Stewart, an accomplished charity lawyer. 114 of 124 attendees responded with witness statements in response to the allegations, despite Worcester College refusing to engage with the Inquiry The inquiry concluded that the complaints against Wilberforce Academy (and Christian Concern) were “without substance.” Andrea Williams, CEO of Christian Concern, commented: “The inquiry found, as we anticipated, no evidence that any delegates have done anything to warrant apologising for, being cancelled or discriminated against for their Christian beliefs.

Readers may want to follow the link to the independent Inquiry (above). It makes for interesting reading. It is disappointing that a prestigious university should ‘cancel’ Christian beliefs, debate and free speech. We must expect more of these ‘woke’ antics in the years ahead, sadly. The final word (for now) goes to Andrea Williams: “We will continue to speak of Jesus Christ who was himself an ‘outsider’ and by his words and actions demonstrated his commitment to reaching the marginalised, excluded and vulnerable so that they could discover true hope and everlasting love through him, even sacrificing his own life to do so”.