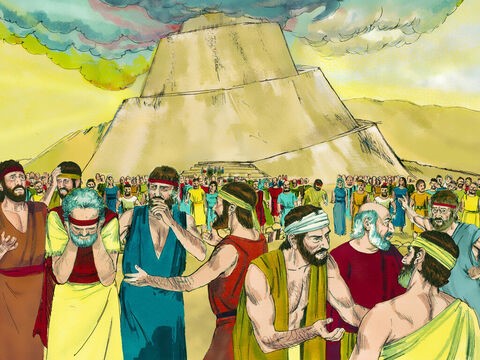 A tale of two cities

In our world today a battle is raging; not the battle in Ukraine but a more far- reaching battle that covers the whole world. In the Bible it is expressed as a battle between two cities, Babylon and the New Jerusalem. It is also a battle between two kingdoms. The kingdom of this world and the kingdom of heaven. The struggle between these two kingdoms has dominated history and spills over into our own lives. We need to gain insight into this conflict if we are to achieve victory in the many challenges that we face in our Christian walk.

Lambourn writes that the battle started in the Garden of Eden. It began with a choice. Adam and Eve could chose to be with God. That was the state in which they were created enjoying daily personal fellowship with their creator. The alternative was deceitfully presented by Satan who said that if they disobeyed the one rule that they had been given they could be like God. In that act of disobedience a course of history began in which mankind seeks to supplant God.

A tale of two women

The Bible describes the development of this conflict in a number ways. Later in Genesis it is the empire built by Nimrod. According to Josephus, Nimrod changed the system of government into a form of tyranny so that people might rely on him and not on God. In Proverbs the conflict is expressed as a tale of two women, one called wisdom the other called folly. There is also Nebuchadnezzar’s dream of a statue which gives God’s perspective on the kingdom of this world with its steady decline and assurance that it will ultimately be defeated and destroyed.

Having looked at Babylon’s history, Lambourn brings it up to date by considering how the Babylon dream of oneness might be fulfilled in a way which we never thought imaginable. In the West we have forced God out and enthroned technology in His place. We need to treat the seductive glittering world of gadgetry with caution. It is not just in gadgetry that the modern Babylon expresses itself. It is also in matters such as the gender agenda which is today a powerful and destructive force within society.

Is Babylon all bad? Not according to the author. Music, painting, architecture, science and medicine have all come out of Babylon, Christians having made some major contributions in these fields. The Bible has invaded Babylon for the common good. The battle rages and will continue until Jesus returns.

The book concludes by looking at the influence of Babylon in our own hearts and its spirit within the church. Finally how are we to respond to Babylon? We can withdraw, accommodate or engage. Jesus calls on us to engage by living out His kingdom within Babylon.

This is a good book to remind us to keep focused on the battle. In any battle victory comes to those who understand the conflict.