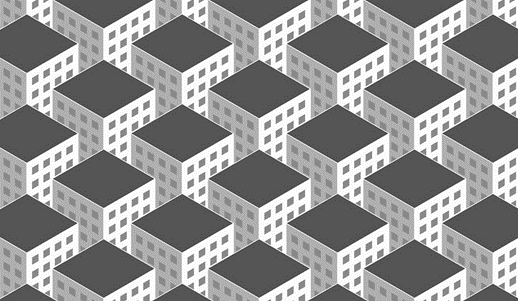 Given the exceptionally powerful case made by Biblical prophecy that Jesus is in truth the promised Saviour, and that Christians are persuaded of this, it may seem surprising that so many who identify as Christian have such a hard time come taking the prophecies concerning Jesus’ return with due seriousness.  However, there are some important reasons why this may be the case.  Without going into too much detail, I would suggest they are as follows.

First, as mentioned previously, Christianity became institutionally anti-Semitic once it became predominantly Gentile.  Religious leaders succeeded to a remarkable degree in “ethnically cleansing” the Jewish Bible (the New Testament is also Jewish) and the Jewish Messiah, from their Jewish history and background.  A helpful analogy might be to imagine someone sitting high up on the branch of a tree, regarding the tree with contempt, and therefore sawing off the branch they are sitting on!  A great deal of Bible prophecy, as we have seen, focuses on the Jewish people and Israel.  Therefore, we can readily understand how much of the church has intentionally blinded itself on this matter.  When we consider the world’s extraordinary hostility to Israel and the desire of so much of church to make itself “trendy” and relevant by jumping on the latest band-wagon, the picture becomes even clearer.

The second point, I believe, is more subtle and therefore deserves more careful consideration.  Jesus taught and lived a message of love and forgiveness, uniquely showing us the very nature of God in person.  Christians are called to live as He did, turning away from violence and accepting hostility and persecution in His name.  However, that does not mean that God Himself does not carry out judgement on rebellious people.  Indeed, justice demands that He does.  The power of Jesus’ death on the cross lies precisely in the fact that He died on our behalf.

We Christians sometimes speak with glib familiarity on this theme, but the truth is that God’s justified anger at human evil was intentionally directed as a punishment on His Son instead of on us.  Embracing and welcoming this truth by turning to Jesus as our Saviour and our Lord makes this exchange a reality.  Rebelling against and rejecting it, however, means that we have chosen to be judged according to our own sins, rather than accepting the gift of a free pardon and a new life.  Jesus’ return, the Gospels clearly explain, brings salvation to His disciples, but judgement on His enemies.   However, given society’s increasing rejection of the concept of personal sin in favour of personal victimhood (based on race, gender etc), many churches have fatally turned to appeasement, teaching false, “seeker friendly” gospels, thereby denying the power of the cross and the terrifying implications of God’s judgement.

Whilst the Gospels and entire New Testament is very clear on the vital message that Jesus’ love for us is demonstrated by His death on our behalf, or perhaps more accurately because this is their central focus, they tend to downplay the specifically Jewish and Israel-centric aspects of the Lord’s return.  Nevertheless, these elements still appear in various passages which reinforce and expand on the Tanakh’s teaching. This is a complex and important theme in its own right, and one on which a great deal has been written.  For purposes of illustration, however, let us take one simple example:

First, we need to understand that in Jesus’ day Jewish boys had been brought up to have such an in-depth knowledge of Scripture that one often only needed to refer to a single verse for listeners to immediately recognise the context and intended wider meaning.  In our day, a short quote from a well-known movie or TV series can have a similar effect on people from the right background.  British readers of a certain age will immediately smile at the line “don’t tell him, Pike!”, for example.  As we stated earlier, the Sanhedrin were looking for an excuse to have Jesus’ executed. They therefore asked Him directly if He was the Son of God, to which He effectively replied “yes”, sealing the case for the prosecution and resulting in a conviction for blasphemy.

What Jesus actually said was “From now on you will see the Son of Man sitting at the right hand of the Mighty One and coming on the clouds of heaven” (Matthew 26:64), which was a reference to Daniel chapter 7.  (In those days the Jewish religious establishment regarded Daniel as a prophet, but now they treat him with far greater caution, for reasons we identified earlier.) Daniel 7 is a prophecy about a succession of powerful empires, culminating in a final empire of exceptional power and led by a supremely evil individual.  Yet he and his empire will be overthrown by the coming Son of Man, presented as Divine and the one who will forever reign over all.  Jesus claimed to be this individual and was put to death for it. If His claim is true, we shall see Him return to this earth to violently overthrow intense evil and opposition to His rightful reign.

Christians are fond of quoting passages such as “the lion will lie down with the lamb” from the prophet Isaiah, and Messiah’s return will definitely fulfil mankind’s longing for a Saviour to bring peace and justice to this world.  To do so, however, He must deal with the appalling corruption that plagues every human being.  At the cross Jesus made the way available for us to be pardoned and to begin the process of our changing into His likeness. The most extensive single portion of Jesus’ teaching is now known as the “Sermon on the Mount”. Of great beauty and power, it is also profoundly shocking, as it uniquely exposes our inner attitudes for what they truly are – hate is murder, for example. The Bible tells us that under Messiah’s reign there will be no place for liars, murders and those who commit all kind of offences against Him or their fellow human beings. Make no mistake, we are all guilty.  Yet praise God, He has provided a way – the only way – for us to be declared innocent and thereby gain eternal life!  This is the Bible’s message of salvation.

Simon Pease is author of “Ruth – A Prophetic Parable”. Sub-titled “How does the story of Ruth relate to YOU today?” He teaches on the unity of Scripture and contributes regularly to the UK magazine Sword.