The word of wisdom 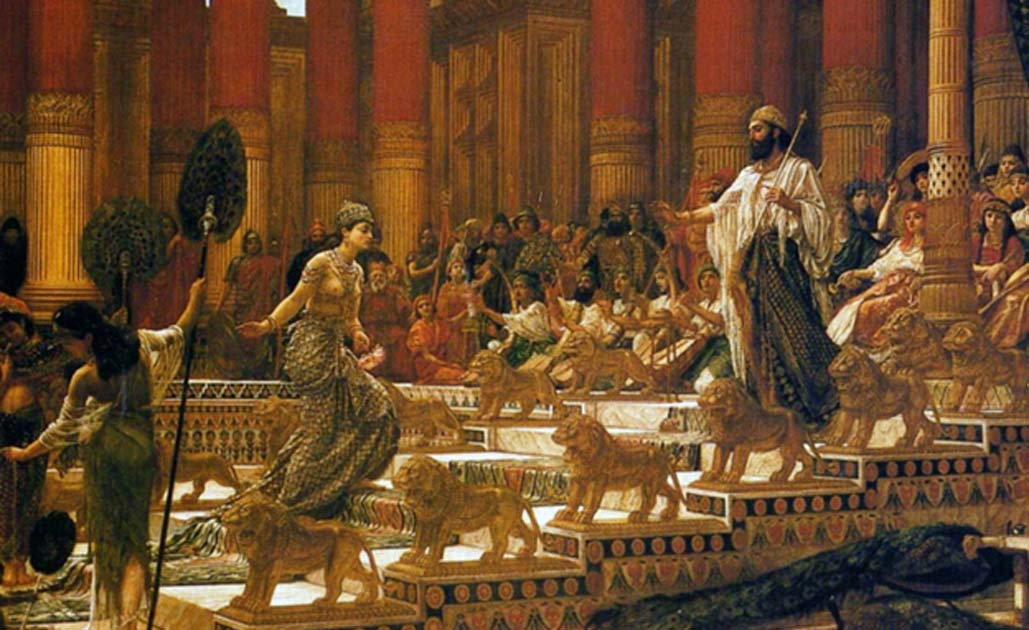 This least obviously dramatic of the spiritual gifts could sometimes pass as simply the savviness of a wise person. But on closer inspection this gift gives a spiritual incisiveness. Famously King Solomon operated in this gift, and was so renowned that even the Queen of the South came to hear his wisdom (1 Kings 10).

Godly wisdom can spring up in a moment without any previous thought. One sign that you have received a word of wisdom is that you know you have heard God, and you feel an accompanying deep peace. It’s separate and distinct from an overall characteristic of wisdom. A believer may operate occasionally in this gift who we might not ordinarily describe as wise. The word of wisdom often speaks into a knotty problem or a fork in the road where a decision must be made. It’s power rests not necessarily in the force with which it is delivered, but on the contrary may be very quiet and deceptively simple:

Through patience a ruler can be persuaded, and a gentle tongue can break a bone. (Pro 25 v15)

This gift slices through lies, confusion and human opinions with truth like a hot knife through butter. No one can surpass God’s ‘prophetic’ wisdom. It silences the most vocal opponent of truth and casts a shadow on everything else:

For the word of God is alive and active. Sharper than any double-edged sword, it penetrates even to dividing soul and spirit, joints and marrow; it judges the thoughts and attitudes of the heart. (Heb 4 v12)

This scripture refers to the whole counsel of God, but could also be applied to the word of wisdom. One word can lay bare the hearts of others, however much they may try to disguise their thoughts and motives, the word of wisdom shines a light on it. Where better to find this than in the ministry of Jesus, surrounded as he was by those who feverishly sought a way to entrap him. Repeatedly Jesus confounds their dastardly attempts to twist his words and pervert his true teaching.‘Like apples of gold in settings of silver is a ruling rightly given’ (Proverbs 25 v11).

Below are three clear examples of how magnificently Jesus moved in this gift, skewering the religious leaders and pharisees, ‘He catches the wise in their craftiness, and the schemes of the wily are swept away’ (Job 5 v13). Jesus exposed their hearts not to publicly shame them or vindicate himself but to hold a mirror up to their own base emotions and motivations.

When asked a loaded question about the subject of taxation,

When pious jews, convinced of their cause, entice Jesus to pronounce severe judgement over an immoral woman,

When they kept on questioning him, he straightened up and said to them, “Let any one of you who is without sin be the first to throw a stone at her.” (John 8 v7)

As the religious leaders challenged Jesus’ spiritual authority, he backed them into a corner using their fear of the people

From day one my wife has been a great source of wisdom to me and in hindsight, I regret not asking her more than I have for her perspective. Small wonder really, in God’s earliest plan for humanity, a wife was given as a helpmate to the male (Gen 2 v18).

Once I was screwing myself up over the dishonourable way (I thought) a group of people were treating me. I bounced this off Bec, evaluating every permutation of the situation. I expected her to agree with me, Bec doesn’t often have a lot to say and is a good listener. I was surprised as she said something I didn’t want to hear.

‘You may have a point but these people are not thinking about you all the time, or at all, this isn’t about you’.

In short, the universe does not revolve around you me (or you!). Excessive sensitivity to how others perceive us can become idolatrous; we have to base our own identity on Christ. Bec was absolutely right. These words of light pierced through the dark cloud surrounding my mind. Often, we struggle with offense because we assume people are deliberately slighting us. The reality is they have busy lives and haven’t even stopped to consider any impact on us. The enemy would like nothing more than to tie up our time and energy in vain offense with people who have no intention of causing us harm.

Bec’s word of wisdom led to considerable personal growth for me. Years later, after much renewing of my mind, if people seem rude and cold to me, I no longer immediately jump to the conclusion they’re upset with me. Now I assume, unless they tell me otherwise, they are preoccupied or have something difficult going on at home. I refuse to take on the weight of their mood and carry on with my day, even praying for them. This has revolutionised my daily life, I am no longer emotionally co-dependent with other people’s feelings. If God is happy with me, that’s all that matters. This is freedom!

There was a season when I was training on the job as an assistant pastor whilst also working part time at Mind (a mental health charity). At first I thought this was a marvellous thing, some of the skills dovetailed and I even got the chance, when asked, to share aspects of my faith and training at work. Some mature Christians were not quite so enthusiastic but I brushed this off.

I was particularly encouraged when one or two service-users followed me to the church and even received prayer. I hadn’t foreseen the clash of my two different ‘orbits’. On Monday morning I felt distinctly uncomfortable as the Sunday service was freely discussed in the centre, including the use of tongues and banners in worship. All the staff could hear, I felt horribly exposed and desperate for the conversation to move on. It’s not that I was ashamed of being Christian, but this was definitely a case of casting pearls before swine (Matt 7 v6). It was excruciating.

This was a warning for what was ahead as the trickle of people from Mind continued to come to the church. I was wearing two different hats, it was no use expecting these people to understand what a difficult position this placed me in. After a couple of months this dynamic was seriously pressuring me in both workplaces. We had a visit at church from a national leader, he listened to me quietly for a while. Finally he spoke up, ‘you need to decide which of these jobs you are going to do and do it wholeheartedly. The world is so broken now, it’s too much to do both, no one could do it’.

I felt so relieved that someone of authority spoke this word of wisdom because this decision significantly reduced our income and put more pressure on Bec. The way the two part time jobs dovetailed together had seemed so perfect. This word of wisdom gave me the courage to take the necessary steps confidently, away from the ‘worldly wisdom’ that raised its voice.

This choice led to me stepping forward into senior pastoral leadership. I also never lost the ministry to mentally ill people, but my role was much clearer. I could implement boundaries that were healthy for me and for other people to minister more effectively. Maybe you have a desperate need for this gist right now, or you’re aware of friends and family that are? Reach out to God for this precious and unassuming gift, it’s so easy to insert it into a conversation, let God do the convicting.

The word of wisdom comes when we need it, if we seekGod, He will put a straight path in front of us (Isaiah 58 v11).

Daniel Holland is a UK missionary with Through Faith Missions. He wrote “Through The Tunnel – Free at Last” published by PUSH Publishing, as his personal testimony. His second book “Prophetic Evangelism – Kingdom Exploits in the Risk Zone” was reissued in an expanded second edition in August 2021, via Christian Publications International: https://christian-publications-int.com/PropheticEvangelism.html . More recently he has penned 2 short-ish books on Growing As a New Christian and Caring for the New Christian.

Here is a link to a Prophecy Today review of “Prophetic Evangelism”: https://prophecytoday.uk/study/resources/item/2076-review-prophetic-evangelism.html