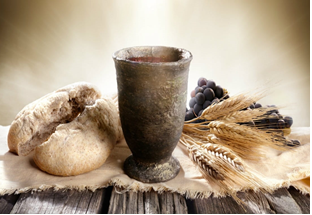 Has God saved something good – indeed His very best – until our own day?

At a time when many are reeling with the fear and uncertainty it is good to reflect that God has a plan – and He is working it out today! More than that, God’s plan ultimately involves bringing together two irreconcilable peoples – Jew and non-Jew. Let’s dig-in to this:

In John 2 we encounter Jesus’ first miracle, during the wedding at Cana. The “master of the banquet” tasted the wine provided by Jesus and made his surprised comment which Christians, down through two millennia, have recognized as expressing a profound theological truth. On tasting the new wine, he says to the bridegroom: “Everyone brings out the choice wine first and then the cheaper wine after the guests have had too much to drink; but you have saved the best till now.”

Has God also saved something good – indeed His very best – until our own day? What, you might ask, could possibly be better than the assurance of faith through the saving power of Jesus won on the cross at Calvary? Well, nothing could be better! Jesus’ victory on the cross is emphatic and seminal: there is one gospel and one faith “delivered unto the saints” (Jude 1:3). But God had a special mission to create One New Man or one new humanity, finally putting to rest the age old rivalry between Jew. The sometimes unhealthy tension between these two streams of Jesus’ descendants must ultimately, and permanently, be resolved. Are we seeing the beginning of that resolution today? Are we today living in biblical times, surprising as that question may seem?

Jesus used wine as an illustration (not a parable) in Matthew 9:14 -17 when He responded to the searching questioning of John’s disciples: “how is it that we and the Pharisees fast, but your disciples do not?” Jesus then made His famous response about new wine and old wineskins.

In ancient Israel, grapes were pressed in the winepress and left in collection vats for some days. Fermentation starts immediately on pressing, allowing the first “tumultuous” (gassy) phase to pass. Then the must (fermenting juice) was put into clay jars for storage, or into wineskins if it was to be transported some distance. The wineskins were partially tanned goat skins, sewn at the holes where the leg and tail had been. They were filled with must through the opening at the neck and then tied off, sealing the fermenting wine.

If you put freshly pressed must into an old, already stretched skin and close it, fermentation will burst the old wineskin. Using a new wine skin, we have a material with enough stretchiness to cope with fermentation. Used skins are fully stretched (“old wineskins”) and cannot be used again – they cannot stretch any more. If reused to hold fermenting wine (“new wine”), they will simply burst.

The question about fasting was enlarged by Jesus into the question of the relationship of the new faith – in Messiah – versus the old faith in the Mosaic covenant promises. What did it mean to be a disciple of Jesus, and how would Judaism cope with this? This remains a pressing question in our own day. We might say that Judaism (specifically, second temple Judaism) was represented at its best by John the Baptist, and at its worst by narrow Pharisaism. There was a real danger of schism, not only between the followers of Messiah and the followers of John, but also within Messiah’s new order of discipleship. The deep wisdom of Messiah Jesus is here made plain. His illustration of the patch of cloth sown to an old garment (Matthew 9:16) was equally a comment upon Judaism versus the expanded – Judaism that is Jesus’ global Kingdom. 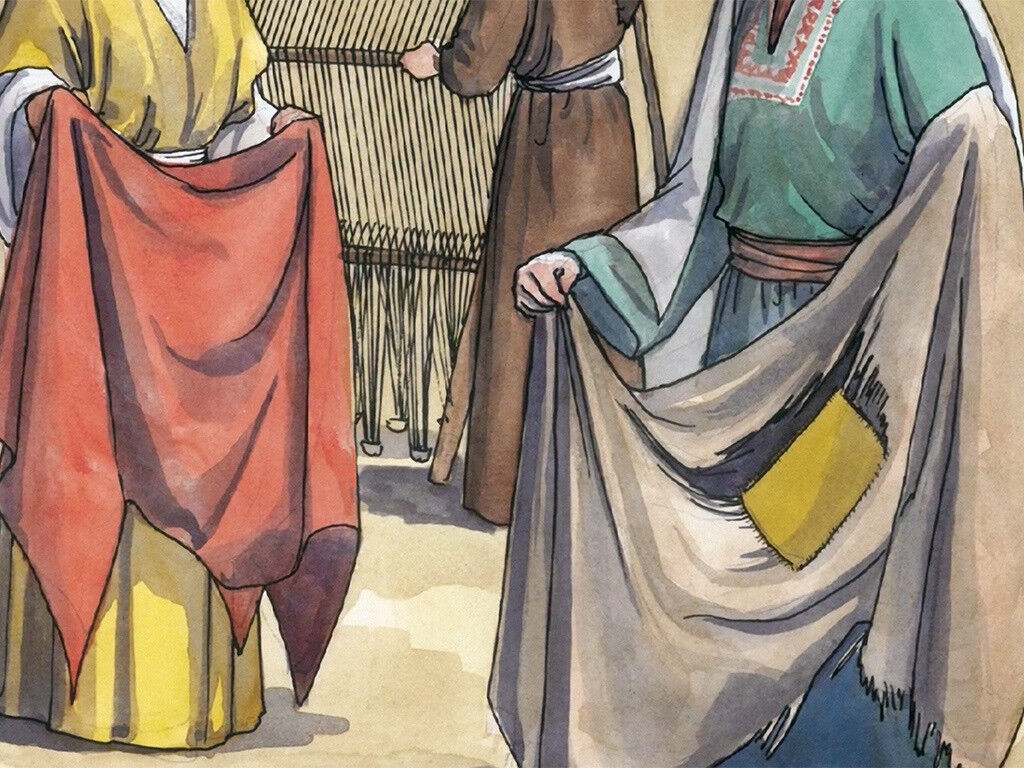 Biblical Christianity is not a new patch of cloth attached as an afterthought to something old; it is a new robe altogether. The illustration of the old wineskin is a striking statement of the revolutionary character, the creative fermentation, of this globally expanding new faith system, rooted in Israel but with a life distinct. If the church had tried to contain itself within the old wineskin of second temple Judaism (or indeed any temple Judaism!) it would be like putting new wine into an old wineskin. Both would be destroyed in the attempted compromise.

We can hear the Pharisees’ steady grumble in the specific question about fasting. The Pharisees followed Jesus around, heard His words and witnessed His actions. Four times in the series of controversies recorded in Mark 2, we see hostile questions beginning with “why?” (Healing of a paralytic, eating with tax collectors, fasting, and ‘violating’ the Sabbath). These critics were too busy attacking Jesus and asking petulantly “why?” to really SEE what had been said and done by Him.

Can we read a deeper meaning into the wine steward’s question?  Does this have anything to do, today, with the emergence of the Messianic Jewish movement? We must be cautious in adapting teaching to reflects the particular need of the present hour. But with that caveat, we really do have to take a second look at what Jesus said in relation to new wine and new wineskins. We need to ensure two things:

Paul stated that we look through a glass darkly (1 Corinthians 13: 12). There are some things that we may never fully understand in this life, but surely there are other things where the ultimate meaning becomes fully apparent only as biblical prophecy is fulfilled.

The position of the Hebrew people returning to their Promised Land is today, surely, just such a case. Paul did not say we would always be looking through a glass darkly! He acknowledged that it was “now” that some elements of understanding are obscure. As we draw nearer to the Lord’s certain return in Glory, are we right to assume that some things will be made more plain to us, to help us to interpret signs of the times?

So – what can this very best wine be, that is reserved for our own day?

A strong candidate must be the reemergence of a vibrant Messianic Jewish movement. This looks set to become a “pathfinder” for the broader Jewish community to discover (rediscover) for themselves Yeshua ha Massiasch (Jesus the Messiah) and to turn to Him in faith and repentance.

The Holy Spirit said this would happen (Romans 12). It is now happening! What joys await the whole church when the Jewish people, in large numbers, come into the Kingdom (Romans 11:26)? What portents that will open! Allowing that God always made it plain that there would be immense joy in the future under His plans and His timing, we can be very certain of two things:

Beware of the danger of becoming intoxicated with this new wine! Some believers have definitely ‘gone overboard’ with this, trying to emulate Jews and in some way to elevate Torah – even to the point of placing themselves back under Law! Galatians chapter 5 (and, in a sense, the entire epistle to the Hebrews) dealt with this specifically and definitively.

We must recognize an eschatalogical truth, that Jesus has indeed reserved the best wine until last. This wine will be sweet indeed as we face the final challenges that this world throws up against the gospel and against the message of new life in Jesus. We need new wine, to be sure! But we also need to recognize that God is maintaining His programme and His timeframe. He said that “all Israel” will be saved (Romans 11:26) and Scripture makes plain this is connected with end-times realities. Many Christians today rejoice as they see Jesus revealed throughout the Tanakh, as well as the steady unveiling of events prophesied in Revelation. Some of us are ready and waiting, as Jesus said we would (Matthew 24).

Praise God! There are significant blessings reserved until the last things!

Peter Sammons is a procurement specialist. He also runs Christian Publications International and has authored several books including “One Flesh – What Jesus Teaches About Love, Relationships, Marriage – and a Lot More!”