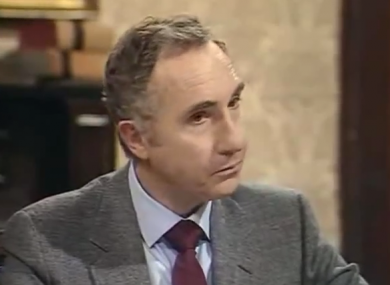 What is it about the number 100 that get’s the ‘progressives’ (or should that be ‘regressives’?) so excited? Is it just that it is a nice round number, and so easy to identify with?

The BBC for children (CBBC) told kiddies a few years back that there are 100 different genders: https://www.dailymail.co.uk/news/article-9179703/BBC-programme-tells-9-year-olds-100-genders.html . So that’s the UK’s State broadcaster, our broadcasting civil servants. No wonder children are confused (well, I am at any rate).

Now today Britain’s (once) great Civil Service, the ‘envy of the world’ (the Sir Humphries, that permanent ‘government behind the scenes’, complete with its own ‘mandarins’ (but that might as well be tangerines, today, if they choose to so-identify!)) are told ……… yes, you guessed it …………. there are 100 different genders: https://www.christian.org.uk/news/civil-service-tells-staff-there-are-more-than-100-genders/ . Perhaps yesterday’s CBBC’s kiddies have now joined the Civil Service and need to have the CBBC ‘lesson’ reinforced (have they forgotten it?).

Christian comment: once people take leave of their senses, the game is up for society. The Bible certainly posits a future when even within the church, people will not put up with sound doctrine. So what hope beyond the church? The Bible posits a future where truth lies ‘prostrate in the street’ (Isaiah 59: 14). Have we reached that time now?

Any why is it that ‘progressives’ so hate womanhood? It is undoubtedly true that women at large have been the big losers in the ‘sexual revolution’ (perhaps Christian Comment will one day run a short artilce on that subject). Women must be airbrushed out of the story; they are now an embarrassment to all and sundry. It used to be the role of men to protect their womenfolk, but today such protection is cited as “hate speech” , and you might find your local police turning up in force. Maleness defenestrated. Womanhood airbrushed ……

Meantime we have a Civil Service that has not totally returned to work after the so-called Pandemic. It seems that rather too many have found ‘100 reasons to stay at home’. Time for smaller government?

Who, or what, will fill the void that was once the Civil Service of Britain?