The Biblical Feasts By Rufus Barnes 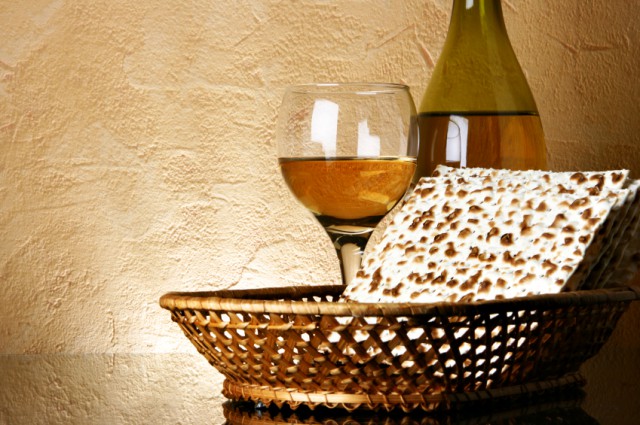 Chris Bishop in his sermon at St Mary’s on the first Sunday after Christmas reminded us that the only scriptures available in the times of Jesus were what we call the Old Testament. This information can come as a shock to some Christians, but when we think about it, it is obvious. Indeed none of the New Testament was written until at least 43 AD, and perhaps surprisingly the first books of the New Testament to be written were not the Gospels, but the Epistles of Paul.

Thus, when Jesus refers to the Scriptures, or says ‘As it is written…’, He is referring exclusively to the Old Testament. When Jesus celebrates the Feasts, or Festivals, He is celebrating what we, erroneously, think of, and as Christians maybe even dismiss, as the Jewish Feasts/Festivals. Most are to be found in Leviticus 23 where they are clearly described, by God himself, as the Feasts of the Lord. There are, in addition, two Feasts, those of Purim and Hannukah, that are celebrated annually by Jewish people and which relate to events that occurred either in the Old Testament in the Book of Esther for Purim, or in the Apocrypha in the Book of Maccabees for Hannukah. We know that Jesus celebrated Hannukah, or the Festival of Lights, because we can read about it in the Gospel of John, Chapter 10vv 22-23 and if He celebrated it, then perhaps we too should know more about it.

During the course of 2016 I shall be writing short articles on each of the Biblical Feasts setting out my understanding of each. I hope you will find them interesting and helpful.

Since God starts His list of the Feasts in Leviticus 23 with the Sabbath – in Hebrew, Shabbat, I shall start there too. This is the only Feast that occurs every week – the others all occur annually. Shabbat literally means ‘to rest’ and in the same way that God rested on the seventh day after He had completed the creation, so He commanded that mankind should rest on the seventh day. In Exodus 20 v 8, we are told ‘Remember the Sabbath and keep it holy’. In Biblical terms the rest of the week centres around the Sabbath and the day before the Sabbath is called the Day of Preparation when everything is done to ensure that the Sabbath can indeed be a day of rest. When the children of Israel were in the wilderness God provided a double portion of manna the day before the Sabbath so that the Israelites would have food without having to work to collect it.

In the story of creation, at the end of each day God says, ‘the evening and the morning of the …day’. Jewish people believe that this shows that for God each day begins at sunset and goes through to the following sunset. Sabbath therefore begins on Friday at sunset when the last act of a Jewish mother prior to sunset will be to welcome in the Sabbath by lighting the candles. Before the Friday evening meal God is blessed for the provision of bread and wine and then the father of the house blesses his wife and his children. At the end of the Sabbath there is a ceremony to extinguish a candle and to separate the holy Sabbath from the profanities of the week.

In Mark 2 v 27 Jesus tells His followers that man was not made for the Sabbath, but the Sabbath was made for man. In our busy 21st century world it is virtually impossible to set aside one full day a week for rest, even though we all might benefit were we to do so! We should however try to spend some time resting in the assurance of God’s promises to His people.

After becoming a Believer and getting married, Rufus Barnes went to Bible School in Jerusalem where his eyes were opened to the Jewish root of the Christian faith. He is currently Vice-Chair of CMJ UK, is on the leadership team of Hephzibah Cambridge and he leads an Israel prayer meeting in his home church. He has led a number of study tours to Israel and was Chair of advocacy group Love Never Fails.