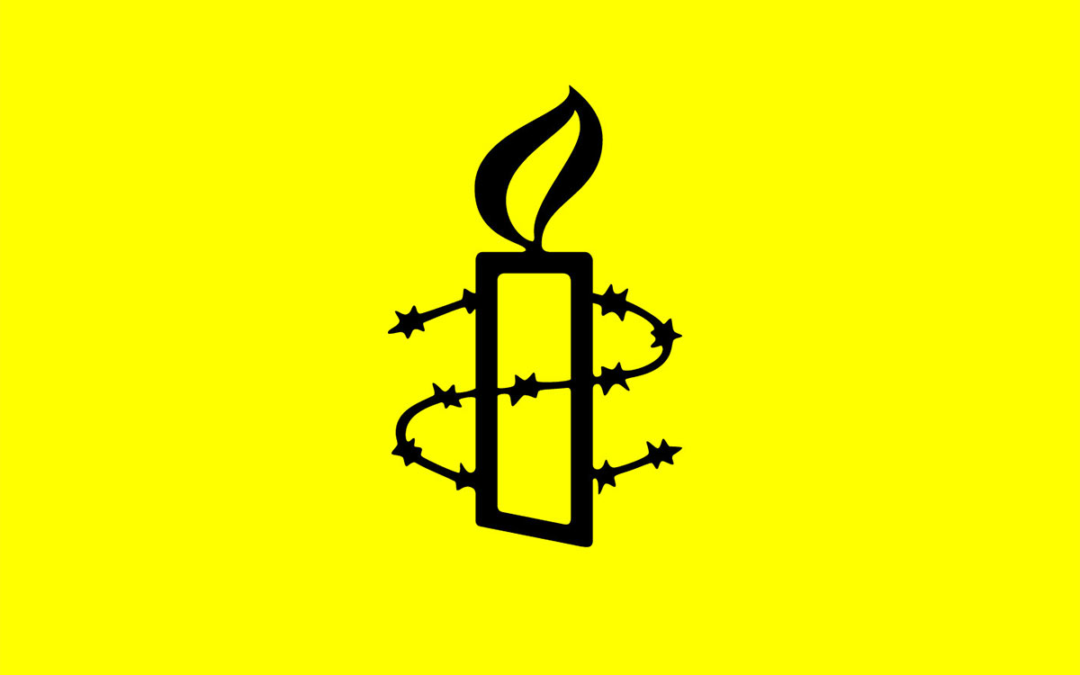 It’s no secret that Amnesty International long ago departed from its original principles. Today the so-called ‘friend of the persecuted’ is morphing into the persecutor.

This article is ‘re-tweeted’ from Citizen-GO, but with minor edits by Christian Comment ……..

It’s no secret that Amnesty International long ago departed from it’s original principle of defending prisoners and those persecuted by totalitarian regimes for standing up for their conscience.

Amnesty has been shedding supporters for years thanks to their support of progressive liberal agendas. They’ve promoted abortion, weighed in on the side of LGBT ideology and lobbied for the legalisation of prostitution – an industry that degrades, harms and exploits so many women and girls caught up in it.

Just when you think they couldn’t get any worse,  Amnesty has done a stunning 180-degree turn from staunch defender of human rights to rabid persecutor of those deemed to hold ‘the wrong opinion’.

CEO of Amnesty International Ireland, Colm O’Gorman signed an open letter published in Gay Community News, calling for political representation to be stripped from all those who disagree with transgenderism or gender ideology.

Sign our petition demanding that Amnesty International distance themselves from these comments and ask Mr. O’Gorman to either apologise or resign.

Mr. O’Gorman has said that he is proud to have signed this letter on behalf of Amnesty. But the text of the letter ‘calls out’ ordinary people like you and me, mentioning our concerns about LGBT ideology in schools as being ‘bigoted, fringe, far-right tropes’ and calling for anyone who dares to express these worries as being officially disbarred from holding any political office.

Not only does Mr. O’Gorman want us stripped from being able to run as local councillors or as candidates in national elections. He also calls for people who share our views to be denied airtime.

Amnesty is demanding that we are denied political representation, that our views are banned from being aired in the public square and that our ability to participate fully in public life and social discourse is restricted.

The great irony is that many of those whom Mr. O’Gorman is writing off as bigots and obstacles to Ireland’s diverse society are themselves avowed feminists and/or members of the LGBT community.

Those who are concerned about the physical and emotional consequences of affirmative medical care, especially on children, are not, as Amnesty is claiming, bigots wishing to cause harm. If Amnesty had their way they would no doubt use the excuse of ‘bigotry’ to remove the judges from London’s High Court who has just ruled that children are incapable of consenting to medical care designed to stop puberty and/or permanently alter their physical appearance.

Women who are campaigning for biological men to be kept out of prisons, rape shelters and changing facilities and to ensure that competitive sport is kept fair, are not trying to trample on the rights of others but are looking to protect the vulnerable.

All of these views are legitimate. None of them call for unjust discrimination or seek to incite violence or hatred. Yet Amnesty International wants those who dare express them, punished!

Amnesty wants to punish and silence anyone who dares to speak out about transgenderism:

Add your name protesting Amnesty’s authoritarianism and demanding that they commit to upholding conscience rights.

Amnesty’s founders would spin in their graves if they learned that this organisation, set up to protect the conscience rights of individuals, has now joined the ranks of the persecutors.

It is likely that both of Amnesty’s Catholic founders, Peter Beneson and Sean McBride would, if they were alive today, find themselves on the wrong side of Colm O’Gorman’s comments, labelled as ‘far-right bigots’ and prevented from doing any of their crucial advocacy work.

Amnesty used to work for the freedom of prisoners of conscience, now it effectively wants to create them. They have become the same authoritarian ideologues as those whom they were founded to oppose.

The suggestions laid out by Amnesty are in breach of the provisions of several major international treaties on human rights, including the Universal Declaration on Human Rights, the International Covenant on Civil and Political Rights and given that the majority of the gender-critical movement is made up of women, this could also potentially breach the Convention on Elimination of all Forms of Discrimination against Women.

It is no wonder that Amnesty International is so often given the moniker of “Shamnesty” – they are making a mockery of human rights and going against all they claim to stand for.

P.S. Did you know that even the granddaughter of one of Amnesty’s founders has condemned their stance and written to the Irish Times, calling out their stance which seeks to deny legitimate political representation, as chilling!

Gript Media: Amnesty call for women/LGB groups who disagree with them to be stripped of political representation:

The Irish Times: Amnesty and freedom of conscience