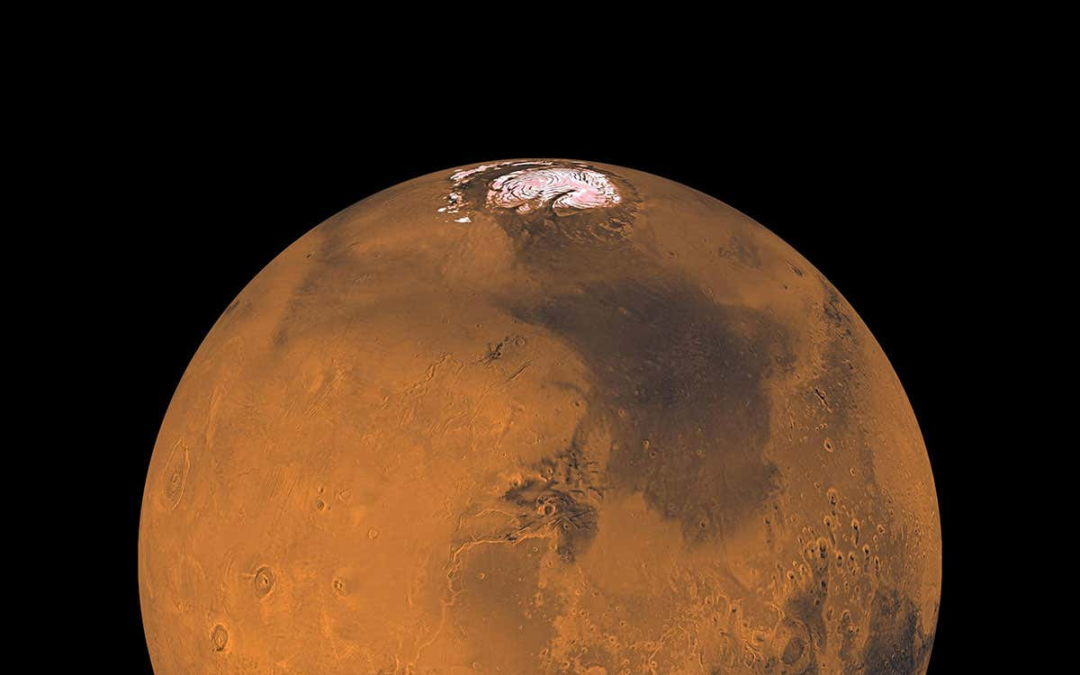 Our previous article reflected on the likelihood that in 2021 “life” will be claimed to have been discovered on Mars. This “discovery”, whether real or false, will serve two principle purposes: (1) justify and impel further financial investment in the progression of such “knowledge” and (2) affirmation of the various, if often contradictory, theories of evolution, so reinforcing the claim that ‘God is dead’.

Whilst Genesis chapter 1 sets out the eternal truth that this World is God’s and He made it, the real sub-text is surely that Jesus is our Sabbath rest. God chose to create the world in six days (howsoever we understand that word). This was leading inexorably to the real purpose of the creation event, the seventh day which introduces Jesus to this world and to our consciousness [Genesis 2: 2-3]. The ultimate purpose of the hard creative work in chapter 1 is that we can enjoy relationship with our Creator God, Who also is the God Who knows us individually by name and desires an eternal and intimate future with us. Hebrews chapter 4, and especially verse 1, sets this out with precision.

Hebrews 4 is the definitive passage regarding Jesus as our Sabbath rest. The writer exhorts his readers to “enter in” to the Sabbath rest provided by Messiah. After three chapters of telling them that Jesus is superior to the angels and that He is our Apostle and High Priest, he pleads with them to not harden their hearts against Jesus, as their fathers hardened their hearts against the Lord in the wilderness. Because of their unbelief, God denied that generation access to the holy land, saying, “They shall not enter into My rest” (Hebrews 3:11). In the same way, the writer to the Hebrews begs his readers not to make the same mistake by rejecting God’s Sabbath rest in Messiah Jesus. “There remains, then, a Sabbath-rest for the people of God; for anyone who enters God’s rest also rests from his own work, just as God did from his. Let us, therefore, make every effort to enter that rest, so that no one will fall by following their example of disobedience” (Hebrews 4:9–11). There is no other Sabbath rest besides Jesus. He alone satisfies the requirements of the Law; He alone provides the sacrifice that atones for sin. He is God’s plan for us to cease from the labor of our own works.

As we saw in our previous article, scientists and philosophers expend vast effort and wealth in the pursuit of “extra-terrestrial life” – they are literally searching (as in SETI) through the heavens for some other life form. How ironic! Therefore, since we have a great high priest who has gone through the heavens, Jesus the Son of God, let us hold firmly to the faith we profess. For we do not have a high priest who is unable to empathize with our weaknesses, but we have one who has been tempted in every way, just as we are—yet was without sin. Let us then approach the throne of grace with confidence, so that we may receive mercy and find grace to help us in our time of need. (Hebrews 4: 14 – 16, 1984 translation). Look behind you, scientists! That “extraterrestrial intelligence” has already travelled though the heavens and is here now!

Mars 2020 is NASA‘s Mars Exploration Program, to investigate the “astro-biologically relevant” environment of Mars, its surface geology, history, assess past habitability and the potential for preservation of bio-signatures in geological material. The mission will search for evidence of past microbial life.

Budget for the mission is a closely guarded secret, but we assume that the expenditure has been vast. Having landed and collected samples, a key mission requirement is to help prepare NASA for a separate Mars sample-return (MSR) mission, which is needed before any crewed mission could take place. Such effort will require additional vehicles: an orbiter, a fetch rover, and a Mars ascent vehicle (MAV).

Dozens of samples would be collected and cached by the Mars 2020 rover, and left on the surface for later retrieval. A “fetch rover” is planned to retrieve the sample caches and deliver them to the MAV, which would then launch from Mars and enter a 500 km orbit and rendezvous with a new Mars orbiter. The sample container would then be transferred to an Earth entry vehicle (EEV) which would bring it to Earth, descend under parachute and hard-land for retrieval and analyses in special ‘safe laboratories’.

We must comment again that the expenditures to make all this happen will be truly vast. Will governments stump-up the necessary money for follow-up work in the absence of “evidence” of “life” in the first place? It seems on this basis that the temptation to “discover” “life” or “evidence” of past “life” will be just too strong to resist. So watch your newspapers in 2021!

A meteorite found in Antarctica made headlines in 1996 when scientists claimed it could contain evidence of traces of life on Mars. Known as ALH 84001, the Martian rock contained structures that resembled fossilized remains of bacteria. Follow-up tests revealed organic material, though the debate over whether or not the material was caused by biological processes wasn’t settled until 2012, when it was determined that these ingredients had been formed on Mars without the involvement of life.

Laughably, some astronomers and philosophers are today unhappy with the plaque designed by Carl and Linda Sagan, attached to the Pioneer 10 spacecraft before launch in 1972. It is now seen as politically incorrect! At a conference in Leeds in 2015, reported in The Guardian newspaper, a group of British astronomers and philosophers who form the UK network for SETI, opined that the Sagan-Drake plaque sends out politically incorrect messages!

Jill Stuart, a specialist in space policy at the London School of Economics, was quoted in The Guardian: “The plaque shows a man raising his hand in a very manly fashion while a woman stands behind him, appearing all meek and submissive. We really need to rethink messages we are sending out now. Attitudes have changed so much in just 40 years.” The plaque portrays the human figures as white-caucasian, and Stuart added: “I would be uncomfortable with sending out any images or messages that include Western-dominated material.”

How absurd that future philosophers when sending out messages to the vast and empty wastes of space feel compelled to filter-out anything that reflects God as He made us (Gen 1:27, male and female). Still, they will have any number of alternative “genders” with which to excite the interest, or just plain confuse, any alien spacemen who happen upon their next politically correct space probe!

As Christians we must reflect that there will be future visitation from extraterrestrial intelligence. For heaven’s sake, our daily Lord’s Prayer cries out “Thy Kingdom Come” and the penultimate verse of the Bible is “even so, come Lord Jesus”.

The good news remains that we don’t have to worry about life “out there”. We are told by Jesus to find life down here. “I am the Life” says Jesus, and unless a man be born again, he cannot see the kingdom, let alone enter it (John 3: 3 and 5). Mankind really needs to sort things out down here before he starts to think about other worlds. Yet the heavens do indeed declare the glory of our Creator God: “You alone are the Lord; You have made heaven, The heaven of heavens, with all their host, The earth and everything on it, The seas and all that is in them, And You preserve them all. The host of heaven worships You.” (Nehemiah 9:6).

Be prepared, then, for the “discovery” of “life” on Mars some time soon – and the concomitant febrile exclamations of the MSM (mainstream media). For the true Believer there will be a need to keep clear heads and reemphasize our saving message. The Scriptures encourage us to lift up our heads, not to look for little green men, but because our redemption draws near – Jesus is going to return at the crisis of world history [ Luke 21:28 and 34 to 36; Matthew 24:30; Revelation 6:15-17 ] and He will return in the same manner He left [ Acts 1:11 ].

Beagles, SETIs, rovers, MAVs, Mars 2020! Is it “much ado about nothing”?!  Praise God we don’t have to worry about “life” out there, in the vast empty wastes of space. Jesus described Himself as “the Life”. Mankind’s optimum effort and investment should not be in imagining extraterrestrial “life forms”, but to enter-in to the Life that is eternal. Life is not “out there”.

True Life is available to all down here – we only have to reach out to Jesus’ hands already outstretched to us. The Max Planck Institute for Radio Astronomy speculates that light marked the beginning of Creation, as we saw in our previous article. Good for them! They emphasize what we already know: Through him all things were made; without him nothing was made that has been made. In him was life, and that life was the light of all mankind. [John 1: 3-4, NIV, 1984 ]. It is our joy and privilege to proclaim that Word of Life that was from the very beginning. [1 John 1: 1-3].  Our Sabbath rest is Jesus and our relationship with Him is eternal. Praise God, indeed!