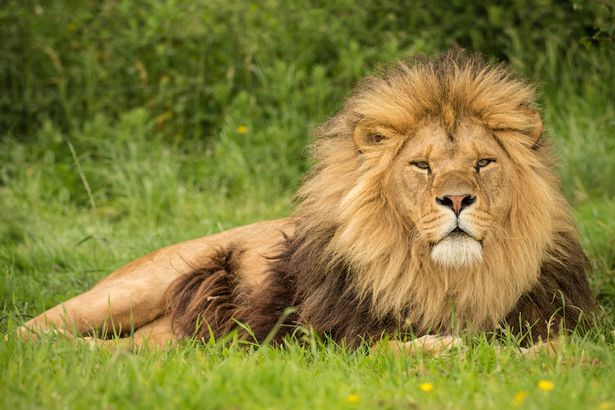 PRIDE BEFORE A FALL

My mother used to quote scripture across the kitchen table. One of the verses frequently quoted was “pride comes before a fall”,  paraphrasing Proverbs 16:18: “Pride goeth before destruction, and an haughty spirit before a fall”.

We need to focus on this reality of ‘pride’. Let’s ignore ‘haughty spirit’ as it is virtually the same thing. If you are proud then you tend to have a haughty spirit. Haughty comes from the word ‘high’ – haughty people look down on others. Haughtiness and pride are really two sides of the same coin. ‘Destruction’ and a ‘fall’, of course, are two things we should avoid. Destruction means loss. A fall means injury.

Paul expressed a positive pride when speaking of the confidence of the true believer (2 Cor 7:4) and their strength in the Lord (2 Cor 12:5,9): “Great is my boldness of speech toward you. Great is my boasting on your behalf. I am filled with comfort. I am exceedingly joyful in all our tribulation” (2 Cor 7:4).

Paul expresses a good sort of pride, where God is active even in the reality of opposition and persecution. Paul can “boast” about the good things that the Corinthian believers had achieved, by God’s grace and power: “Of such a one I will boast; yet of myself I will not boast, except in my infirmities” (2 Cor 12: 5).

Paul suffers infirmities, yet because of these he can take pride in, and boast about, God’s strength. “My grace is sufficient for you, for My strength is made perfect in weakness.” Therefore most gladly I will rather boast in my infirmities, that the power of Christ may rest upon me” (2 Cor 12: 9).

Pride – a way of life

In the Bible ten Hebrew and two Geek words are generally translated as ‘pride’. Biblically this is about having an excessive attitude of pride, which is the opposite of humility. Pride is a sinful attitude of the heart and spirit, hence we read “Haughty eyes and a proud heart, the lamp of the wicked, are sin” (Proverbs 21:4).

Ecclesiastes 7:8 speaks of the “proud in spirit” and the psalmist declares “O Lord, my heart is not proud, or my eyes haughty”. (Ps 131:1). Along with the sins for which God will judge Gentiles, we find insolence, arrogance and boasting (Romans 1:30). Included amongst sins that will be prevalent in the last days, Paul includes boasting, arrogance and conceit (2 Timothy 3: 2,4).

Pride cannot remain internal. It infects one’s speech, and boasting is one way in which this sin can manifest itself (Malachi 3:13). Pride can appear in the way that one looks at another person. Hence the scriptures speak of “haughty eyes” (Proverbs 6:17). The psalmist speaks of a person with “haughty looks and arrogant heart” (Ps 101:5, see also Prov 30:13). Pride may take the form of contemptible treatment of others (Proverbs 21: 24).

Pride gets in the way – eternally

Pride is the catalyst that prevents so many from coming to Jesus in faith and repentance. Ultimately, people want to be “god” over their own lives and left in their state of sin.

What are the “excuses” they make for their prideful attitude? * “I don’t need the crutch of religion – I’m master of my own destiny” * “We know so much more these days, we don’t need “stories” from the Bible” * “I’m too intelligent to believe stories about Jesus”.

2 Timothy 3: 1 – 17 is well worth reading! We note straightway that Paul specifically mentions the end times (“last days” – verse 1). In these last days humans will be ……… rather horrible! We can assume that Paul’s list of characteristics marking out the last days reflects those deadly sins that have beset mankind since the beginning. These things have always afflicted Mankind, yet become far worse at the end.

Wherever people rebel against Jesus, behind their rebellion is pride. They are unwilling to come under Jesus’ Lordship in this life, and try to ignore the fact of His judgement in the next. Truly it must be said “pride goes before destruction”.

The pride of the unrepentant individual will lead to their eternal separation. If readers are shocked by this, then I apologize. But you do not make unpleasant truths go away by ignoring or denying them. Almost everything we know about eternal destruction comes from the lips of Jesus.

When Jesus speaks about heaven, He almost always speaks of Hell in the same breath. It seems perverse to say that He was right about Heaven, but wrong about Hell; yet that seems to be the position adopted by some within the umbrella of the institutional Church.

The warnings in 2 Timothy 3 are about the last days. We conclude that SOME of the things to which Paul refers will grow markedly worse. What is apparent from Jesus and Paul, is that rebellion within the church itself will become more widespread. Furthermore, as technology becomes more sophisticated and material wealth more widely distributed (albeit unequally), so Mankind will become ever more filled with pride.

The despising of what is “good” (3:3) is a clear marker of the end times. Today the church is increasingly hated even in places that were once nominally “Christianized cultures” – think here broadly of the western world. (Persecution in non-Christianized cultures has always been commonplace.)

That which is good is today routinely being described as bad. Surely this must cause us to reflect on Isaiah 5:2: “Woe to those who call evil good, and good evil; Who put darkness for light, and light for darkness; Who put bitter for sweet, and sweet for bitter!” In Isaiah’s prophecy there is the sense of pride and rebellion against God going before the destruction that inevitably must follow.

Disobedience towards parents has a special resonance in our modern age. Very often, and with increasing incidence, young people reject what their parents brought them up to be; sometimes covering themselves with tattoos in an attempt to obliterate what nature made them, sometimes changing their names or their fundamental identities.

What does Paul warn in his letter to Timothy? “lovers of themselves, lovers of money, boasters, proud, blasphemers, disobedient to parents, unthankful, unholy.” We have always been aware of these things in individuals – but what happens when an entire culture absorbs these traits as their “norms”? “Headstrong, haughty, lovers of pleasure rather than lovers of God”; our culture considers hedonism a reasonable ambition for an individual.

But what does Proverbs tell us? “A haughty spirit goes before a fall”. We can be assured that there is a fall coming ……..

As the western world has begun to unravel, so we have seen an increasing use of the “pride” word in public discourse. It’s a matter of observable fact that after the spate of terrorist outrages (2015-17) there was no attempt to confront, or even acknowledge, the real underlying causes of Islamic militancy. Perhaps our politicians are just too timid.

Instead, after the attacks in Paris we learned that the people of France were proud of their secular culture. After the 9-11 attacks in America their first (and it seems last) determination was to rebuild the twin towers bigger and better than what had been knocked down. They were saying, in effect, “we are proud of our ability to build ever bigger, and anything you knock down we will simply rebuild!” Kindergarten playground defiance!

After the May 2017 outrage in Manchester the city’s Mayor had nothing to say about the need for repentance. Perhaps it was too much to expect of him – he is, after all, no Christian. Instead his words were: “We are grieving today, but we are strong. Today it will be business as usual as far as possible in our great city ……… it will be that ‘spirit of Manchester’ that will prevail and hold us together”.

That smacks of pride of place! No acknowledgment that without God’s grace and mercy there can be, ultimately, no safe society or safe city. Nothing of the need to, as it were, wear sackcloth and ashes in acknowledgement of our national defiance against a Holy God at the most profound and foundational level. Instead ….. pride of place. And we all remember the cry that went up across the western world after the Charlie Hebdo attack. Was it “Lord Have Mercy?” No! It was “Je suis Charlie”. I hope it does not sound too trite to point out that this virtually translates to “I am a Charlie”!

Whenever a politician uses the ‘P’ word, telling us what they are proud of – listen carefully for the spiritual sub-text. I deserve no prizes for suggesting what where the ‘P’ word is mentioned, in almost any context, it will be pride in something diametrically opposed to the things of God. Remember this as well, when you next hear some theologian or cleric talking publically about pride. If it is not pride in Jesus that is being vaunted, then again listen carefully to the spiritual sub-text ………

Let’s not lose hope in times such as these. Jesus warned ahead of time what to expect as human history draws to its close. I do not think He did this to excite interest in precise timings of events – which are unlikely to be plain until the very end – until that time known as The Great Tribulation.

Jesus spoke in Luke 21 and Matthew 24-25 about the end times. In Luke 21:28 He says simply: “when these things begin to happen, look up and lift up your heads, because your redemption draws near.”

We are not to go around with long faces bemoaning how harsh things are becoming. Rather, we are to “lift up our heads” in joyous expectation because at this point we know with certainty that our “redemption draws near.” In other words Jesus is coming, and soon.

The penultimate verse of the Bible is “even so, come Lord Jesus”. That must be our cry and our confident, holy, anticipation each and every day. When Jesus taught us how to pray the first “clause” of His Prayer is quite simply: “Thy Kingdom Come”. We are not to be satisfied, or content, until His Kingdom is established here on earth. Truly we are exiles living in a foreign land (1 Peter 2: 11). If we take pride in anything, it must be in our Saviour God Who speaks plainly – and keeps His promises.

Peter Sammons is commissioning editor at Christian Publications International. Relevant to this article his books “The Empty Promise of Godism” (2009), “Rebel Church” (2013) and “The Prince of Peace” (2015) are freely downloadable: