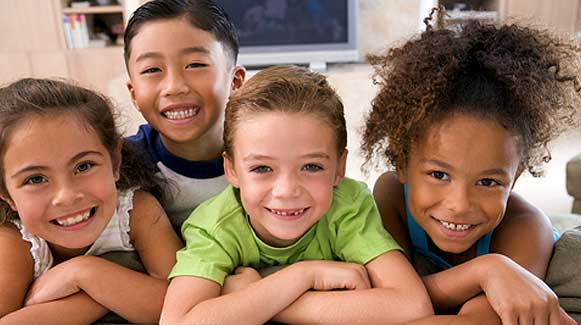 Since the dawn of time in this world, children have been at the forefront of the Lord’s holy and righteous concerns. No surprise then, that the Devil takes the opposite view. Part 2.

A young child is uniquely able to “see” falsehood at the foundational level. Whilst children can be snared by falsehood and simply taught lies, yet whilst in infancy they are able, it seems, almost to sense falsehood and duplicity in adults. How often we see young children hide behind their mother’s skirt when meeting adults for the first time, or simply announce that they do not “like” a person or a situation. Perhaps this God-given innocence indicates that they still bear the mark of their holy Creator. And that mark is something the enemy is determined to eradicate.

In Pharaoh’s Egypt young boys were marked for destruction (Exodus 1:15-22). We know of course there were political and demographic reasons, but the inspiration was surely demonic.

It is notable that in this account midwives were brave and resisted an evil order. The few biblical references to midwives are all positive; to help bring a life into this word is a noble task. How tragic then, in our own day, that the UK Royal College of Midwives has called for abortion limits to be increased to full term. This caused a media storm (in a teacup, sadly) and yet there has been genuine shock at this public stance which was adopted without consultation. The Daily Telegraph report (16 May 2016) online gives the ugly picture:

The Royal College of Midwives tried to backtrack in a subsequent statement on its website and described media reports as “sensationalist”. As far as your author can ascertain, the media reports were accurate and measured. To see the RCM’s current position look on their website – their words have changed but the underlying philosophy has not:

God seems to have a special anger for killing of the unborn as Amos 1:13 suggests. In the Bible midwives are celebrated and valued. In our modern world, in the UK at least, their “trade union” seems to have become a part of the abortion industry – or at last fully sides with that industry.

This article is not to explore the Christian perspective on abortion. Others have ably and thoroughly covered this ground. This article, by contrast, aims to ask serious questions about the causes and effects of abortion at what we might call the “macro-economic” societal level.

Why is it that young women (not to mention old men) can get so excited and emotional about the prospect of killing the un-born (or perhaps we should say, about those who seek to prevent the killing of the unborn)? The mantra that this is “my body” and therefore “my property” looks, spiritually, like just another affirmation of rebellion against God.

God is sovereign and He knits us together in our mother’s womb, in the words of the Psalmist (139:13). Yet today all too many perceive themselves as demigods, with the power of life and death. The assertion “I am sovereign” over my own body, is surely another way of saying “I am ‘god’ of my life and I will choose what I will choose, and “damn” anyone who comes in my way!” At root this is spiritual rebellion.

We can sense the sadness and confusion of many individuals who seek “abortion” services. Many do so with a genuinely heavy heart. Yet it is the ‘religious fervour’ of the abortion industry and those who support it that is so noteworthy. An acquaintance of the author mentioned that he was “proud” of the provision of abortion services in the UK. Strange what can make a man proud – killing the unborn, snuffing out their future.  And this is seen as praise-worthy and pride-inducing! By contrast Proverbs reminds us that “pride comes before destruction” (16:18). Is destruction coming to our culture?

What has abortion achieved in the UK? When ‘legalised’ in 1967 following a campaign championed by the youthful and energetic David Steel, it was on the basis that abortion would continue to be against the law unless a pregnancy is extinguished by a registered medical practitioner if two registered medical practitioners are of the opinion, formed in good faith that the pregnancy had not exceeded 24 weeks (heartbeat is detectable at  9 weeks) and certain other minimum criteria were satisfied.

Yet today we have the tragic situation that the law is honoured as much in its breach as its observance. What was originally touted by ‘The Mother of Parliaments’ as an exceptional procedure has morphed to become abortion on demand with killing on the grounds of gender (girls are generally the target – as this Telegraph investigation uncovered: https://www.telegraph.co.uk/news/health/9099711/Abortion-investigation-doctor-secretly-filmed-offering-to-terminate-foetus-because-of-its-gender.html)

Other cases have involved Doctors signing blank consent forms. No prosecution for these criminal offences have been allowed. The UK Crown Prosecution Service declined to allow a private prosecution on this matter as being “not in the public interest”. This matter is now popularly known as the Aisling Hubert case after the lady who sought to bring the prosecution: http://www.bbc.co.uk/news/uk-england-31876442

Abortion in the UK has cost the lives of between 7 and 8 million babies since 1967. Strangely, in the same time frame, roughly the same number of immigrants from largely alien, non-western (and indeed non-Christian) cultures have arrived in the UK.

Could it really be that God is saying “every time you destroy one of My unborn I will progressively change your demographic – forever”? With a UK population of 66M, this suggests that more than one in eight of our nation has been “terminated”, to use a shallow euphemism. For every eight people you see, there is a ninth who “never made it”.

Demonic forces hate children because they are made in the image of God and they have a future that might pitch them against the Lord’s enemy. The devil of course wants them to suffer the same eternal fate as himself, not perhaps because he is angry at them per se, but rather because God loves them and Jesus has already yielded up His life for them. What is Jesus’ verdict?

He called a little child to him, and placed the child among them. And he said: “Truly I tell you, unless you change and become like little children, you will never enter the kingdom of heaven.  …….. whoever welcomes one such child in my name welcomes me. If anyone causes one of these little ones, those who believe in me, to stumble, it would be better for them to have a large millstone hung around their neck and to be drowned in the depths of the sea. Woe to the world because of the things that cause people to stumble! Such things must come, but woe to the person through whom they come! (Matthew 18: 1-7).

Demonic forces hate children with vehemence. We know why. In our land today children are being taught to doubt their gender – the way that God knit them together in their mother’s womb. And to object to, or challenge, such discourse is becoming legally fraught ground. Yet our Lord has spoken. He will not be silenced, nor ultimately avoided.