Can anything good come out of Basingstoke? 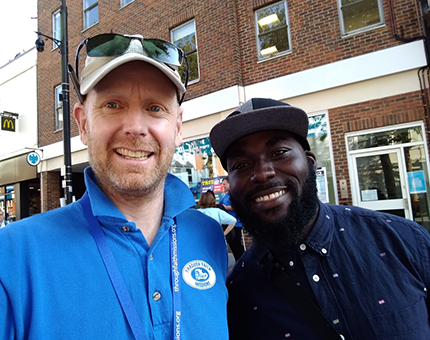 I thank my God every time I remember you.In all my prayers for all of you, I always pray with joy because of your partnership in the gospel from the first day until now, (Phil 1 v3-5)

Looking back through the frustrations and isolation of 3 lockdowns and the early days of my arrival at TFM in 2019 …………… we’d just finished a staff meeting. I raised the possibility of TFM working with new churches and Pentecostal streams. It was observed that this had rarely happened because these churches often have their own mission activities and TFM’s timings aren’t conducive. I felt sad about this. Then the office phone rang. Tim Hall answered and before I could say ‘Assemblies of God’ he handed it over, ‘there you go Dan.’

Ebow, a Ghanian pastor from Basingstoke, introduced himself and we never looked back. I have lost track of how many times I have visited his church Wessex Christian Fellowship (AOG) in Basingstoke for mission prep and preaching. There have been many late-night discussions between Ebow and myself. He is a deep thinker whose main passion is to establish a missional church. Small wonder we get on famously!

Here I sit having returned from our second TFM mission based at Ebow’s church. Does anyone recall the week we did in September 2020 slotted between lockdowns one and two? We got back on the Sunday; on Monday lockdown two started! A distant memory now.

We were impressed with the passionate prayer in the five churches, we can learn much in this area. One church holds a daily prayer meeting at 6am. It’s hard to articulate but those of us who have done a few missions recognise the advantage of evangelising in an area that has been faithfully covered in prayer over time. This is markedly different tospirituallyhard, unyielding ground that has not been ploughed up in prayer.. God honours the faithful prayers of the Basingstoke churches. 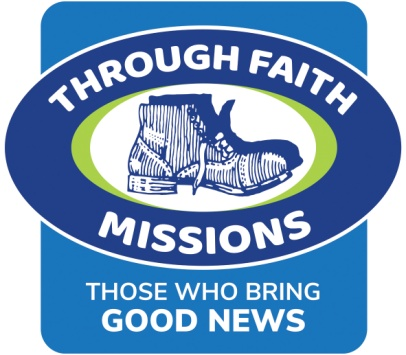 God is attracted to hunger

Some will remember Walk Wessex in 2003 which one of our churches participated in. Why do TFM keep going back to Basingstoke? It’s not a huge metropolis, neither is it the northern wilderness of Scotland where no one else but TFM would go! The nub of this is weare magnetised by the spiritual hunger of the Christians in Basingstoke. God is no respecter of persons or towns! He goes, and He sends where He is most wanted.Before Pastor Ebow committed to the mission in 2020 I visited his church with Jeremy (a TFM trustee). As we prayed together God gave a spiritual picture,

The UK was a vast forest of dry and dying trees. There was no green or life anywhere.It was a picture of barrenness which I understood to represent our nation’s spiritual state. This was not about lockdown,  for which it mightpotentially have been symbolic.

God looked down from heaven with fire in His hands, searching for where to throw it down first. The forest would catch on fire immediately, it was so parched. God was asking, ‘Who wants this fire, I will send it first where it is most desired?’.

Suffice to say, Ebowreplied ‘yes Lord send the fire here.’ The rest as they say is history. The fire is falling and the mission is growing! This mission we networked across five churches and with five Asian and African pastors. Mainline churches were invited but they were not able to join this time.Maybe next time? 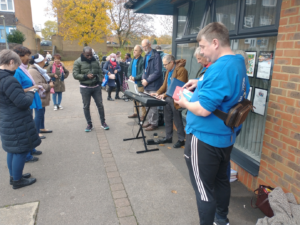 Can anything good come out of Basingstoke?

Basingstoke holds good memories for me,however some local people have a hang up. It is considered by some as a poor cousin to the up- and- coming Reading, or historic Winchester. There can be a pervasive and prevailing low self-esteem, rather like Nazareth in ancient Israel. ‘Can anything good come out of Basingstoke?’ God’s answer is a resounding ‘yes!’ Our mission activity and prayer-walking was aimed at breaking down these unhealthy attitudes both in the church and the community at large. The following prophetic promise speaks to the town,

“But you, Bethlehem Ephrathah (Basingstoke), though you are small among the clans of Judah, out of you will come (great things) for me one who will be ruler over Israel, whose origins are from of old, from ancient times.”

Working across cultures is powerful spiritually. God blesses unity aswe join with Christians who give themselves to prayer and fasting to seek the Kingdom of God. I found our African and Asian brothers to be unpolluted by western secular humanism and relativism, and thus wonderfully fresh and free in God.

When it comes to organisation and timekeeping, we have different methodology. Did we ‘English’ seem completely obsessed with timekeeping? Were we task-oriented at the expense of other aspects of mission? I had twelve highly motivated evangelists who rolled their sleeves up to work hard. I couldn’t easily tell them that we won’t be starting until after lunch. I learnt a lot about myself as I tried to balance the needs of the team, my own desire to ‘achieve something’ and themore relationship-centric and unhurried approach of our Basingstoke hosts.

Perhaps this mission was culturallyconfusing because we were in the UK and everything else workson that basis. My foreign mission trips have forced me to relax regarding timings and ‘go with the wave’.Leading a large UK team is another matter, however, when others don’t necessarily see it this way.

By any means possible save some

Basingstoke is, or has become, a multicultural town. It was lovely to witness the strengths of team members employed strategically to those we witnessed too. One TFMer strong on apologetics was deep in debate with a Muslim. Another who speaks with authority on creationism shared at length with anatheist. A TFMer broke into Romanian as the lady who opened the door didn’t speak English and he recognised her accent. 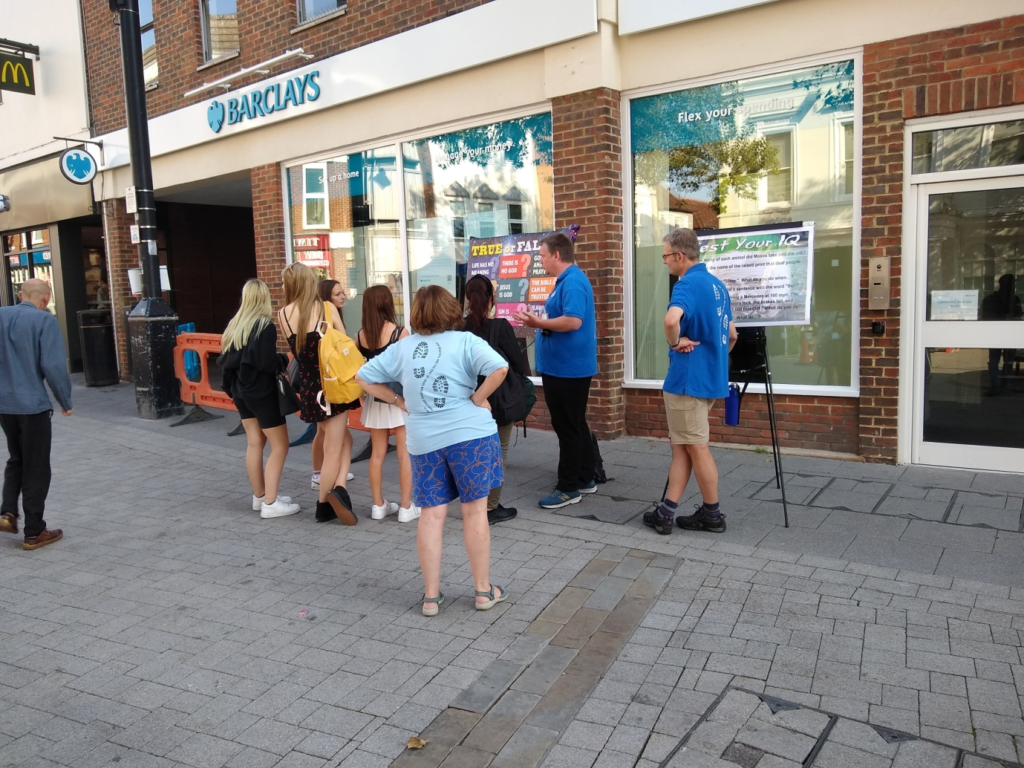 We have already been invited back to the churches in Basingstoke soif we go is there anything I would do differently?As relationships develop and trust grows there is more opportunity for directness. ‘TFMers’ could be plugged into ministry slots within the local church diary. I really enjoyed inputting Melrose Church’s Friday Club. With more planning there would similarly be openings across the churches. I would be encouraging the team to be less target focussed and even more relationally open and relaxed, to enjoy and learn from cross cultural work as much as possible, especially in prayer. It would be fascinating to draw in other mainline churches and see how well they could work together too, watch this space!

And I am certain that God, who began the good work within you (Basingstoke), will continue his work until it is finally finished on the day when Christ Jesus returns. (Phil 1 v6 NLT)

Daniel Holland is a UK missionary with Through Faith Missions.  His book “Prophetic Evangelism – Kingdom Exploits in the Risk Zone” was reissued in updated format in November and is accompanied by an optional Zoom-based training course for those who want to develop into this area of ministry. “Prophetic Evangelism” is published by Christian Publications International: https://christian-publications-int.com/PropheticEvangelism.html

Through Faith Missions can be visited here:  www.throughfaithmissions.org