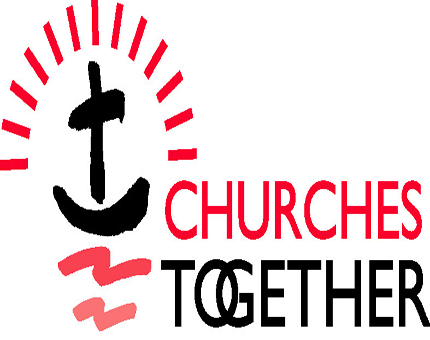 Landing page: “Churches Together in England is the national ecumenical instrument supporting and encouraging churches from a wide range of traditions to work together in unity”.

Question: is the word “ecumenical” found anywhere in Scripture? (Is the idea found ….)?

“Most CT groups limit membership to churches which are Trinitarian. A special clause allows the Quakers to be members since they do not have formal expressions of doctrine. In some places the relationship with Unitarian congregations is excellent and they, too, are accepted into membership by local CT groups. The principle is always the same: relationships come before formal membership”.

Question: are Quakers and Unitarians (especially the latter) “Christian” in any historical understanding of what that word means?

Question: if the Mormons and the Jehovah’s Witnesses were to seek to join, would they be admitted?

Question: if the local Gurdwara was to seek admittance, would they be admitted?

The word ‘unity’ is rarely used in Scripture. So where it is used, plainly it is significant.

Psalm 86:11 (in some translations). Unite my heart – to revere (or fear) your name. (Nothing here about ‘ecumenism’).

133 Behold, how good and how pleasant it is for brethren to dwell together in unity!

2 It is like the precious ointment upon the head, that ran down upon the beard, even Aaron’s beard: that went down to the skirts of his garments;

3 As the dew of Hermon, and as the dew that descended upon the mountains of Zion: for there the Lord commanded the blessing, even life for evermore. (NIV).

We could have a couple of sermons on this, so will leave it here. But the clearest point is that these people are connected as “brothers”. That implies family inheritance rights. The point being that they ARE to be brothers, not fellow-travellers of some description.

Ephesians chapter 4 is the clearest call to “unity” within the body of Messiah Jesus. It must be commented that the vast bulk of Christians read it in ignorance of Ephesians 2:14 – which ought to be a reflective on and a corrective to what comes later in Ephesians. Huge question here about God’s ultimate purposes for His chosen people – ONE people!

Ephesians 4:1-6 is rightly employed as a spur to (genuine) Christian unity. But Most Christians feel much more ‘conflicted’ on verses 7 – 16. Why do they separate them?

We might also ask how the immediately preceding verses (3:14-21) should colour our understanding of 4:1-6. (Remember there were no chapters and verse numbers when Paul wrote his epistle to the Corinthian believers. It is a seamless whole).

The Lord Jesus’ prayer in John chapter 17 is also rightly cited as a call to unity within the body – particularly verses 20-26. But read this in context – avoid separating from the whole of Jesus’ prayer for His followers. In verse 20 it is clear Jesus is speaking about all those who will follow in succeeding generations (e.g. us, now!). But note that these are ‘believers’. So again we have to ask searching questions about what precisely they believe and in Whom they believe. It is clear that Jehovah’s Witnesses and Mormons ‘believe’ in Jesus, but there are few that would call them Christian by any normative appreciation of the word. Of course Unitarians WOULD recognize them as Christians along e.g. with Muslims and Hindus etc.

Within CT and its subordinate CT ‘area’ and ‘county’ organisations, there is a huge range of belief and praxis. We might add, in specific areas, a huge range of disbelief as well. This will range from the normative Christian to the frankly wacky. When I say wacky I do not really mean that in amusement or with a shrug of the shoulders.

Whatever Jesus said about ‘unity’ He said rather more about the need to avoid deception. It is clear to any casual observer that under the ‘cover’ of CT and the ‘ecumenical’ movement a great deal goes on that is not normative Christianity. It is deception. How do you separate the two?

For the 9/10 of the UK population that has no relationship with Jesus, there must be a simple understanding (or perhaps simple confusion): if a local church is a member of CT, they therefore embrace and ‘love’ the irreligious, the wacky and the downright un-Christian, each of which being interpreted as a serious attempt ‘to capture the divine spark’. Of course to many ‘out there’ in the broadly Christ-rejecting general population, it may seem splendid that CT organisations seek unity, especially if in the end it encompasses not only “Christianity” (whatever that may be) but also all the other religions as well.

Note there is a United Nations initiative called the UN-URI – the united religions initiative. Our world is undoubtedly heading in that direction. It is difficult to argue that CT in its many guises is not a part of that movement. Jesus spoke about the need to avoid being deceived (e.g. Matthew 24) and the need to NOT believe (Matthew 24:26). We need to be alert.

If we are a part of CT do we confuse the genuine seeker after truth? (Remember, Jesus described Himself as the truth). Do we confuse those who simply seek Jesus? Do we give a false witness? Are we really saying “yes, of course ‘belief’ is messy and we should all try and do our bit. God will be satisfied with that”.

We are answerable to the Lord Jesus for our witness. We are to give a clear call – 1 Corinthians 14:8. Does CT send out any call at all? And is it “clear” and certain?

The day I researched this (15 June 2020) I looked at the CTBI (churches together, Britain and Ireland) website: its four banner headlines on its landing page were:

These are political issues. There are many who think that the purpose of the “church” is “to make the world a better place”. This is sometimes called Dominion Theology – but that term has diverse applications and definitions. By being a member of CT do we, by implication, embrace a form of dominion theology? Is that a reasonable understanding for the non-Christian?

Is CT about the gospel – or about making the world a better place?