The Price of Unity 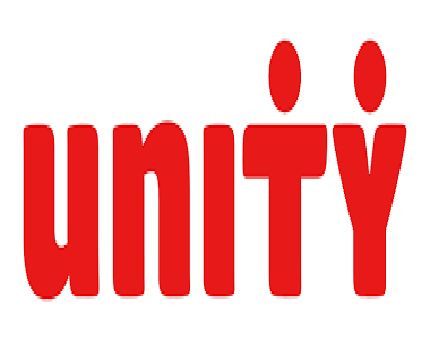 Why didn’t Jesus compromise with the Pharisees? This is a download – copyright uncertain. It dates from 1967. Not much has changed!

People talk as though finding a workable plan is the only obstacle to unity among men. That is not so. The pope has a plan that guarded unity in the Catholic Church for centuries.

It could produce unity for all men. = The pope settles all questions and makes all the decisions — Do exactly as I say. That plan will work — all will be one — if all will unquestioningly accept his decrees.

The Unitarians plead for unity based on compromise. No person is to advocate anything that conflicts with the ideas of another person. I won’t believe anything if you won’t is the result. The mutual ground is unbelief — no conviction. Yet unity can be achieved IF all compromise enough.

I know a sure plan for unity. Burn all Bibles and religious books! Ban religious instruction for one life span. All will be ignorant of truth. All will be enemies of God through ignorance (Eph. 4:18). All will walk together on the same road — the road to hell. Well, that is unity too!

God planned for unity among men. He wants all men to be of one mind (Phil. 1:27). The Bible is the basis for that unity. If all men believe the truth and practice only the truth unity will prevail. All will be of one heart and soul (Acts 4:32). Paul’s plea to be of one mind (1 Cor. 1:10) was neither empty nor impossible. The apostles had the mind of Christ (1 Cor. 2:16). All who accept their teaching will be of one mind by letting this mind be in you, which was also in Christ (Phil. 2:5).

Why then have men not achieved a complete unity? All schemes fail to produce world-wide unity for the same reason — all men will not pay the price. The pope’s plan fails because all will not bow to him. Many — including Catholics — will not sacrifice their convictions to be one with the Unitarians. Likewise, multitudes refuse the Bible as law. They will not pay the price for being one with God and believers (John 17:20-21). Let’s not throw Gods plan out the window because all will not buy it.

Unity between believers and unbelievers is both impossible and undesirable. Christ came to divide the obedient from the rebellious (Matt. 10: 34). Such division is of the Lord (1 King. 12:24) who expects his saints to be separate from the world (2 Cor. 6: 14-18). Love for truth must come before love for peace with men.

A man who determines to seek first the kingdom of God and his righteousness (Mt. 6:33) may find himself alienated from friends. However, he will soon discover a common bond with the other kingdom seekers. Love for God and truth will draw them toward each other. Patience in personal matters will grow from respect for each other and open Bibles will produce one faith (Eph. 4:5). They approach being one in Christ as the mind of Christ rules each one (Phil. 2:5)

But the hour cometh, and now is, when the true worshippers shall worship the father in spirit and in truth: for the Father seeketh such to worship Him’ (John 4:23)

How much truth are you willing to give up for the sake of unity and peace? While such a question seems ridiculous, yet it is being asked of many people today, for the sake of bringing churches together. Unity at any price is the modern-day battle-cry.

Is God in such attempts? Is there any example in all of Scripture where God ever put aside his truth and justice in order to bring people together to save them? Such a thought is unthinkable and blasphemous. He spared not his own Son, that he might be just in justifying the ungodly (Romans 3:26). Why would he require any less of us than the absolute truth?

We are to speak the truth in love (Ephesians 4:15). The most loving thing you can do for someone is to tell them the truth. Can you build a relationship by trying to cover up the truth? Those who have died and are suffering in hell have but one desire: to tell their living loved ones the TRUTH (Luke 16:27- 28).

God’s true people worship him in spirit and in truth. A. W. Pink wrote, ‘To worship in spirit is to worship spiritually; to worship in truth is to worship truly.’ These are two aspects of the same worship. We worship spiritually in opposition to any external rituals that appeal only to the flesh. We come to God through a heart that his Spirit has made alive by regeneration. We worship him truly, in accord with the truth (God’s sovereignty; Christ’s effectual atonement; irresistible grace). This is the only manner suited to the revelation he has made of himself in his word (Ephesians 1:1-14). We worship him sincerely and without pretense. We do not flaunt our will. We glorify his sovereign will and grace. We come to him by Jesus’ blood and righteousness alone, as he is pleased to draw us. If the words of Scripture mean anything, such alone are the true worshippers of God.