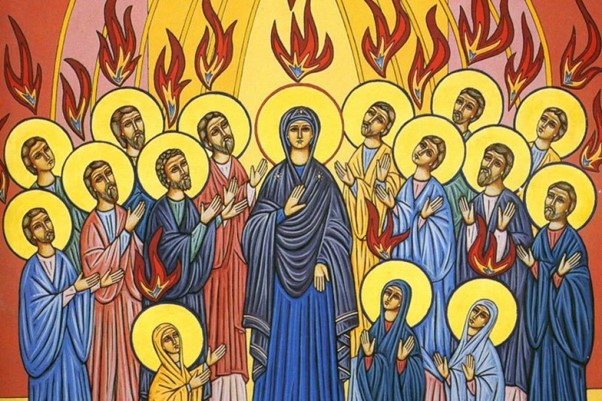 For this reason the one who speaks in a tongue should pray that they may interpret what they say.  For if I pray in a tongue, my spirit prays, but my mind is unfruitful.  So what shall I do? I will pray with my spirit, but I will also pray with my understanding; I will sing with my spirit, but I will also sing with my understanding.  Otherwise when you are praising God in the Spirit, how can someone else, who is now put in the position of an inquirer, say “Amen” to your thanksgiving, since they do not know what you are saying?  You are giving thanks well enough, but no one else is edified. (1 Cor 14 v13-17)

Paul’s discourse in 1 Cor 14v 8-40 is the biggest block of teaching on tongues in the Bible. It tackles head-on the public expression of tongues and the interpreting of tongues in the Corinthian church. It is not an easy passage to fully understand; remember Peter’s comment about Paul (2 Peter 3 v16).

The Corinthian Church were the ‘raving charismatics’ of the early church, with no shortage of ecstatic times together, so much so that they couldn’t hear each other and their services were descending into chaos. They loved the spiritual gifts, nothing wrong with that (1 Cor 14 v1), but they were galloping away at 120 miles an hour leaving a trail of dust behind them.In all the excitement the way they were treating each other was far from Christlike.

Paul affirms their expression of the gifts whilst bringing much needed discipline and emphasizing the importance of loving each other (1 Cor 13). In our day the Corinthian church would be the exception, alas I don’t see much passionate use of the gifts. Thefear of excess is often used as a smoke screen for fearing and resisting spiritual gifts.Thereis little danger of extremes and too much lack and spiritual barrenness.

Godly use of gifts brings order and structure of a higher calibre than the man-made version (1 Cor 14 v40). Anecdotal evidence bears this out; I visited a Christian friend and as we prayed together; I spoke over him strongly in tongues. As I finished his face lit up like a beacon; ‘That was extraordinary’ he said. ‘I’m preparing for a weekend of evangelism training and as you prayed God was showing me precisely what to do and how to do it. He showed me how to organise everything’.

Very early in human history God intervened in the rebellious efforts of man to manufacture their own civilisation at Babel and push God out of His world entirely. God confused their communication,

Come, let us go down and confuse their language so they will not understand each other.” (Gen 11v 7)

4000 years later at Pentecost we observe at least a partial reversal of the events of Babel. As the apostles speak in tongues those in the crowd heard their own languages, God comes down by His Spirit and unifies the people.

When they heard this sound, a crowd came together in bewilderment, because each one heard their own language being spoken. (Acts 2 v6)

Some spiritual tongues are actual languages. Sometimes people have heard ancient dialects of their mother tongue spoken in tongues, certainly a sign for the unbeliever! Other tongues are the languages of angels (1 Cor 13 v1). We embrace the mystery; we’re not going to understand everything about them now, and if we need to, then we will never start!

A public tongue is clearly different and distinct from private and personal use, and more weight is given to it. There are no limits to the use of personal tongues. Paul by his own confession does it more than anyone; quite a claim (1 Cor 14 v18)! He allows in his teaching for singing in tongues in public worship without interpretation (although sometimes an interpretation or picture can be given) but a spoken tongue must be followed by an interpretation. In charismatic worship there may often be a segment of worshipping in tongues. This is perfectly Biblical and often accompanied by a tremendous sense of God’s presence.

I regularly use these gifts of public tongues and interpretation. Nobody taught me how to do this, and nobody told me I should. I have only rarely witnessed it ‘in church’. The Holy Spirit himself showed me, and grew me into these gifts (Gal 1 v12).

As I visit churches it is extremely rare that I come across these gifts, which is to our collective detriment. Perhaps they are not seen as fitting well with seeker sensitive ministry? Conversely, I have heard of settings where the same person brings the same tongue every week, as predictable as clockwork, leading to cynicism. But surely as with all the other gifts, authentic use is the solution to the incorrect expression of a gift, not no use of it at all.

But everything should be done in a fitting and orderly way. (1 Cor 14 v40)

Because these gifts are so obviously spiritual, we can be intimidated about being practical in their usage. This is unnecessary. We can be helpfully practical and superbly spiritual simultaneously. To this end I share some practical examples to help move us forward.

This is something I regularly do. It’s hard to say how I know I have the interpretation, except that it’s a confidence in my spirit. God often gives me a broad sense of what the interpretation would contain before I brought the tongue.

In bringing the tongue itself, how can one know how long to speak or how to draw it to a close? I have found that I know when it’s time to wind up. It’s like a burst of energy that when expended is used up, and can’t be replicated, or like reading an invisible scroll until the end when there is nothing more to say. It should be noted that the length of message, and the length of interpretation do not have to be the same. Some languages use a lot more words to say the same thing. Alternatively, the fact that the length of message and interpretation are similar does not automatically validate them.

A public tongue is not edifying without the gift of interpretation to bring understanding. In my own church, they know I function in these gifts. If I am a visitor somewhere elseI sidle up to whomever is leading the meeting to ask if it’s ok for me to bring a tongue. The leader of the meeting must be discerning here because unlike a word of prophecy, I may not be able to tell him what I am going to say. Or if so, only in the broadest sense.

Good leadership is so important. After a tongue is brought there should be space allotted for the interpretation. My heart sinks where the service rushes on and the space is filled with scriptures and songs that are NOT the interpretation. There is the thwarted expectation that God was speaking, and we missed it. It feels disrespectful not to wait long enough to weigh what has been spoken.

One leader asked me as the person who brought the tongue if the interpretation resonated with me. On other occasions God will show the service leader if the right interpretation was given

#4 Someone brings a tongue but there is apparently no interpretation

This requires wise and courageous leadership. It can be a huge step for someone who has never brought a tongue before, their heart may be pounding and their voice trembling. If there is no interpretation, they could feel exposed, disappointed, even unvalued. If there is no interpretationthere can be confusion and the gift can be brought into disrepute by people who are not convinced. I have noticed even believers mocking when a tongue is given. A stunning interpretation would challenge their underlying cynicism.

Someone may need time to summon the courage to bring an interpretation. The pressure on leaders can be to rush on; everyone can relax and cover up any embarrassment with noise. God needs space to speak. We can’t always have it on our own terms. A wise leader can slow down and embrace the silence, expecting that God will certainly speak. This requires discipline but I can’t think of a time where God hasn’t eventually given a beautiful interpretation. We must hold our nerve, being Spirit- led not programme- driven.

Why not find a group of spirit-filled Christian friends who you love and trust? Together step out in this gift, cast aside all doubts and suspicions (Heb 11v 6). Stir up the Spirit and go for it, you will be amazed at how God meets you in your pursuit of the spiritual gifts.

Daniel Holland is a UK missionary with Through Faith Missions. He wrote “Through The Tunnel – Free at Last” published by PUSH Publishing, as his personal testimony. His second book “Prophetic Evangelism – Kingdom Exploits in the Risk Zone” was reissued in an expanded second edition in August 2021, via Christian Publications International: https://christian-publications-int.com/PropheticEvangelism.html

Here is a link to a Prophecy Today review of Dan’s recent book: https://prophecytoday.uk/study/resources/item/2076-review-prophetic-evangelism.html