An Inoffensive Gospel is No Gospel At All 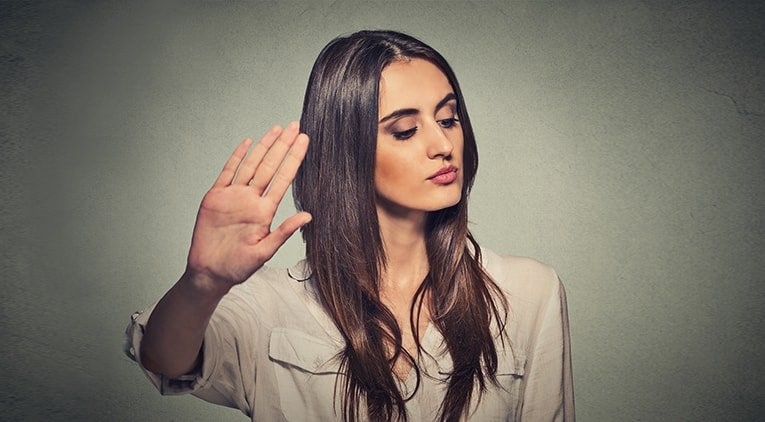 To offend or not to offend…

“We need to be less confrontational in our evangelism efforts.  We need to avoid offending people.  You catch more flies with honey that with vinegar, after all.”

I’ve heard this a thousand times. Sometimes, a fellow-believer expresses their fear of witnessing because they know that sharing the gospel will offend their family, friends and neighbours and they do not want to be ‘the bad guy’. We look for ways to share the saving message of Christ without offending those with whom we share.

A church in my community has found a way to avoid offending people.  At their version of VBS they invited kids to “let the Big JC be your best friend.”  Who could be offended by that?  The problem is that what they did, while inoffensive, is also impotent. It is not the gospel.

Here’s my thesis: The gospel is an offense.  If you take the offense out of the gospel, you also remove the saving power of the gospel.

On the surface, it seems noble to attempt to avoid offending people with our evangelistic efforts.  I’m actually a non-confrontational person and the fear of offending or annoying people has kept me from sharing the gospel at times.  But when we attempt to remove the offense of the gospel, we risk removing the heart from it as well.

Paul said something very strange as he was chiding the Galatians for their return to Jewish law after having been set free from it.  In Galatians 5:11-12 he expresses his fear of removing the offense of the gospel: “But if I, brothers, still preach circumcision, why am I still being persecuted? In that case the offense of the cross has been removed.”

1 Corinthians 1 and 2 is a discussion of the gospel and its effects in the world. Gentiles reject it because they cannot come to it by their own reason. And Jews reject it because salvation is not attained through the law.  Look at 1 Corinthians 1:23-25: “We preach Christ crucified, a stumbling block to Jews and folly to Gentiles,  but to those who are called, both Jews and Greeks, Christ the power of God and the wisdom of God.  For the foolishness of God is wiser than men, and the weakness of God is stronger than men”.

The Jews stumble over the concept of a salvation that is not works-based.  The Gentiles see the gospel as folly. But the preaching of Christ crucified is the power of God for salvation.

Peter joined the refrain in 1 Peter 2. In verse 4, he says, “As you come to him, a living stone rejected by men but in the sight of God chosen and precious.” Jesus has been rejected by man, but he is chosen by God as the only hope for the salvation of the world.  Verse 8 goes on to describe Jesus as a “stone of stumbling and a rock of offense” to those who refuse to believe and obey the gospel.

Jesus made it clear that following him would bring the disdain of the world upon us.  Look at John 15:18-21

Look at what Jesus says here. The world hated him and his message. Most of the people who followed Jesus turned away from him when he began to say ‘silly’ things like “If anyone would come after me, he must deny himself, take up his cross, and follow me.” They loved the food, the healings and the big crowds, but the demand to die to self to follow Jesus was ‘over the top’.  Jesus promised that those who serve in his name would also be outcasts, rejected. Jesus said that the world would hate them because he chose them out of the world. The world would only love them if they were “of the world” instead of devoted to the Kingdom of God.

It couldn’t be clearer.  The world will hate those who serve the interests of the Kingdom, just as it hated Jesus.  The only way you can avoid being offensive in this sinful world is to join in the ways of the world and to reject the ways of Jesus.

Look at gospel presentations in the book of Acts, those by Peter, James, Paul. They are anything but non-confrontational. In Acts 4:8-12, Peter spoke directly to the rulers of the people – the very people who had crucified Jesus.

“Rulers of the people and elders, if we are being examined today concerning a good deed done to a crippled man, by what means this man has been healed, let it be known to all of you and to all the people of Israel that by the name of Jesus Christ of Nazareth, whom you crucified, whom God raised from the dead—by him this man is standing before you well.  This Jesus is the stone that was rejected by you, the builders, which has become the cornerstone.  And there is salvation in no one else, for there is no other name under heaven given among men by which we must be saved.”

Peter confronted them boldly with their sin, their treatment of Jesus.  These same religious leaders were so offended at the preaching of Stephen that they put him to death at the end of chapter 7 and began persecuting the church. Evidently, Peter and Stephen did not ‘get the memo’ that our preaching needs to be positive and seeker-sensitive!

Philip told the Ethiopian Eunuch the “good news” (Acts 8) but he started in Isaiah with descriptions of the suffering and death of Jesus Christ. The good news of the gospel requires a visit to the cross.

In Acts 13:13-41, Paul proclaims the gospel in a synagogue in Pisidian Antioch. He reviewed the historic sins of the people of Israel. He told of the brutal crucifixion of Jesus Christ and warned them of the judgment that awaited those who reject the message.  Many followed Christ, but many also resisted and reviled Paul. This was no surprise to him. The gospel that saves also offends. The “gospel” that does not offend some cannot save any. In Lystra, Paul warned the people to turn from “vain things.”  Some did.  But others stoned him.

Everywhere Paul went, some were brought to Christ, others were offended and persecuted Paul. He knew firsthand the offense of the gospel. He also knew that he could not proclaim the gospel to anyone without offending some in the process.

We preach an offensive message. It is not necessary that we be personally offensive in that proclamation!  We can seek to be kind and loving in our manner. We don’t have to act like we are happy that people are going to hell.  As much as is possible, we must allow our message offend, but not our manner.

Yet no matter how nice you try to be, the message will offend. And we cannot shy away from that. Our responsibility is to the truth of the gospel, not how people feel about us.

What Is Offensive about the Gospel?

The gospel says some things that people do not want to hear.

The gospel tells human beings that we are sinners who are in rebellion against God.  Tell people how good they are and they will love you for it.  Give them therapy and feel-good fluff from the pulpit and you can fill a coliseum and write bestsellers. Tell them that they are sinners separated from God by that sin and they will not appreciate you or your message. But you cannot preach the true gospel without confronting human sin.

I am not advocating boorish behaviour by Christians. I am making a simple point. Our message is offensive. Jesus promised it would be. Peter and Paul both experienced it.  You cannot remove the offense of the gospel without removing the power of the gospel to save.

We can preach without offending, but we cannot preach the full counsel of God without offending.  We can proclaim a message that makes people feel good. But the gospel brings people face to face with their sin and failure.

Copyright of this piece is unknown. It is understood to be a 2010 piece by one Dave Miller. Section headings added by Christian Comment.