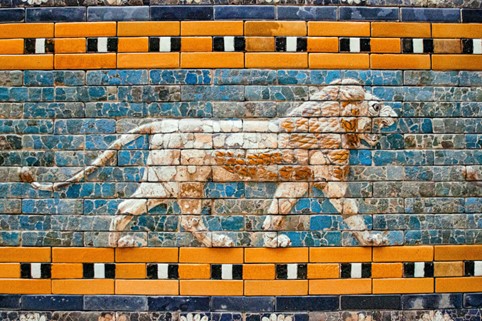 The values of this world

Builders of the Tower of Babel sought to “make a name for ourselves” and to reach the heavens, whilst the New Jerusalem descends from heaven.  Nebuchadnezzar, the Anti-Christ and Satan each exalt themselves in Scripture. But the One who created the universe humbled Himself, even to that appalling death upon the cross.

The values of this world and of the Kingdom of God, into which we are called, are therefore entirely in conflict with each other. Consequently, as believers, we are continually confronted with choosing sides.  David Lambourn’s “Babel versus Bible” presents this theme as a major thread running from the very first page of the Bible, to its last.  In doing so, Lambourne issues a strong challenge to institutional Christianity and to individual Christians, to not just recognise the scale of this conflict but to respond rightly in these days of increasing darkness.  In that sense this is not simply a theological work, but also a convicting and prophetic one.

The book’s opening chapters contrast these two opposing kingdoms in Scripture.  In addition to Babel, it explores prophetic imagery concerning righteous and unrighteous women in Proverbs and Isaiah (Jerusalem and Babylon respectively), and the difference between the tree of life and the tree of knowledge – “The price of becoming like God was that they were no longer with God”.

God’s righteousness, as exemplified in Jesus, is set against man’s arrogant independence, illustrated by Cain, Ham and Cain’s descendant Nimrod. The narrative then switches to two visions from Daniel– Nebuchadnezzar’s dream of a statue and the four beasts.  At this point Lambourn injects life into an intensely debated subject.  Whilst respectfully acknowledging that both Rome and Islam are Biblically important, he also sees the number four as a common Biblical symbol for completeness, thus interpreting the visions as encompassing the broad sweep of human history.  He emphasises the repeating nature of Biblical prophecy, how the centre of spiritual Babylon has moved geographically over time (Peter referred to Rome as ‘Babylon’), and the way in which various empires have divided or struggled to maintain cohesion.  Throughout his narrative, the author gives us some fascinating history lessons including a summary of the infamous events of 9th Av in Jewish history.  He is keenly aware of Israel’s prophetic destiny, fiercely condemns Christian anti-Semitism, and has written another book specifically on this theme.

The book’s focus then shifts deftly to our modern world, exploring mankind’s unquenchable thirst for “progress”.  The unprecedented explosion of technological invention and scientific discovery is contrasted with society’s obsession with overthrowing everything from previous generations, by redefining gender, discarding respect for the wisdom and maturity of the older generation, and the pursuit of transhumanism.  The mark of the beast represents the zenith of the Babel spirit – totalitarian domination achieved through the utter abuse of God-given human gifts in the quest for self-deification.  Importantly, though, Lambourn also spends time exploring the theme of “common grace”; how we have all benefited from the proper use of these same God-given gifts.  He develops this further by providing remarkable insights into city design throughout history, concluding that people have sought to achieve through their own efforts the perfection which God alone provides.

That said, the spirit of Babel is a deadly poison for believers.  The book’s finals chapters are designed to help us recognise its influence in both the personal and corporate spheres, providing clear direction regarding wrong and right responses to the challenge it presents.  Appropriately, Lambourn concludes by looking at examples of Biblical evangelism and exhorting us learn from them.

Babel versus Bible is a beautifully written work, remarkable for the breadth and depth of the material it covers – theological, historical and social.  Most of all, however, in pulling these together it provides a crystal-clear picture of the nature of the conflict we find ourselves in, and a clarion call for us to take up arms. Finally, it is perhaps worth concluding this review by suggesting that the book itself may be a useful gift for genuine truth seekers.  Lambourn mentions the spiritual significance of the Notre Dame fire and the famous lightning strike on York Minister, which secular meteorologists had no difficulty recognising as an act of God, in contrast to the majority of professing Christians!

“Babel versus Bible – The Battle for the Heart of Mankind”, David J Lambourn, 201 pages