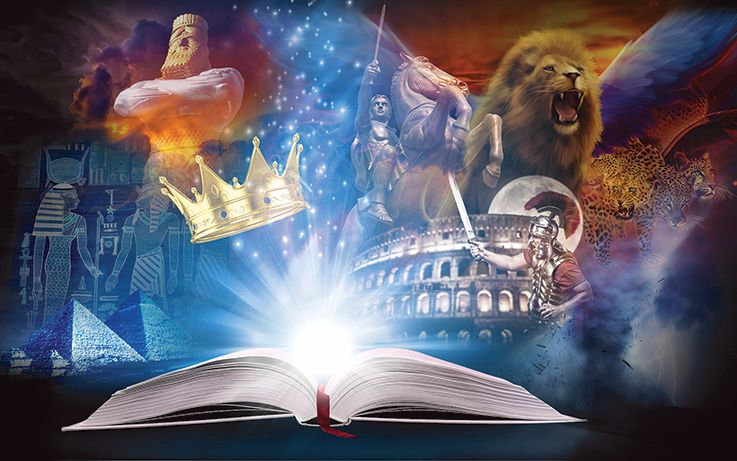 What do we lose when we ignore prophecy? Dan Holland considers

But the wisdom that comes from heaven is first of all pure; then peace-loving, considerate, submissive, full of mercy and good fruit, impartial and sincere. (James 3 v17)

At any large Christian festival prophecy seminars may well be oversubscribed while Bible history or discipleship seminars have low, even single, attendance figures. Even if some come to the former simply to publicly ‘disprove’ modern day prophecy, they still display a fascination with the subject. People forget that Old Testament prophets in their day were disbelieved, called madmen, heretics and worse, just as happens today to modern ‘prophets’. At any conference book stall, the new prophecy book with its inevitably dramatic front image sells like proverbial hot cakes, by comparison with the new commentaries!

Genuine prophetic gifting exerts a magnetic effect on people tapping directly into our instinctive desire (and need) to hear from God. There’s never any shortage of fresh material on the subject from new exciting ‘prophets’ on Christian TV. There can be a fleshly fascination and hype, attracting those who would otherwise seek the frisson of the new-age or the occult. Meanwhile Christian denominations who certainly don’t believe in modern prophecy, release a stream of teaching and literature denouncing it, and warning against being snared by deceitful teaching and false prophesies.

So, what can possibly be added by one CC article to the subject? It has had more coverage by far than any other of the spiritual gifts. I aim to give a spiritual context for the confusion and controversy swirling around prophesy in contemporary Christianity. In stripping back these layers we hope to reveal the scintillating beauty of the true gift.

As I assert regularly, the antidote for wrong or abusive use of a spiritual gift is not non-use, but correct use. A true prophet’s distinguished voice can be discerned above all others by those who truly listen for the genuine. Continuing to ‘eagerly desire gifts of the Spirit, especially prophecy’ (1 Corinthians 14 v 1b) is costly when we will be misunderstood, lumped in with other groups (even cults) and ridiculed (like Noah) when there is delay before a word is fulfilled.

Prophecy is the radio that connects us to our spiritual HQ. From this heavenly command centre we receive specific orders enabling us to safely complete our mission behind enemy lines. Prophecy is so powerful and vital to our efficacy that it is an obvious target of enemy assault. If he can discredit prophesy or pervert it, he short circuits our communication, significantly reduces our effectiveness and can capture us when we try to ‘extract’ prisoners of war. We need to be tactical, when moving in revelation, even a few can be extraordinarily impactful (like Gideon, or Meshach, Shadrach, and Abednego).

The enemy launches excoriating attacks on the validity of modern-day prophesy, doubts about its place in post bible times, and feeds mockery about the excesses and false predictions by those who use it. There are three main prongs of this attack:

The classic line of attack is on the character of the prophet. The latest ‘mega’ minister crashes and burns as his immorality, deceit and spiritual manipulation is exposed. Maybe he enjoys a lavish lifestyle off the backs of his supporters who are exhorted regularly to ‘sow into revival’, specifically through him.We suffer cognitive dissonance as the leader we respected has been living a lie for years, and often in our distress, throw the ‘prophesy’ baby out with the ‘polluted’ bath water.

Perhaps we have been given a precise word, and we felt that it was from God, but what transpires in the period given is the exact opposite. We were promised that our hearing or sight would be fully restored by the time we arrived back home. When this doesn’t happen, either there is an unpleasant inference that our faith or lack of it is the problem, or the ‘prophecy’ is twisted and turned around. It was our ‘spiritual’ hearing and/or sight being referred to and this is far more important! These experiences sap faith and if we are not careful our childlike faith is supplanted by hardness and cynicism. It takes less emotional energy to ditch it entirely than to take the time to eat the meat and ‘spit out the bones’.

‘I put all my hope in that word about revival in this country, I prayed, I fasted, I gave more than I could afford. So no, not this time, I’m not getting back on that train.’ Have you met a disappointed Christian saying something similar. Hope deferred makes the heart grow sick (Pro 13 v12). If we have been emotionally whipped up rather led by the Spirit we will end up dry and empty. On a positive note, we can learn from those experiences.

No other gift has come under such sustained attack as prophecy. The pressure for church leaders is either to supress it altogether, keeping a tight leash on any ‘prophetic’ people, or to allow weird and wonderful things to pass as the ‘prophetic’ and end up with a new age free-for-all.

The famous American pastor Mike Bickle unpacks the very real challenges of pastoring the prophetic in his powerful book Passion for the Prophetic. He links the phenomenal success of his church with his tenacity to stick with the prophetic while not allowing prophets to throw tantrums and manipulate through childish behaviour. Mike put a high emphasis on teaching on the prophetic to create a strong Biblical foundation for the gift to operate. This was not an easy journey but now the International House of Prayer in Kansas is recognised as a prophetic community globally

Recently I spent an afternoon talking with a Christian friend who had lived in both Glasgow and London. His insights about these two huge and influential cities were fascinating, particularly as his focus was evangelism and discipleship. He had learnt through the years what worked (generally speaking) in each city respectively.

Each city, town, village and even street has a unique spiritual dynamic within its overall national culture and history. This being so, can we place a value too high on hearing from God about how to evangelise each place? How can we stand strong and be effectivelong term without divine input? Jesus used a different approach in every place He visited, not to mention every singletime He approached people, always prophetically guided by the Father

“Very truly I tell you, the Son can do nothing by himself; he can do only what he sees his Father doing, because whatever the Father does the Son also does. (John 5 v19)

The apostle Paul employed a different approach in every city and region he travelled to, the same raw power of the gospel but his methodology reflected the prophetic communication he was receiving from God.

To the weak I became weak, to win the weak. I have become all things to all people so that by all possible means I might save some. (1 Cor 9 v22)

Strength for the church

Churches that shut the door on prophecy lose momentum, become stagnant and eventually dry up. I recognise here that different churches have different structures and semantics but ‘a rose by any other name smells just as sweet’.  So, whether the ‘prophet’ decrees, ‘the Lord saith unto you’, or the trusted prayer warrior whispers to the vicar; ‘might we try a new initiative to the youth of our town?’ is immaterial. What counts is if the Spirit is allowed tolead.Wherever the Spirit is poured out, prophecy is a direct by product, even with unbelievers (Acts 2 v17, 1 Cor 14 v25). The following proverb has truth to it,

The word without the Spirit makes you dry up,

The Spirit without the word makes you blow up,

The word and the Spirit combined make you grow up.

A deep grounding and love for the word of God is a pre-requisite for flowing powerfully in prophecy.A powerful church is one where the Spirit fills everything in every way (Eph 1 v23). This will inevitably involve hearing God and obeying, it’s that simple.

I once had an inner ear infection in both ears. There was a lot of pressure but also severe hearing loss (my heart goes out to people who are deaf or hard of hearing). For two frightening weeks I could barely hear anything, maybe 10 or 20 % of what was being said. The worst aspect was not hearing my wife. We couldn’t catch up or communicate freely. We may, through familiarity, sometimes know what each other is thinking – but that is not enough. Communication is life!

Churches can lose communication with God because they reject prophecy, leading to confusion, frustration, and lonely silence. Eventually all fellowship with the Holy Spirit withers away leaving the cold religious skeleton of what once contained life.

Prophesy is a lightning rod held up high in an electric storm, dare I say ‘channelling’ the dynamite energy of God directly into the life of the church. This pure spiritual gift is a wellspring of life and healing, and it’s essential we fight for it….

Daniel Holland is a UK missionary with Through Faith Missions. He wrote “Through The Tunnel – Free at Last” published by PUSH Publishing, as his personal testimony. His second book “Prophetic Evangelism – Kingdom Exploits in the Risk Zone” was reissued in an expanded second edition in August 2021, via Christian Publications International: https://christian-publications-int.com/PropheticEvangelism.html . More recently he has penned 2 short-ish books on Growing As a New Christian and Caring for the New Christian.

Here is a link to a Prophecy Today review of “Prophetic Evangelism”: https://prophecytoday.uk/study/resources/item/2076-review-prophetic-evangelism.html