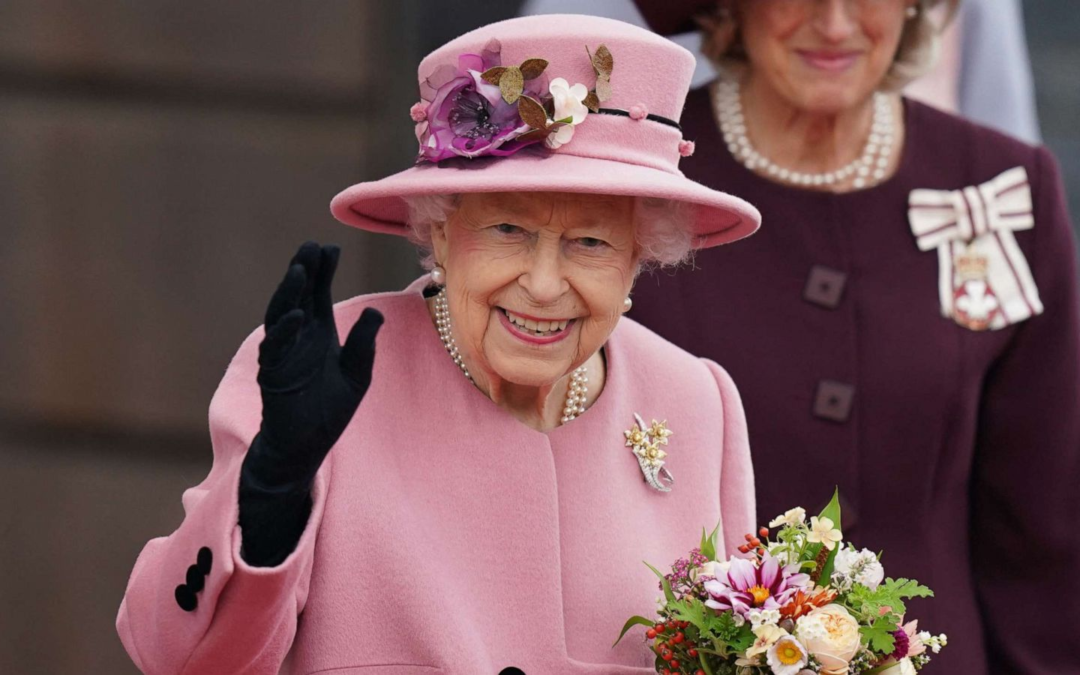 Having celebrated 70 years of loyal service by Queen Elizabeth, it is proper we reflect on her service in the light of her Coronation promises

As the Nation marks and celebrates 70 years of loyal service by Queen Elizabeth II it is proper we reflect on her time of service in the light of the Coronation promises that she made. Her son may abrogate Elizabeth’s promises if he becomes King. This must be a matter of prayer for all true Christians.

The Sovereign remains the Supreme Governor of the established Church of England, with Archbishops and Bishops appointed by the Monarch, on the advice of the Prime Minister. The Crown’s role in the Church of England is mainly titular; the most senior clergyman, the Archbishop of Canterbury, remains the spiritual leader of the Church and (at the time of writing) of the worldwide Anglican Communion. The Monarch is an ordinary member of the Church of Scotland, but holds the power to appoint the Lord High Commissioner to that Church’s General Assembly.

The official text is that found in the 1662 Book of Common Prayer but is easily obtainable online. The 39 Articles cover the Doctrine of God and the human response to God’s grace. They can be summarized as follows:

Articles 1-5 (The substance of faith)

Key among the 39 Articles that might be problematic for a future King who wants to defend all faiths as essentially equal, are these:

XVIII. Of obtaining eternal Salvation only by the Name of Christ.
They also are to be had accursed that presume to say, That every man shall be saved by the Law or Sect which he professeth, so that he be diligent to frame his life according to that Law, and the light of Nature. For Holy Scripture doth set out unto us only the Name of Jesus Christ, whereby men must be saved.

What follows is not the full text of the Coronation service (freely available online) but merely the parts that a “Godist” Monarch (Charles?) could in honesty affirm without heavy amendment. The 1953 Coronation service was divided into distinct sub-sections, headings of which we adopt below:

The Archbishop shall minister these questions; and the Queen, having a book in her hands, shall answer each question severally as follows:

Archbishop: Will you to the utmost of your power maintain the Laws of God and the true profession of the Gospel?

Will you to the utmost of your power maintain in the United Kingdom the Protestant Reformed Religion established by law?

Will you maintain and preserve inviolably the settlement of the Church of England, and the doctrine, worship, discipline, and government thereof, as by law established in England?

And will you preserve unto the Bishops and Clergy of England, and to the Churches there committed to their charge, all such rights and privileges, as by law do or shall appertain to them or any of them?

Queen: All this I promise to do.

V. The Presenting of the Holy Bible

When the Queen is again seated, the Archbishop shall go to her Chair; and the Moderator of the General Assembly of the Church of Scotland, receiving the Bible from the Dean of Westminster, shall bring it to the Queen and present it to her, the Archbishop saying these words:

Our gracious Queen:
to keep your Majesty ever mindful of the law and the Gospel of God
as the Rule for the whole life and government of Christian Princes,
we present you with this Book,
the most valuable thing that this world affords.

Here is Wisdom;
This is the royal Law;
These are the lively Oracles of God.

VI. The Beginning of the Communion Servic

O God,
who providest for thy people by thy power,
and rulest over them in love:
Grant unto this thy servant ELIZABETH, our Queen,
the Spirit of wisdom and government,
that being devoted unto thee with her whole heart,
she may so wisely govern,
that in her time thy Church may be in safety,
and Christian devotion may continue in peace;
that so persevering in good works unto the end,
she may by thy mercy come to thine everlasting kingdom;
through Jesus Christ, thy Son, our Lord,
who liveth and reigneth with thee
in the unity of the Holy Ghost,
one God for ever and ever. Amen.

And the Gospel ended shall be sung the Creed following, the Queen with the people standing, as before.

I believe in one God,
the Father Almighty,
maker of heaven and earth,
And of all things visible and invisible;

And in one Lord Jesus Christ,
the only-begotten Son of God,
Begotten of his Father before all worlds,
God of God, Light of Light,
Very God of very God,
Begotten, not made,
Being of one substance with the Father,
By whom all things were made:
Who for us men, and for our salvation
came down from heaven,
and was incarnate by the Holy Ghost of the Virgin Mary,
And was made man;
And was crucified also for us under Pontius Pilate.
He suffered and was buried;
And the third day he rose again
according to the Scriptures,
And ascended into heaven,And sitteth on the right hand of the Father.
And he shall come again with glory
to judge both the quick and the dead:
Whose kingdom shall have no end.

And I believe in the Holy Ghost,
The Lord and giver of life,
Who proceedeth from the Father and the Son,
Who with the Father and the Son together
is worshipped and glorified,
Who spake by the Prophets.
And I believe one Catholick and Apostolick Church.
I acknowledge one Baptism for the remission of sins.
And I look for the resurrection of the dead,
And the life of the world to come. Amen.

The Creed being ended, the Queen kneeling at her faldstool, and the people kneeling in their places, the Archbishop shall begin the hymn, VENI, CREATOR SPIRITUS, and the choir shall sing it out.

Then shall the Dean of Westminster lay the Ampulla and Spoon upon the Altar; and the Queen kneeling down at the faldstool, the Archbishop shall say this Blessing over her:

Our Lord Jesus Christ,
the Son of God,
who by his Father was anointed with the Oil of gladness
above his fellows,
by his holy Anointing pour down upon your Head and Heart
the blessing of the Holy Ghost,
and prosper the work of your Hands:
that by the assistance of his heavenly grace
you may govern and preserve
the Peoples committed to your charge
in wealth, peace, and godliness;
and after a long and glorious course
of ruling a temporal kingdom
wisely, justly, and religiously,
you may at last be made partaker of an eternal kingdom,
through the same Jesus Christ our Lord. Amen. 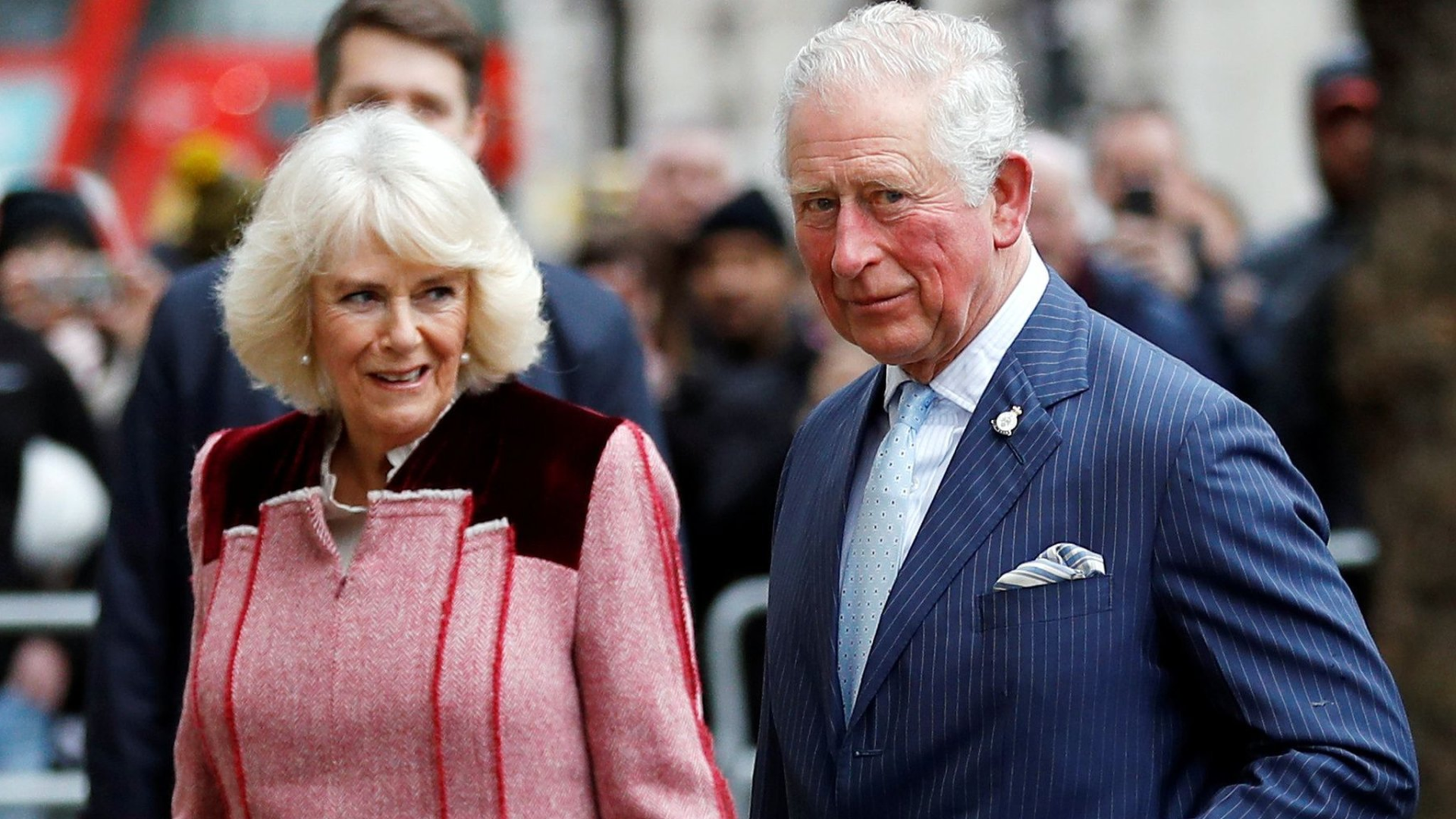 Queen Elizabeth has served her people well; she has served her God well. She has always been honest about her personal faith at a time when the nation as a whole began publicly to abandon Christianity. The Queen’s oaths of office, summarized above, were true and she has been true to them. The 1953 Coronation Service was thoroughly Christian. Although the wording evolved over the centuries, it is clear that the generic Service does not simply represent 500 years of Christian and Protestant observance – it represents in excess of 1,000 years of Christian tradition over the British Isles.

Prince Charles’ desire to end this reality by tinkering with the wording of the Coronation service surely carries with it implications far beyond those he apparently has in mind. As we noted elsewhere, he may unwittingly be calling into question the continuation of the Monarchy itself. As God is our witness!

By contrast, Queen Elizabeth has been true to the promises she made, and served as best she could in an era where Governments increasingly abandoned Christian principles and morality, passing laws that underscored this reality.

Thank God for the Queen. Long may she live! Even longer may her influence survive!