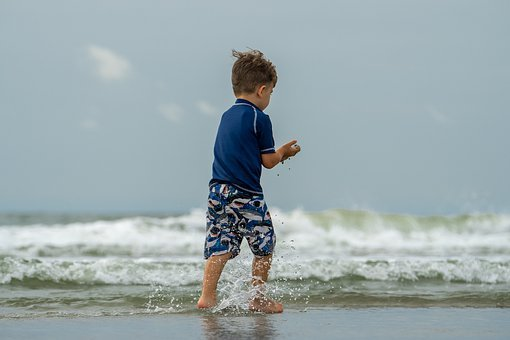 I am a mere beginner in this gift, and make no great claims for my record in using it, but God doesn’t mind this. He is simply looking for someone that is willing to speak out and take childlike risks (Matt 18 v3). If we want a safe life without misunderstanding or rejection then the word of knowledge and the healing gift (which often work together cloesly) are not for us.

After all, if we are incorrect in the word of knowledge we share, mostly the only thing that suffers lasting hurt is our pride. Also, I have learnt that even an outright denial by someone doesn’t mean that the word of knowledge we gave them was wrong, it just means we don’t get to witness the next stage of God’s work in that person’s life. Mostly if someone gives me a word that is wrong, I thank them for engaging with God on my behalf and move on.

Jesus moved in this gift all the time. Very early in the gospel of John Phillip brought Nathaniel to him, and Jesus shared a word of knowledge:

When Jesus saw Nathanael approaching, he said of him, “Here truly is an Israelite in whom there is no deceit.”

“How do you know me?” Nathanael asked.

Jesus answered, “I saw you while you were still under the fig tree before Philip called you.”

Jesus said, “You believe[h] because I told you I saw you under the fig tree. You will see greater things than that.” He then added, “Very truly I tell you, you[will see ‘heaven open, and the angels of God ascending and descending on’ the Son of Man.”

Nathanial’s response indicates Jesus has told him something of much greater significance than first meets the eye, a word of knowledge may not be impressive to others, but to the person receiving it , it is a huge divine jolt. Jesus doesn’t give seemingly astounding details. There were many fig trees in Israel with many Jews  underneath shading from the sun. Nathaniel thought he was unobserved. It’s worth noting that the fig tree in scripture symbolises Israel.

Was Nathanial crying out from the depths of his being for the consolation of Israel, pleading with God for a revelation of who the real Messiah is. If so, for Jesus to say he saw him, which was physically impossible, means that he knew what Nathaniel was praying and perceived his pure heart. Was Nathanael lamenting the impurity or inconstancy of his own heart, condemning himself (Acts 8 v21)?

Knowing that God understands us – personally – in our unique struggles, brings sweet relief and hope. Nathaniel goes on to follow Jesus unswervingly, a true Israelite indeed!

Every time I preached at our old church I sought God for a few words of knowledge. This is challenging in local church because you hold so much ‘knowledge’ about the congregation, but I was determined  to grow in all the gifts.

One morning I brought three distinct words which I assumed were for three different people, perhaps for visitors on holiday? One was specific about a left ear with painful pressure. The second described lower back pain with sharp pulses of pain and the third,  arthritis.

Honestly, I had reached a stage where I almost expected zero response, or, if anything someone wouldcome to me a week later. Ideally there is an immediate response, the word of knowledge releases faith. I would still pray for someone later, but with a distinct awareness that the Kairos (now) moment had passed. So this time I was pleasantly surprised as one of the mature ladies from the congregation hobbled out towards me, before I gave the invitation. She was not a regular ‘at the altar’.

All three words are for me she said breathlessly. The accuracy was astonishing. As I laid my hand on her head, the power of God fell on her. Not normally prone to outward manifestation, she shook like a tree in a storm and fell, providentially someone behind broke her fall. She sat in the front row shaking violently, and I say with due reverence, God’s power was all over her.

I don’t know if the three conditions were healed long term, but I do know those words opened up the heavens over her for God to rush in and touch her powerfully. It wonderfully encouraged me to keep reaching out for this gift too. We all need encouragements along the way, and the fact that I knew this lady and her phlegmatic  temperament confirmed that this must be of God.

Maybe you are exceptionally gifted at apologetics, discoursing articulately with atheists, evolutionists and Jehovah witnesses for hours. I reach a point of frustration, I value discussion but if we’re up against a stronghold, we need to tackle it spiritually (2 Cor 10 v3-5). I learnt painfully long ago that I’m never going to argue a stronghold down. It is impervious to logic and resistant to love. Like firing long range arrows from a hillside castle across a ravine, we may be absolutely right in what we are saying but it’s fruitless if we are not reaching the person. A stronghold misdirects focus, devouring time and energy much needed elsewhere. Is an ‘argument’ more for our own reassurance, and does it become about ‘winning’?

A word of knowledge can pierce penetrate the most embedded defence system, disarming all!

Opens the way for other spiritual gifts to operate freely

The word of knowledge and healing are often ‘bedfellows’, but there are many other ways the gift works. It inspire the gift of faith, which leads to the working of miracles. Or it can spark off the gift of wisdom which is brought through the interpretation of a word in tongues.The gifts are designed to flow freely together in a complementary and spontaneous stream of God’s life, power and revelation into the world around us (Ez 47 v1-12).

Often there are perplexing and potentially divisive conundrums in pastoral work. Picture this scenario: a man from your congregation knocks at your door. He is red faced and furious because you are not allowing him to lead the Alpha course. It’s a combustible conversation, but God gives you a word of knowledge. He is ‘really’ angry with his father (not you), who abandoned him when he was very young placing adult responsibilities like a millstone around his neck. Many opportunities and pleasures passed him by because he felt obliged to protect and provide for his distraught  mother.

Immediately your heart swells with compassion for this man. You gently share this revelation. He breaks apart and weeps on your shoulder as you assure him of your complete support. He now perceives with joy a clear path to wholeness. One day you may ask him to lead Alpha!

Paves the way for the gospel

Rev William Brannum the 1960s American healing evangelist was extraordinarily gifted in healing  and synonymous with the word of knowledge. There was controversy around him in his later years but then confusion and condemnation seems to be a price ministers pay for powerful ‘supernatural’ ministries. To his credit Rev Brannum always used these gifts to create a platform from which to preach the gospel

I watched a 3 minute video on YouTube where he calls an elderly lady forward. He gently puts her at ease, and binds up ‘psychology’ in the room. He was accused of using psychology (the power of suggestion) on people rather like a magician or charlatan clairvoyant, as some ministers are today. He  describes her cancer, stomach problems, and heart issues, in technicolour detail. Then he asks if these are true, and she answers in the affirmative.

Finally he tells her that she lives in the city (where the meeting is), also giving a street and house number, and sends her home to be well, the whole room gasps in amazement. I felt genuinely emotional as he said these things and stretched out his hand to her. William Brannum capitalises om the rapt attention of the congregation to preach the gospel. The word of knowledge is not an end in itself, but rather a weight-bearing bridge to bring people to the knowledge of God.

Both in us, and in the person we are witnessing to, the word of knowledge releases tremendous faith. God is alive; intimately connected and concerned to help his creation. Without faith we can’t please God (Heb 11 v6). Please Holy Spirit, give us this precious gift!

Daniel Holland is a UK missionary with Through Faith Missions. He wrote “Through The Tunnel – Free at Last” published by PUSH Publishing, as his personal testimony. His second book “Prophetic Evangelism – Kingdom Exploits in the Risk Zone” was reissued in an expanded second edition in August 2021, via Christian Publications International: https://christian-publications-int.com/PropheticEvangelism.html

Here is a link to a Prophecy Today review of Dan’s recent book: https://prophecytoday.uk/study/resources/item/2076-review-prophetic-evangelism.html