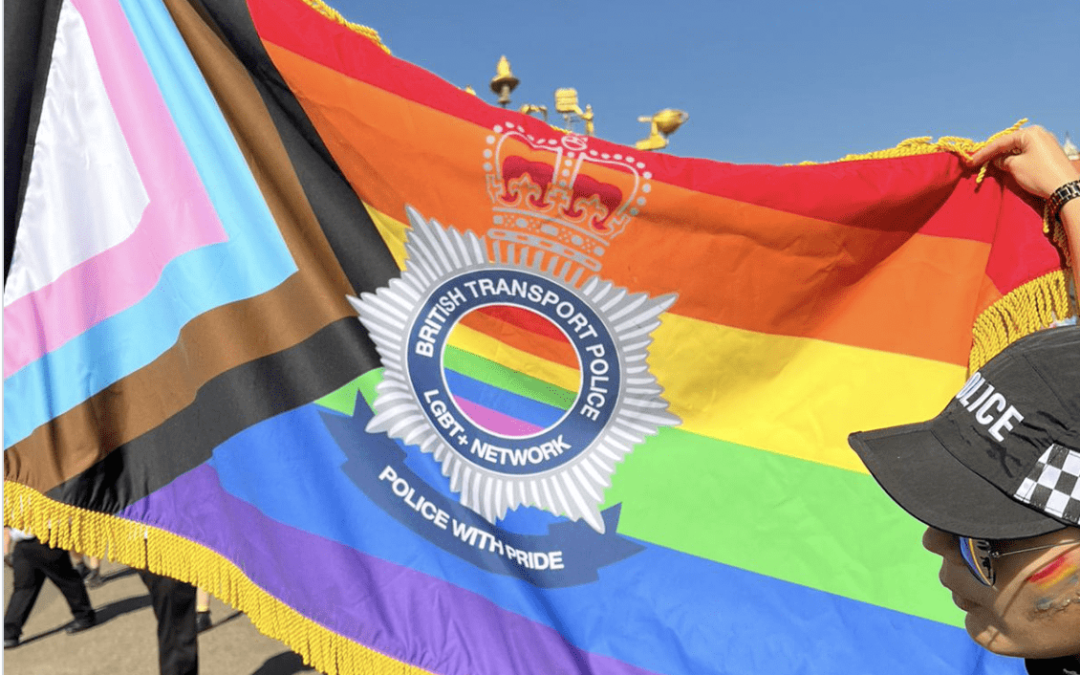 “Democracy” has taken a terrible step when the Police openly support sectional interests. Re-tweeted from Citizen-Go with minor redactions, edits

The British Transport Police (“BTP”) took part in the 2022 Brighton Pride event at the beginning of August, where they held up an ‘intersectional’ rainbow flag, emblazoned with their official insignia and the slogan ‘Police with Pride’. Pride is a highly politicised event that promotes and supports gender ideology along with a number of sexual fetishes.

By participating the BTP signalled their support for a controversial political stance. The placement of their insignia on an intersectional flag demonstrated implicit support for two movements; transgender activism and critical race theory.

This is unacceptable. The police force is a public body that is explicitly banned from taking part in political activity, and any behaviour which could cause their impartiality to be questioned.

BTP then used this political event as a recruitment drive – advertising political opinions to the wider world on social media and specifically discouraging people who might be offended by their participation in Pride or their political flag, from applying for a job with the force, with the following tweet: ‘Inclusion isn’t political, and we’ll always celebrate being as diverse as the communities we protect. If you’re offended by this, please don’t apply to work for us – thanks’.

BTP has made it clear that if you are offended by transgender ideology, or you believe that critical race theory is an unhelpful and divisive Marxist trope, then you are not allowed to apply for a job with them. They later attempted to row back with a tweet about gender-critical beliefs being protected under the Equality Act, but the damage has been done.

The police are public servants who should act without fear or favour. They must not be seen to represent any one political cause. Right now, it is clear that social conservatives who do not support ‘progressive’ sexual politics, people from faith backgrounds, and even feminists, are now effectively disbarred from working for BTP and keeping our railways safe.

Sign the Citizen-Go petition, demanding that Lucy D’Orsi, Chief Constable of the BTP, condemns social media posts put out by her force, and distances BTP from gender ideology and critical race theory. BTP should be a police force that welcomes potential employees irrespective of their political beliefs:

Add your name. Tell the Chief Constable of British Transport police how appalled you are by the political behaviour of her force.

The BTP should stick to policing not trans rights:
https://www.spectator.co.uk/article/the-btp-should-stick-to-policing-not-trans-rights

Don’t like progressivism? Don’t apply to work for us