DIVERSITY AND INCLUSION – JESUS GOT THERE FIRST 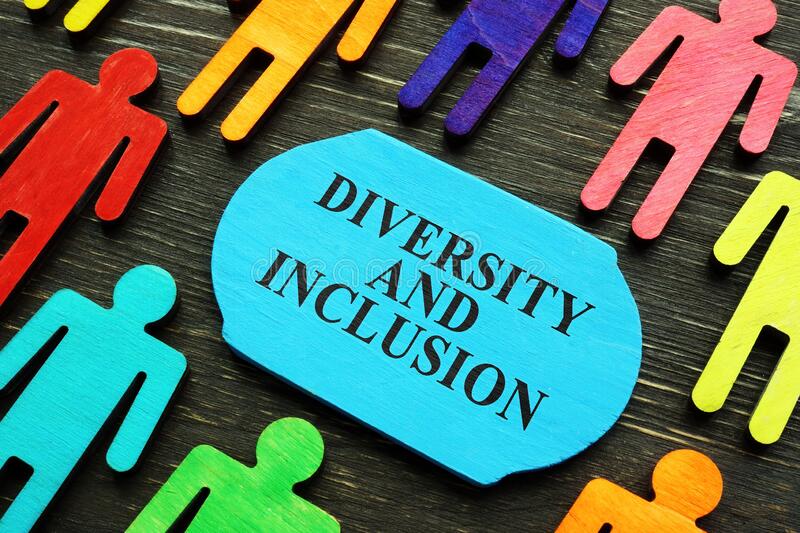 It’s funny, isn’t it, that so often the world plays catch up with its Creator God. The world has ‘a good idea’, only to discover that God was there 4,000 years ago! Right now no organisation wants to be seen in absentia in relation to “D&I” (“diversity and inclusion”). In fact some HR departments would see themselves today principally as D&I Departments, rather than mundane old “HR” (which some wit once described as “human remains”!) whose task was once to look after pay and rations.

D&I is being ‘pushed’ as never before. At one level, of course, Christians generally are quite comfortable with all this; for heaven’s sake, “diversity” and “inclusion” is what the Gospel is all about, as we shall note shortly. At another level, though, D&I is really a cover story to promote certain agendas that must be described simply as “woke”. Under D&I anyone who does not ‘buy’ the fashionable narrative, such as ‘gender fluidity’, is branded under D&I as someone who suffers from unconscious biases and (probably) needs to be sent on a (expensive) course run by ‘specialists’ to have their ‘biases’ straightened out. Reeducation camp course, seems not to be too far removed from the truth as we consider this new phenomenon in the round!

We need waste no more time on D&I here; most readers will already have their own views. Woke corporatism seems to be destroying economic value, as corporations choose determinedly to alienate some of their core customer base – such as women! If there is such a thing as a corporate woke index, then watch the values of the woke leaders over the years 2023 – 2026. Expect a steady decline and (perhaps) adjust your investment portfolio accordingly.

BTW nothing you read on Christian Comment is to be considered as investment advice! As the woke companies like to disclaim: “you should not construe any information or other material as legal, tax, investment, financial, or other advice. Nothing contained on our Site constitutes a solicitation, recommendation, endorsement, or offer”. There, I think that covers it! I may be old-fashioned on the XX and XY chromosome front, but I know precisely how to disclaim, and I’m up there with the best of them in disclaiming!

Let’s get this right. Jesus’ call to all men (that’s those with XX and XY, we are being very inclusive, here) is quite simple, and can be summarized in two words: “follow me” (Matthew 4:18). We do sometimes make this rather obscure and even over ‘intellectualize’ in the Christian Church. But what Jesus demands is quite simple – and those two words above cover it – completely. The command remains today. But who precisely can respond?

That’s where the gospel’s D&I credentials come in. Our need to follow Jesus is determined by our overarching need for new life – and only Jesus can grant that. We are all included. All people are rebels (sinners) and all have earned death (Romans 6:13). We’re all included – and we’re all equal! There’s classic equality for you!

There is only one way out of this eternal dilemma and we’re all included – we’re all equal. The way out is to follow Jesus as a disciple. We can debate what this actually means in practice (and I’d encourage people to do so) but followership involves acknowledging the Headship of the Person that we follow. In reality and in practice it means following (not running-on ahead) and waiting upon our Lord.

If I may say so, controversially, it means not telling Jesus – the author of life – that we have made now up new rules to ‘define’ what X and Y chromosomes actually mean. God has already determined: male and female He created them (Genesis 1: 26). That’s thoroughly inclusive – we’re all included in that wonderful creation reality, and we cannot change it. Praise God!

“The Lord is not slow to fulfill his promise as some count slowness, but is patient toward you, not wishing that any should perish, but that all should reach repentance”. 2 Peter 3:9,

God wants ALL to reach repentance and extends His offer to ALL. His offer is to all, not just to some. That’s diversity for you – and we expect His Kingdom to be peopled by persons from EVERY tribe and tongue:

After this I looked, and behold, a great multitude that no one could number, from every nation, from all tribes and peoples and languages, standing before the throne and before the Lamb, clothed in white robes, with palm branches in their hands, (Revelation 7: 9).

As the Bible reminds us:

God loved the world in this way. He gave his one and only Son, so that everyone who believes in him will not perish but have eternal life. (John 3: 16)

Again we must note that the “giving” of His Son was for all (that’s inclusion for you). Allowing that people from all tribes and tongues will choose actively to respond, we can reemphasize the inclusivity of the good news. EVERYONE CAN BE SAVED, not only for now, but for all eternity.

We commented earlier that God was there 4,000 years ago. I’m thinking of His choosing of a Nation to be a representative people, we might say a prototype people – Israel. As we come into God’s Kingdom we enter into an extended Israel, into an eternal ‘chosen’ people.

Ephesians 2:14 that reminds us that once called, the two that had been complete opposites, that were once irreconcilable, are now fully and completely reconciled in Messiah Jesus. Whether Jew or Gentile (so that’s all Mankind, inclusivity within diversity, once again) we have the free opportunity to reeive Jesus and simply to follow Him.

“For he himself is our peace, who has made the two groups one and has destroyed the barrier, the dividing wall of hostility by setting aside in his flesh the law with its commands and regulations. His purpose was to create in himself one new humanity out of the two, thus making peace.” (Ephesians 2:14).

How wonderful indeed! Praise God! Let’s have a final reflection on the wonders of Godly diversity – and inclusion.

We ‘own’ each other and we need each other. Diverse we may be, but we are all included-in the body of Messiah! Yes, God got there a long time before the HR department!

Peter Sammons is a procurement specialist. He also runs Christian Publications International and has authored several books including “One Flesh – What Jesus Teaches About Love, Relationships, Marriage – and a Lot More!”